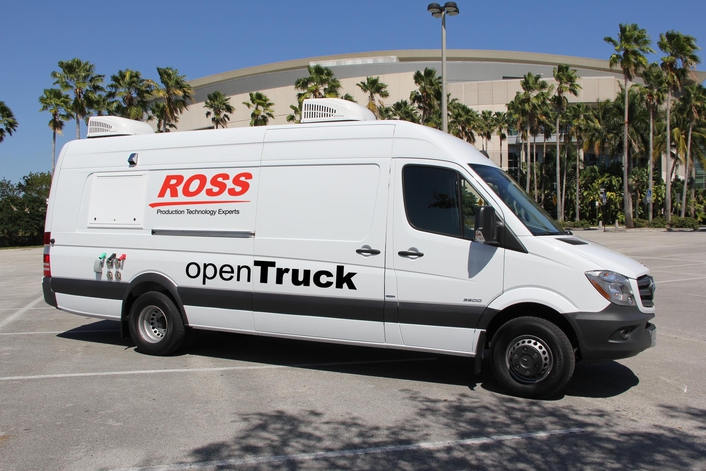 .
In October 2013, Ross Video charted out a new strategic roadmap by acquiring South Florida-based Mobile Content Providers (MCP) and, in doing so, officially entered the remote-production market. Just over a year later, Ross Mobile Productions (RMP) has already experienced tremendous growth, increasing its fleet from two to five trucks and gaining a foothold in the linear-TV market after primarily serving streaming shows in the past.

“To say we’ve grown quickly is an understatement,” says MCP founder Mitch Rubenstein, now president of RMP. “We now have an office in New York, and, in Florida, we moved into a new office that is twice the size of [our previous location], partially in order to build more trucks. 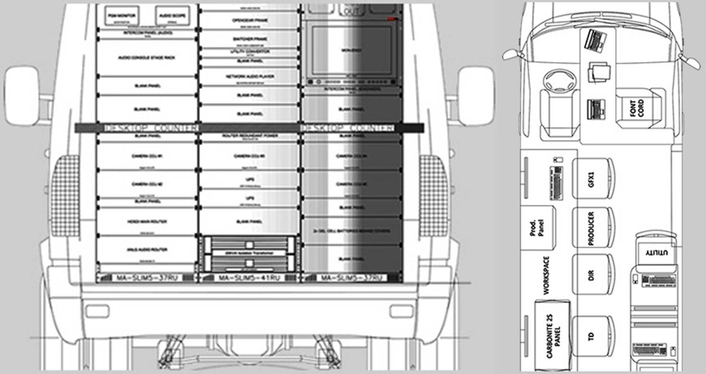 The new trucks have stayed plenty busy in the mid-market niche that Ross is looking to serve, working college-basketball packages with the America East Conference, ESPNU, and NBCSN, including the Kentucky Wildcats’ Big Blue Bahamas Tour (three games on ESPNU and the first-ever live event on SEC Network). RMP has also inked a deal to produce all games for the new FXFL development football league and is working with Alliance Productions on a Conference USA football package (RMP is packaging, but Alliance is sole mobile-unit provider).

“I’m proud of the fact that we’ve been able to go from a company that did most of our shows on the Internet level to now primarily on the linear-broadcast level. And the reaction from our clients has been so positive because we have been able to deliver,” says Rubenstein. “[Broadcasters] are focused in on what we can do for them: the quality we can provide and the affordability while maintaining quality. And I think they’re excited about it.”

Not surprisingly, RMP’s fleet of FIN (Future Is Now) trucks are built around Ross video gear and are modularly designed for Ross’s openGear open-architecture initiative, which will allow outside companies to fabricate their own mobile units to RMP’s exacting specifications. Housed in 170 extended Mercedes Sprinters, the FIN units feature 2.5M/E Carbonite production switchers and three XPression real-time motion-graphics systems: a two-channel Xpression used solely for graphics, a two-channel Xpression that acts as both a backup and a SpotBox for the Carbonite switcher, and an Xpression GO! for the score-bug graphic.

“We have the best [equipment] Ross has to offer within the trucks, but we have deployed it very uniquely,” says Rubenstein. “Whereas, in the [traditional] Ross workflow, everything came out of one Xpression, we separated it because we graduated to more linear shows that require us to separate it all for the TD [technical director]. So, basically, we re-created the 53-ft.[-truck] production model.”

In addition, all trucks are equipped with EVS XT Nano slow-motion replay server, a Soundcraft Expression audio board, a Riedel audio router.

With an eye toward booking more linear shows, RMP also purchased its own battalion of Ikegami HDK-95C cameras, outfitted with Canon HD lenses. Each truck carries up to six Ikegami cameras.

Rubenstein says that the RMP model allows the equipment complement to dynamically evolve over time. “We challenge every one of our partners to grow as we grow because we’re always growing our products and evolving them. And being a technology company, we expect the same thing out of others that we’re working with, and that’s why we’re very selective in how we choose. We’re always tinkering.” 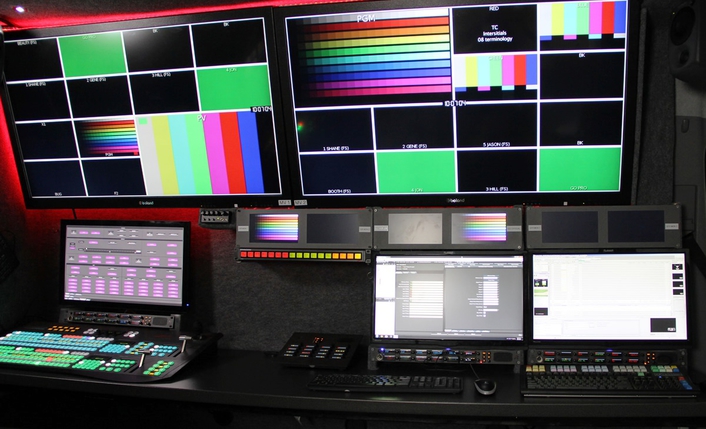 As for the future, Rubenstein sees RMP continuing its push into the linear-TV landscape and away from the streaming shows that previously defined his company.

“I think that the nonlinear, Internet side is very saturated, and I think schools and [producers] are moving toward doing [streaming shows] themselves,” says Rubenstein. “It’s getting more and more affordable to be able to do the Internet shows yourself, which is great. That’s why we’ve identified our market for more linear shows.”