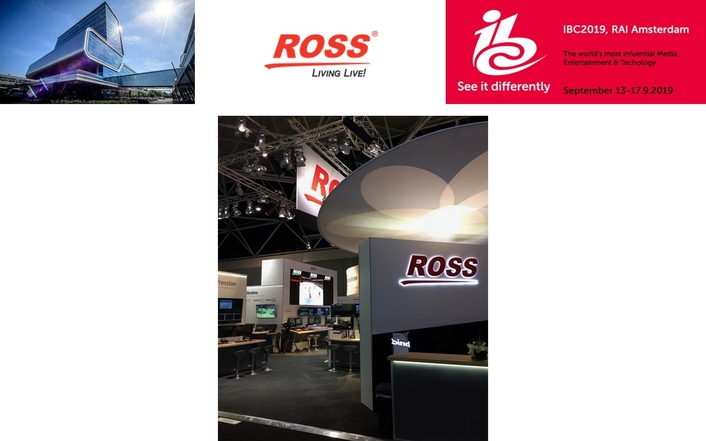 In advance of the event, Ross is very pleased to announce several innovative new solutions and provide updates on significant feature enhancements to existing solutions, all of which will be available for demonstration on booth 11.C10 throughout the exhibition:

pro-xi® – the first product to emerge from the acquisition of Portalis, the pro-xi® integrator revolutionizes the way control rooms and command & control centers around the world are designed, engineered and managed. The pro-xi® integrator enables control room operators to simultaneously view and actively control multiple computer systems from one workstation, using one keyboard and one mouse.

Piero – the innovative and award-winning sports analysis tool makes it first appearance at IBC since being acquired by Ross Video. Piero uses image recognition or encoded camera heads to overlay tactical graphics on sports content. PIERO brings new angles to every game, on the screen and in the studio, with visually engaging and informative effects.

OverDrive V19.1 – OverDrive has been updated for IBC to support the Carbonite Ultra production switcher, which includes MiniME and Multiscreen Canvas support, and also features a host of folder management and organization improvements.

XPression V9.5 – the industry’s fastest growing real-time graphics platform has been updated for IBC with the launch of the new M8 hardware platform that includes both 2RU and 4RU HD-SDI engines.