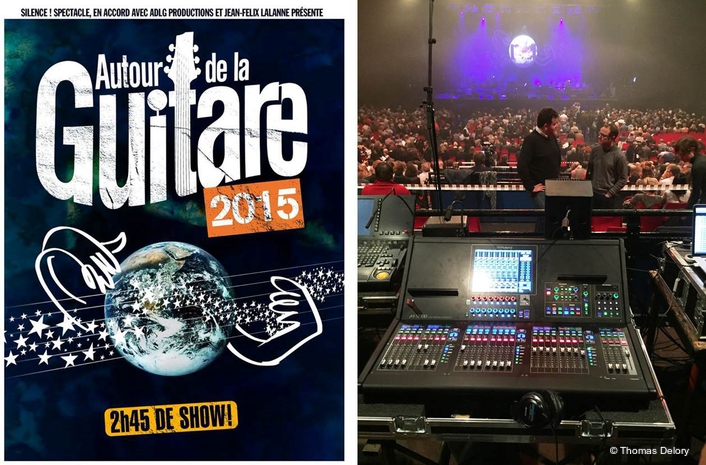 Chosen as the FOH console by tour production company ‘Silence!’ the M-5000 was specified because of the consoles’ intuitive workflow, flexible architecture and great sound quality - plus the fact that so many features came in such a compact footprint.  FOH Engineer, Manu Guiot (designer of the Notre Dame de Paris musical amongst other high profile projects) was at the helm of the M-5000 for the tour.  Commenting on the M-5000 M. Guiot explained;  ‘It was the first time that I had seen or used the Roland M-5000 and my initial impression was good and that in comparison to other consoles at this end of the market that I had used before it was right up there.  The console includes some really good features and after messing around with it and trying it out I found that I really liked it.  The M-5000 had a good sound and was easy to use’.

The M-5000 mixed down 64 channels delivered from the I/O boxes on the stage using 2 stereo outputs and 1 mono output to connect.  Inputs from the band on stage were provided by the Roland S-4000S-3208 Digital Snake (32x8 Modular Stage Unit), connected via Cat5e cable at 96kHz using REAC (Roland Ethernet Audio Communication).  The M-5000 has two REAC ports which allow extra I/O boxes to be added.  A third REAC port can be used for connecting to monitors or recording.  On the Autour de la Guitare tour this third port was used to connect to the Roland R-1000 stand-alone recorder. With up to 300 inputs and 296 outputs available on the M-5000 (and more at 48kHz), each managed in separate patchbays, any input can be patched to any or multiple outputs without having to be patched through a mixing channel.

Working alongside Silence! on the tour preparation, Thomas Delory from Roland Central Europe commented ‘both FOH and System Engineers were highly satisfied, confident and proud to work with the new M-5000.  In fact, Silence! have already decided to specify the M-5000 for a second classical live show ‘Fauteuil d’Orchestre’ and for possible television production work in the future’.

The M-5000 is based on a proprietary Roland platform known as O.H.R.C.A, which stands for three key concepts: Open; High Resolution; and Configurable Architecture. This internal architecture is not fixed to any configuration and can be freely defined within a range of up to 128 input or output channels or busses, allowing the operator essentially to ‘build’ a console to suit the application. Each path can be used as a mixing channel, AUX, matrix, subgroup buss or MIX-MINUS buss in any input/output configuration. All paths are delivered at a pristine 24-bit/96kHz sound quality.  This open audio architecture supports Dante, MADI, Waves Sound Grid, and REAC audio protocols, as well as audio delivery over video using SDI, DVI and SFP cabling. 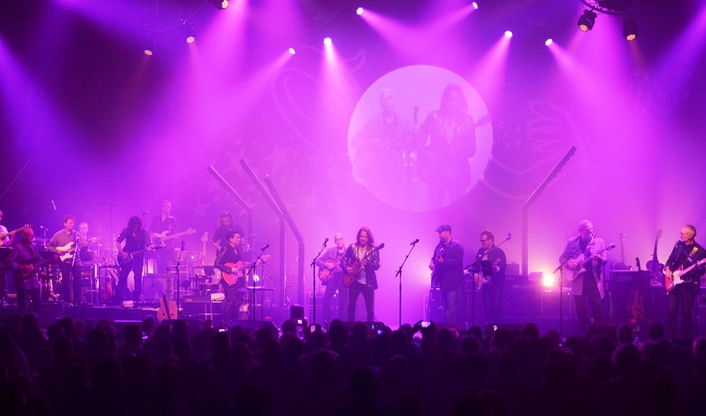 The Roland M-5000 Digital Mixing Console has been out on tour recently- mixing FOH on the 23 date ‘Autour de la Guitare’.