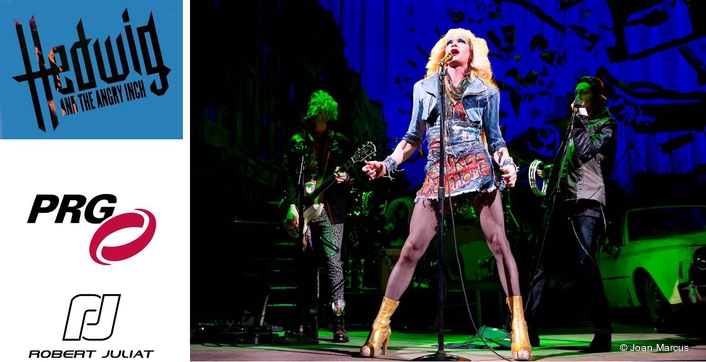 Neil Patrick Harris as Hedwig at the Broadway's Belasco Theatre, NYC
The unconventional rock musical “Hedwig and the Angry Inch” is lighting up Broadway, and its lighting designer, Kevin Adams, is using Robert Juliat Victor followspots to light up the stage at the Belasco Theatre. 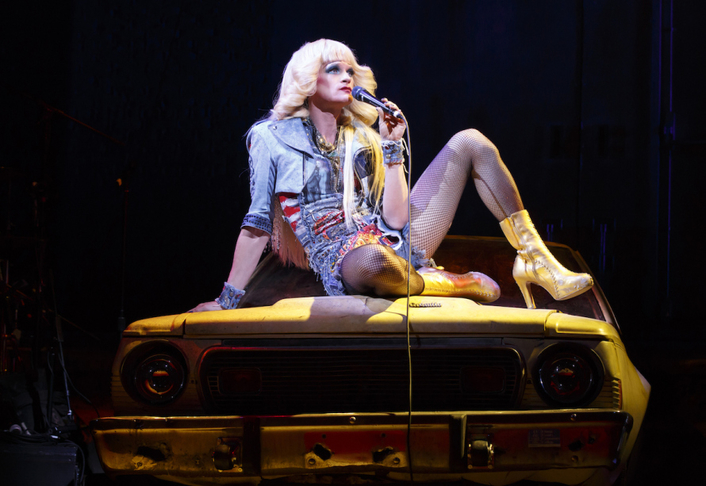 Adams consulted with his associate Paul Toben on what followspots to use for the show, and Tobin “spoke highly” of Robert Juliat’s Victor 1800W MSR followspots.  “He knew the parameters and selected the Victors,” Adams says.  “We needed really bright, white spots, but we also needed quiet, small units since we were putting them in the house close to the audience.  With this in mind Paul knew we’d be happy with a pair of Victors.”

Adams explains that the Victors “are really close to the box seat wall, so there is no room for someone to stand at the wall side.  The spot operators have to stand on opposite sides of the unit.  I had a lot of anxiety about whether we were going to be able to keep that position.”  The solution?  One of the Victor followspots is a left-handed model.

“They are a dream come true – super bright with a really even field of light,” Adams reports.  “The Victors are very white, so whatever color we put in it looks great.  We never have to balance them.  And they’re also really quiet.” 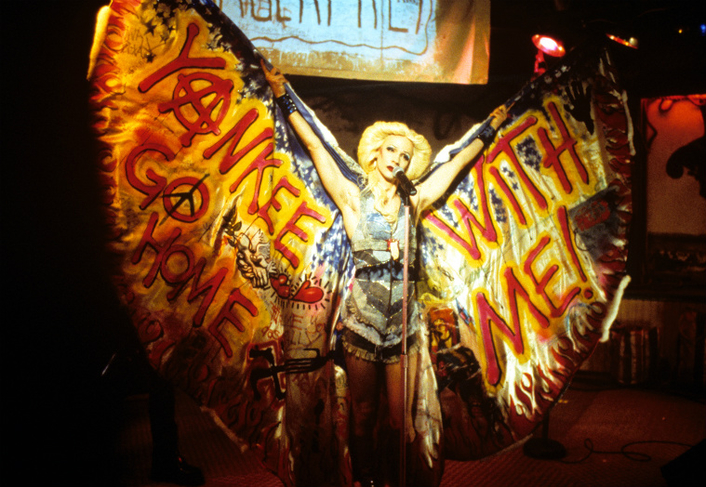 He says the followspots are “holding up well” during performances.  “They are everything I was hoping they could be and more.  They’re terrific!”

Adams acquired the Victors from PRG.