RTL-TVI, a Belgian television station owned by the RTL Group, is the most popular television channel within French-speaking Belgium. Amongst its highlights is its coverage of Champions League football which it delivers from an exciting, versatile virtual studio in Brussels, filmed against a green screen background created by Zero Density.

For the successful creation of this virtual studio, director of photography at RTL Belgium, Filipe dos Santos, searched for a high quality, low energy lighting solution which would allow him to create a green screen environment suitable for the high standards of broadcast and the exacting demands of a highly technical augmented reality system.

Seventeen Dalis 860 Cyclights are rigged in the grid and used to light the backdrop green screen and the presenters who are situated 1m-1.50m in front. The Dalis 860 fixtures successfully deliver a seamless wall of light with no unsightly overspill. Four Dalis 861 Washlights are used at the angles to cover this critical area with even light and maintain uniformity. Finally, seven Dalis 862 Footlights are sited at the front of the studio space at floor level to light the presenter at the front section of the green screen area who moves around freely within the augmented reality environment. 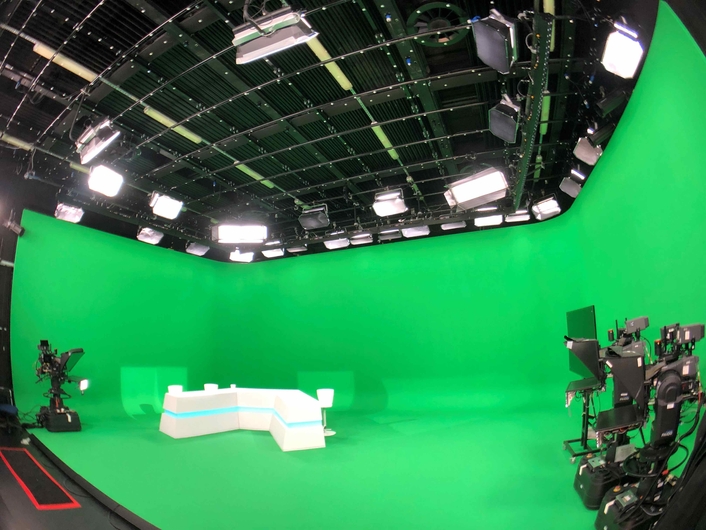 A solution from Zero Density is used to embed images for the augmented reality environment. This solution is very demanding when it comes to the quality of the green screen, so the lighting system needed to be very high quality and with the ability to accurately adjust the white balance and re-saturate the green as necessary. 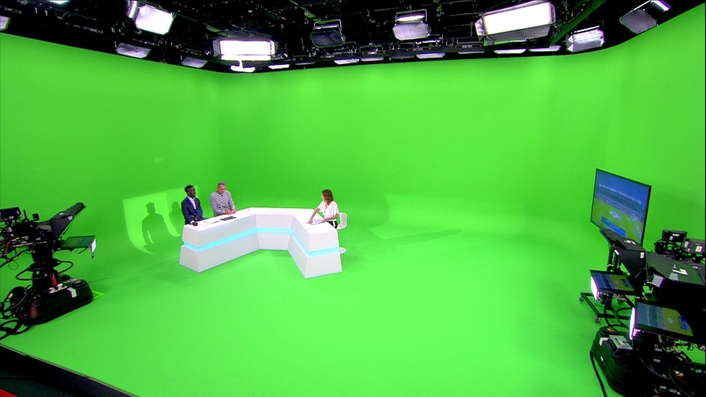 Dalis proved ideal for this because of its ability to fine tune the balance between cool and warm whites, allowing Dos Santos to match the backdrop and front lighting precisely. “This studio is visited by many people, and all of them have been inspired by the way Dalis 862 helps us to erase the green shadows under the chin,” he says. “The Dalis CRI is already at 97, and I can get an even better white light by mixing the colours rather than using a source of pure white lights.”

The degree of control was also a vital factor in achieving perfect consistency and uniformity of light across the background screen. “The 4-group control mode is a real benefit in the Dalis 860 because it gives a better accuracy and control over the adjustments to complement the front lights,” he says, “and to enhance that all-important green backdrop.

An LED solution was preferred, not only for reasons of environmental sensitivity, but also for the almost silent nature of the Dalis units: “The air conditioning system allowed only for a limited level of heat emission, so an LED solution with lower heat emissions was preferable to a conventional tungsten cyclight,” says Dos Santos. “But Dalis is also silent compared to other equivalent solutions on the market, so we had no need to add sound absorption equipment in the studio.” 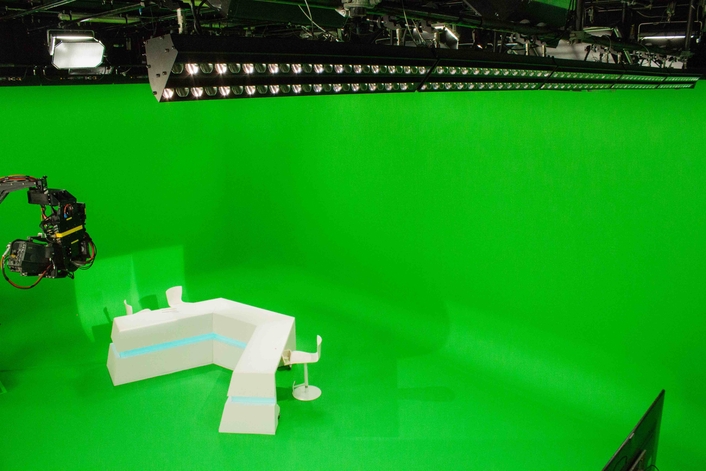 With its low power consumption, reduced costs in materials and air conditioning running costs, and ability to produce the finest whites and colours with great accuracy, Robert Juliat Dalis has provided RTL TVI with a truly green solution in every respect.