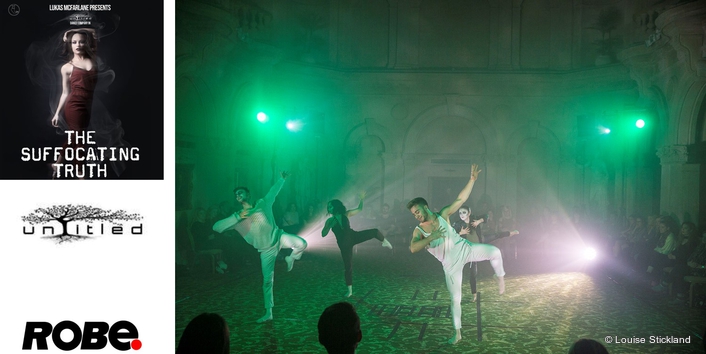 Robe's new Spiider LED wash beam is a versatile fixture that is making an impact in many environments … and even a few Spiiders will go a long way as lighting designer Gareth Weaver recently demonstrated when lighting a UK tour of intense dance piece "The Suffocating Truth", created by Lukas McFarlane of The Untitled Dance Company.

The show visited five cities and played totally different spaces in each. Apart from being highly adaptable, Gareth needed a rig that would fit into a trailer and work aesthetically in the six unique venues, that was also flexible enough to provide dynamic lighting for the work which explores sexuality, expectation and emotional crises.

In addition to the four Spiiders which were on the floor at each corner of the space, Gareth also used four Robe DL4S Profiles on Manfrotto stands. Moving lights were “absolutely essential to get the variety of looks and effects needed to build the tension and atmosphere," he explained.

He worked closely with Lukas who conceived, choreographed and directed as well as performed along with five others.

He worked closely with Lukas who conceived, choreographed and directed as well as performed along with five others.

Lukas had many ideas about the moods he wanted to create with the lighting and how it should work fluidly with the movement, so they evolved many layers of texturing with light which added scenic luminosity to the show. 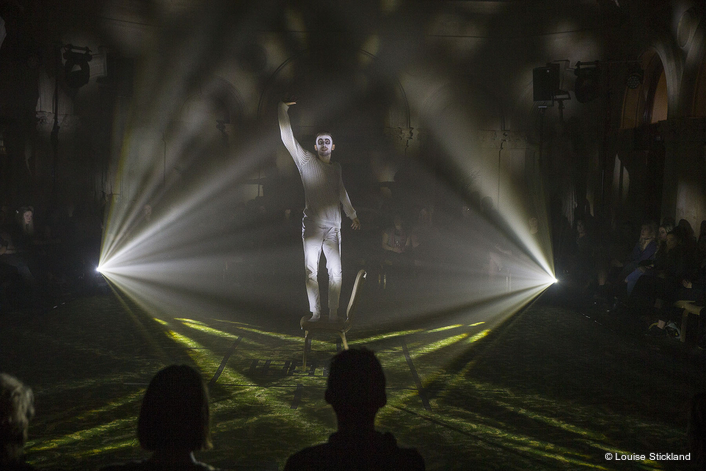 It was performed in the round which brought an additional resonance and made a very intimate connection with the audience who were virtually sitting-in on the action, which also heightened the need for very specific lighting.

The DL4S Profile was chosen because Gareth needed a fixture with good focus and shutters. He thinks these are "perfect" for theatre shows with those features plus the excellent colours. 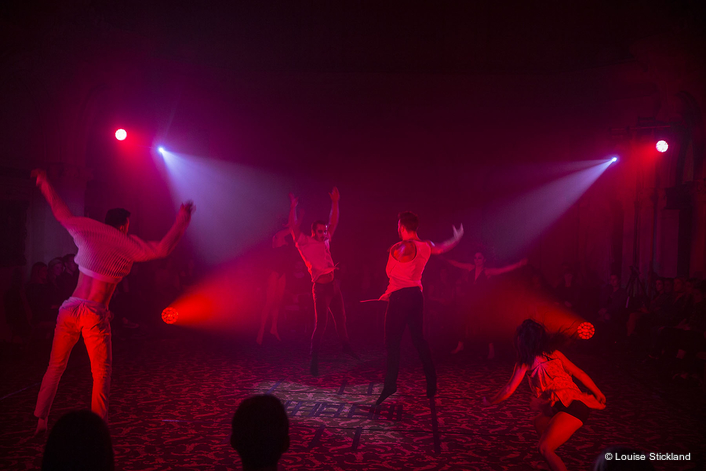 It was the first time he'd used either DL4S or Spiider on a show, but he's used many Robe products in general whilst working at charismatic Tobacco Dock event space in London. He had also visited the Robe factory in the Czech Republic which impressed him, so he was confident that he could rely on the fixtures.

His first impression of the Spiider was from studying the online videos and applying his imagination to the tech spec, and although impressed with this, he was even more pleasantly surprised by their appearance and brightness seeing them for real! He particularly likes the flower effect which is used strategically with great impact in ‘The Suffocating Truth’.

He also maximised the saturated colours, using them to develop some of the many nuances and motifs permeating the piece.

The flower effect was utilised both as a stand-alone visual layer and in conjunction with the Spiider’s powerful wash "having effectively a gobo at shin-buster level was extremely useful for this show", he said, and being able to zoom out to cover the whole space or provide tight, corridors of light defining the acting area brought another whole dimension of lighting atmosphere. 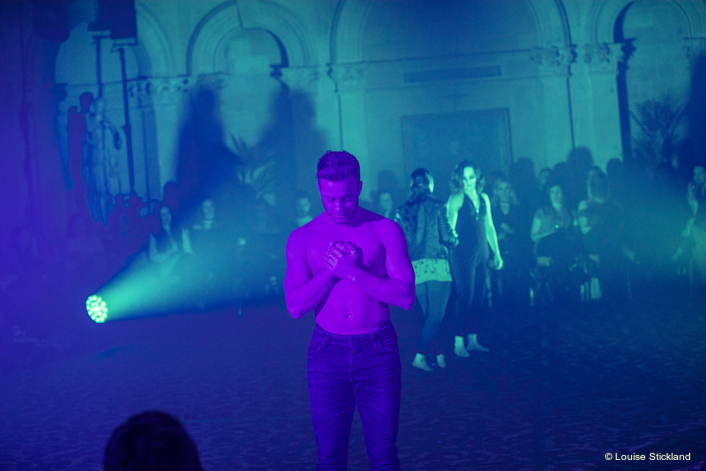 Another challenge on the tour was the considerable tweaking required to make the lighting work in each of the different venues in limited turnaround and technical time. Once again, having flexible fixtures was a key to optimising this.

Gareth thinks the Spiiders have some great features for dance shows, and worked in conjunction with the DL4S’s and four LED wash lights, his lighting cues added a physical presence and assisted in eliciting responses from audiences throughout the 90 minutes of  performance. 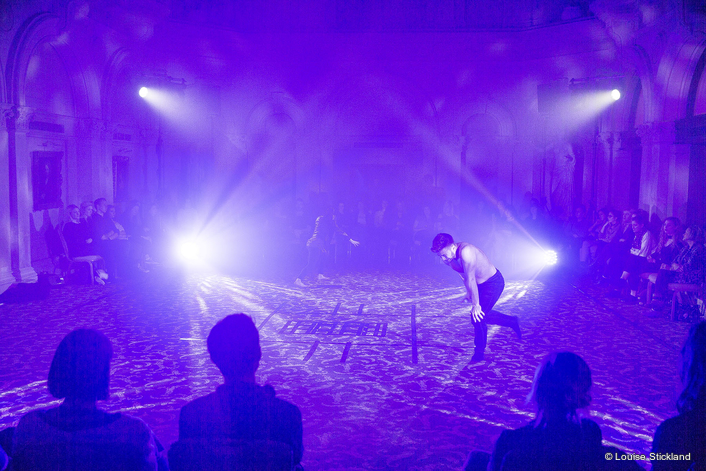 Around 250 cues in the ETC Ion console were fired via the QLab run soundtrack using OSC (open sound control) via Ethernet.

Gareth Weaver is a freelance lighting designer based in London. He graduated from Aberystwyth University with a degree in Scenography & Theatre Design and his current work includes a variety of corporate shows, events and brand activations as well as theatre and performance. Recently he has worked as a lighting operator for National Youth Theatre’s West End rep season and has lit the eSports stages / broadcast studios for the last three Insomnia Gaming Festivals. He will design lighting for the Call of Duty stage / studio at Insomnia60 in April. 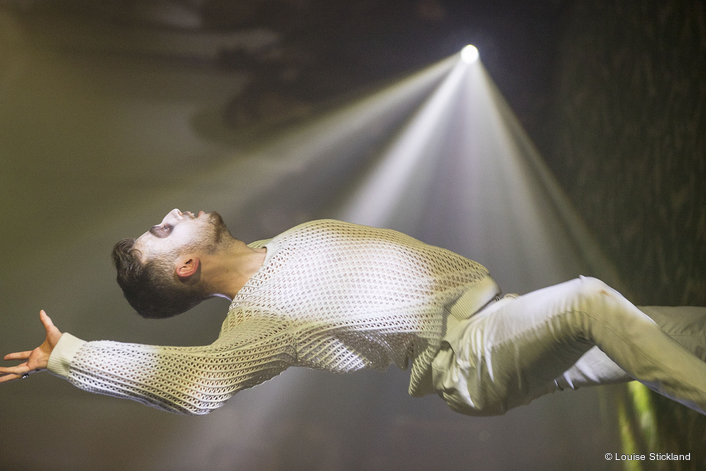