Robe is a Premium Choice

The Premium Staff Group is a large rental and production facility based in Mexico City, founded 7 years ago and owned by the very charismatic Francisco Estrada, who is also a prolific Mexican music show promoter.

A sharp and successful entrepreneur, he started purchasing sound, lighting and video kit when he realised that his own concerts could benefit from higher production values … at more cost-efficient prices!

Their main equipment warehouse is located in Toluca, the bustling capital of Mexico State about 60 kilometres south west of Mexico City, DF, and Francisco also has an elegant office in the uber-cool suburb of Polanco in downtown DF.

He thinks keeping up with the latest lighting and equipment trends is crucial to the success of his production company, and buying the Pointes was also a direct response to trends he has observed in the Mexican lighting market over the last year.

Premium’s 50 full time staff include several lighting mangers and technicians, all tuned in and aware of what’s being spec’d, used and talked about on the show ‘front line’. Francisco himself also keeps up with what’s new and trending in the technical production community, which includes the freelance LDs that Premium Staff uses on its own shows.

“When I started seeing Robe Pointes appearing with increasing frequency on band riders, - it was a simple decision – I needed them in stock,” explained Francisco, who also likes to ensure that the LDs working on his shows have access to the best possible kit. 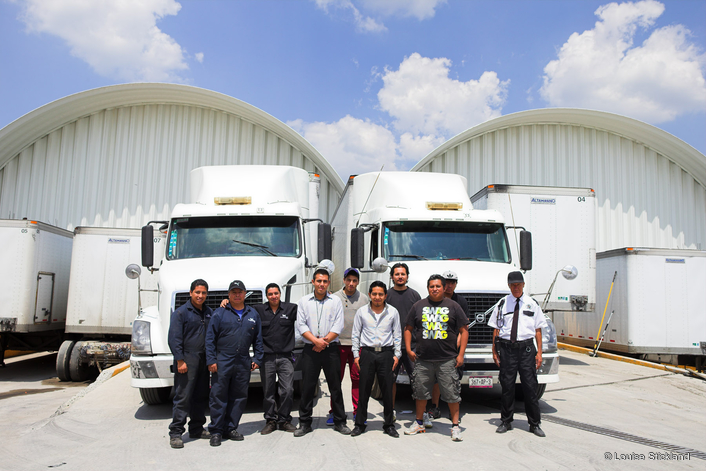 Premium Staff Group infront of their facility in Toluca

He observes that on the occasions when he’s introduced clients to Pointes for the first time … afterwards, they have always gone on to spec them thereafter – and nothing else will do! “It’s been a very typical reaction – they never go back to anything else,” he says with a little smile, adding that he should maybe receive a commission from Vari – for the additional business he is encouraging!

Premium Group will typically be supplying four or five large shows and events simultaneously around the country, each one of which will feature between 24 and 48 Pointes on the rig … so he will soon need to buy more!

He also keeps a close eye on the company’s Hire Track activities, “As soon as one show finishes, the Pointes will go straight out on the next one – such is the demand,” he says.

If there are any quiet periods in between their own shows, Pointes are easily cross-rentable as the current moving light ‘of the moment’ in Mexico.

From a commercial standpoint, it makes complete sense to have the units working and out of the warehouse as much as possible!

“LDs like all the features,” he says, “The good beam and spot functionality in particular … and the fact it’s powerful, fast and ideal for adding numerous looks and effects quickly to a show!”