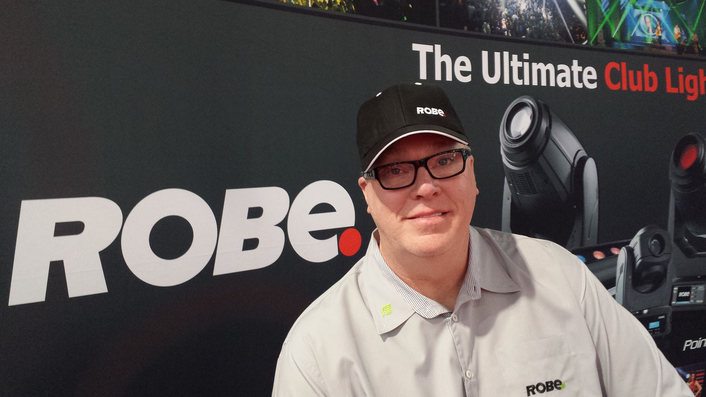 Due to customer demand and increased popularity, Robe Lighting is expanding its reach in the U.S. under new CEO Bob Schacherl. This is one of several new appointments to be announced in the coming weeks in order to provide Robe clients better sales support and enhanced customer service.

“This is absolutely a huge move for me,” said Hall. “Joining Robe is so exciting. It’s a big deal to work again with Bob and I’m so excited about the product line.  There’s an incredibly broad range of luminaires for both entertainment and architectural applications.  Now that I’ve had a glimpse of new product releases planned for this year, I’m thrilled beyond belief!”
Hall has more than 20 years of prior industry experience on a variety of sales teams including Vari-Lite, High End Systems, Hawaii Stage Lighting & Rentals and Sunbelt Scenic Studios.

Bob Schacherl said, “I have had the pleasure of working with Thommy for almost a decade. He has a great personality, incredible energy and passion for the industry.   As a result he has built an extensive list of contacts and developed long lasting relationships with dealers, lighting designers and end users that span the nation. We’re thrilled to have him on board and he’s is a fantastic addition to the Robe team.”