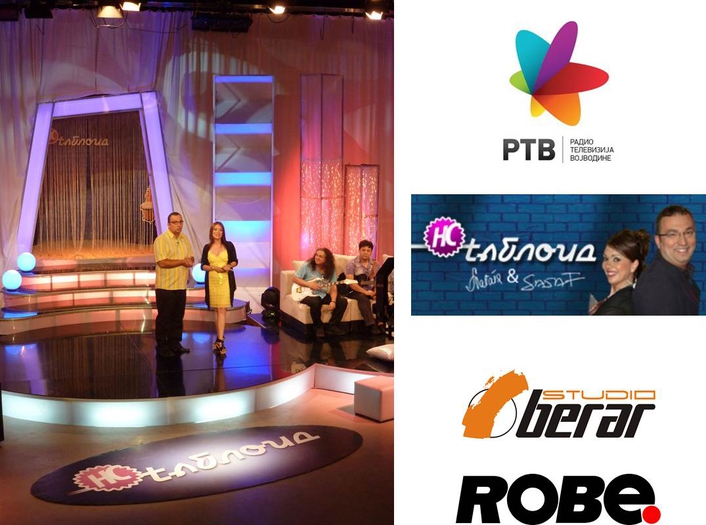 The programme is co-hosted by its originator Aleksandar (Saša) Filipović, together with Nataša Ilić-Jovanović
Robe moving lights – ROBIN 600 LEDWash and ROBIN 600E Spots - have been specified and installed at the Serbian national broadcaster RDU RTV Vojvodine’s main studios in Novi Sad, together with LEDForce 18s from the Light4ce range.

These were supplied by Robe’s Serbian distributor Studio Berar Projekt. The decision to go with Robe fixtures for the TV station was a collective one, made by all the lighting designers, DoPs, technicians and engineers involved in lighting their busy schedule of programmes.

Day to day, the new lights are being looked after by chief lighting technician, Irinej Hudak. They are currently being used on one of the most popular current affairs programmes on Serbian TV, Tabloid with Saša and Nataša.

The programme is co-hosted by its originator Aleksandar (Saša) Filipović, together with Nataša Ilić-Jovanović and is celebrating its 16th glorious year and more top ratings.

RTV wanted to upgrade the lighting in their studios for some time, and they are a long term customer of Novi Sad based Studio Berar Projekt. However this is the first time they have used Robe equipment, and they considered several options before making their final decision.

The team at Studio Berar Projekt conducted several demonstrations as the process unfolded, allowing RTV’s various lighting designers to see first-hand the brightness and other features of all the fixtures. 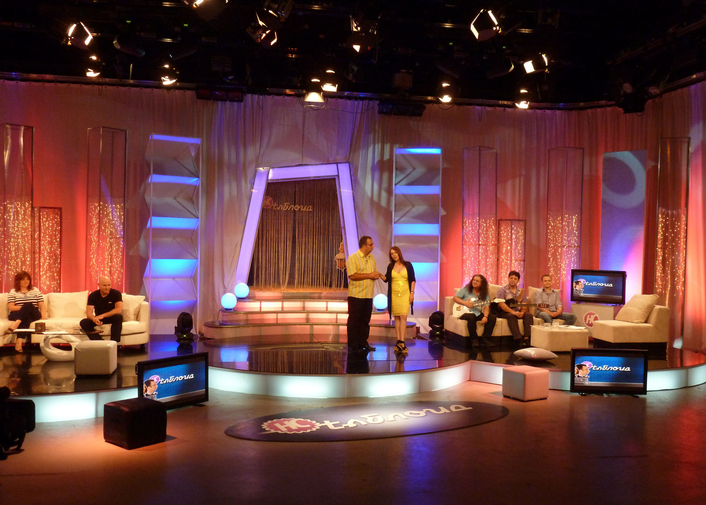 They were very impressed with the silent running of the LEDWashes and 600E Spots, which is important for chat shows, and really appreciate the range of gobos in the 600E Spots, that allow a good selection of effects.

Once delivered, the new Robes went into immediate use and have made a real impact on the lighting of several programmes.

The lighting for Tabloid is smooth, slick and colourful. There is a weekly array of guests, usually including two or three public figures, and a wide range of topics are discussed and debated in a very accessible and entertaining way.

All involved in Tabloid are delighted with the results and the new looks brought on by  using the Robes.

They have also been used on a number of other shows including; Novi Sad Postcards, 5kazanje and several OBs and outdoor events.

Lazar Josanov from Studio Berar Projekts comments that what people love most about the LEDWash series and the ROBIN series in general is the impressive light output, the many functions and the general ease of use, together with the all-important reliability factor.

“Robe products just seem to work - and go on working - in any environment and conditions – and it’s that innate durability that makes them so popular for a wide range of applications,” they comment.

In addition to the RTV studio, Studio Berar Projekts has also sold healthy quantities to theatres and rental companies. They are also expecting another substantial purchase from a TV station in the very near future following a recent demo.