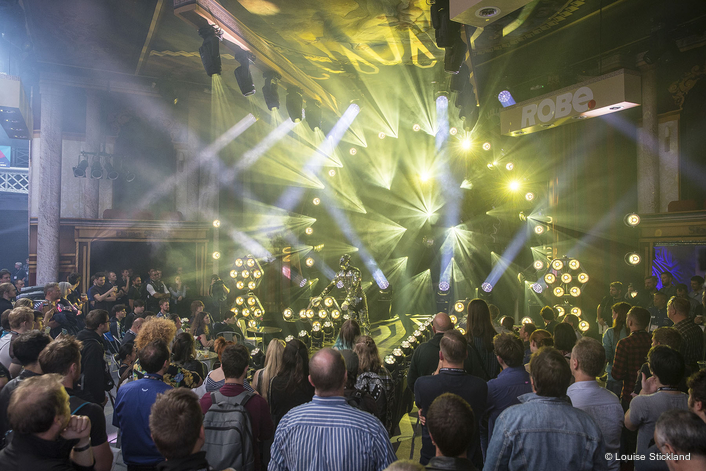 PLASA 2017 proved a lively, energetic and vibey hub for meeting the UK’s lighting and visual designer community and other creatives commented Robe UK’s MD Mick Hannaford, words echoed by the moving light manufacturer’s CEO Josef Valchar, stating, “We have enjoyed seeing many individuals, companies and organisations from all over the UK as well as several from Europe – the quality of the visitors and the networking opportunities were really excellent this year!”

The annual trade show was again staged at the Olympia exhibition centre in west London over three days, with Robe’s large, high-impact stand right at the heart of the domed ceiling hall, attracting massive attention with a specular dance / light performance live show.

This year, the product focus was on Robe’s just launched MegaPointe multi-functional moving light … which is set to define new standards and expectations in moving light technology, taking the original concept of the all-in-one fixture to a whole new level. 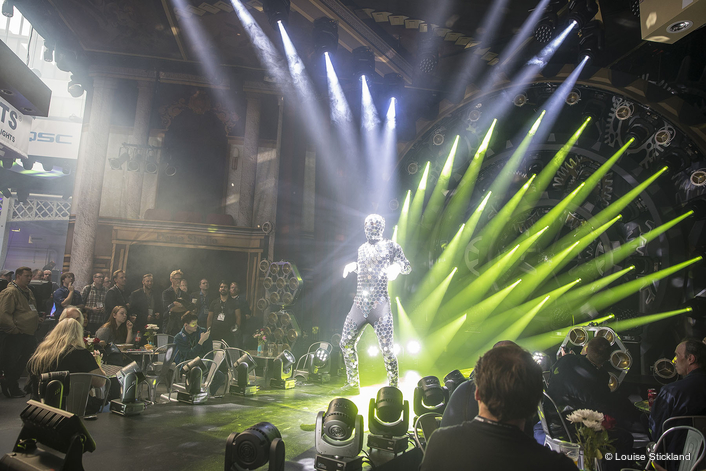 Another stunning booth design complete with elaborate draping and dressing continued the theme of theatrical spaces around  the world in which to showcase Robe’s diverse range of products.

The stand design and the live show’s direction and choreography was conceived entirely by Robe’s own Creative Team led by Nathan Wan and Andy Webb. The show starred Jake Stephens - a talented freestyle dancer who has auditioned for Britain’s Got Talent - together with 42 x MegaPointes.

The hourly live show, with a robot-brought-to-life narrative and an elaborate post industrial stage set - was complete with dynamic soundtrack which took the global launch MegaPointe video presentation as its starting point, and was built into a thrilling, totally bespoke version specific to PLASA.

Jake’s 5 minute routine was performed in a custom designed mirror suit sourced in Belarus and chosen to really accentuate the effect of the MegaPointes and the other new fixtures in the show, which included LEDBeam 150s, onePATTs, Divine UVs, Spiiders and pixelPATTs.

It pulled a huge amount of additional people to the already packed stand and helped ensure that Robe was an unmissable focal point. 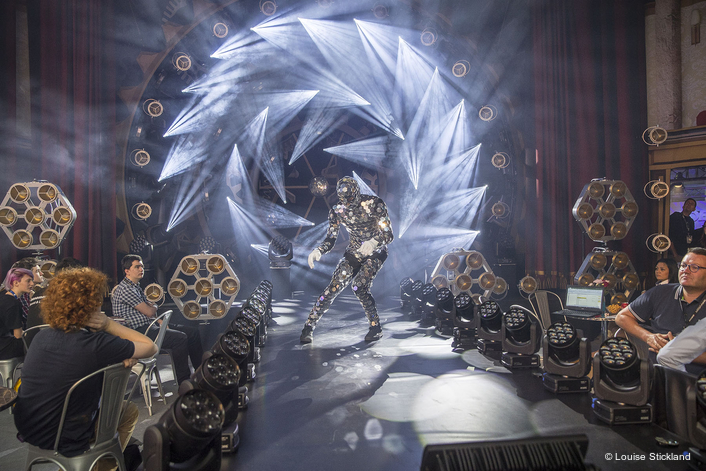 In addition to the show there were two full height ‘black box’ demo studios on the stand where visitors could receive comprehensive demonstrations and get a close up of all the new products, which also included the RoboSpot / LightMaster remote and operated follow spotting systems, the DL series of premium theatrical luminaires and the VIVA CMY spot moving light.

The power and potential of the MegaPointe was further illustrated with fixtures used to illuminate elements of the London skyline during an off-site event one evening at the Aqua Spirit restaurant in central London, capitalising on its roof terrace and commanding panoramic views. 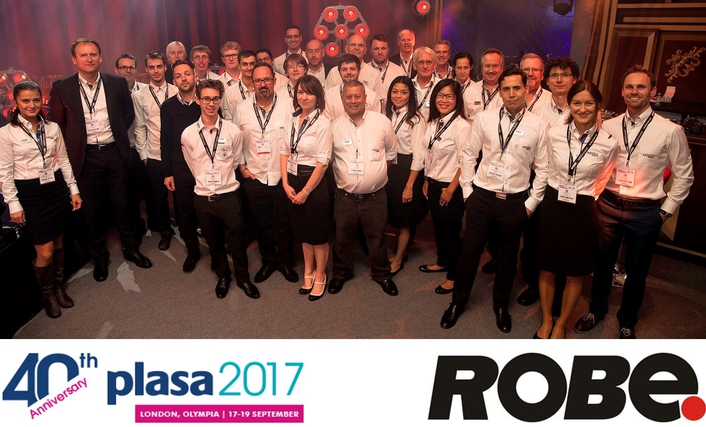 Many of Robe’s key European distributors attended the exhibition reflecting the continuing pan-European appeal of London as a production and entertainment technology industry hub.