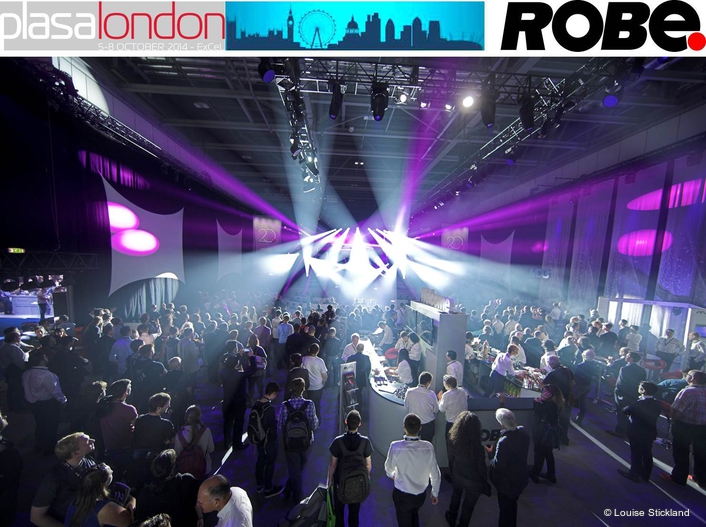 “We welcomed an incredible number of visitors on the booth every day, we met a wide selection of innovative lighting and visual designers all showing a keen interest in our products, we saw representatives from most of the leading UK rental companies … and winning the Innovation Award was the icing on the cake! We could not have asked for a better show – it absolutely ROCKED!” 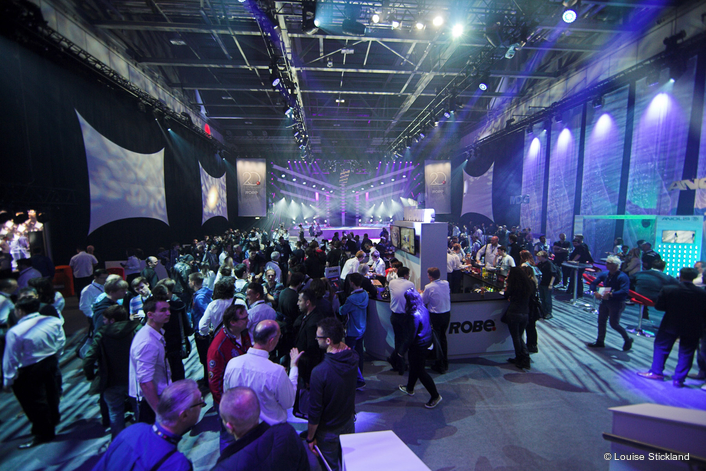 As well as all of the above … PLASA 2014 was special for Robe in many other ways.

The 1000 square metre Robe Arena was the biggest physical trade show space ever taken by the company. This was partly to celebrate the landmark 20th anniversary of Robe’s foundation in 1994, and also because the newly launched BMFL needed a very large space to be properly showcased. 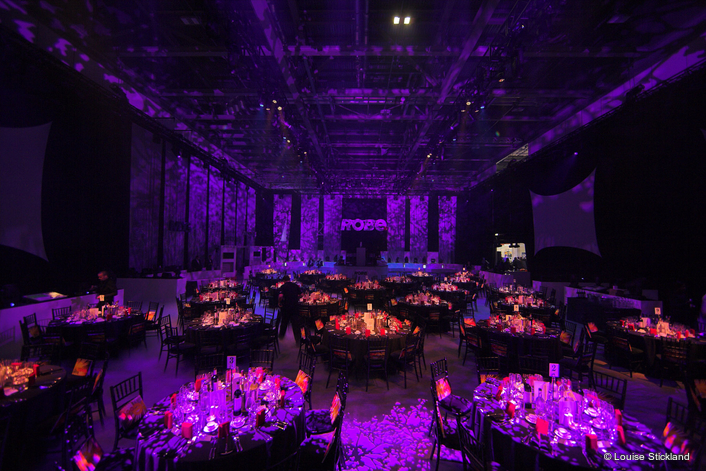 Robe had over 60 staff on hand – speaking over 20 languages – with a full coffee and bar service as well as all the product demos, and the Robe Arena soon also became the de facto social hub of the show as the buzz about ‘the vibe’ spread around the exhibition. 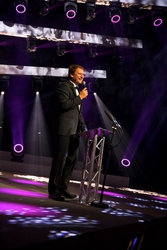 The BMFL was one of several stars of a high-impact lightshow incorporating around 320 lights and also including Robe’s new LEDBeam 1000s, Pointes, MiniMes and ParFects. This ran hourly, pulling in more crowds and receiving rousing rounds-of-applause every time.

The elegant and stylish stand design involved 40 flown points and utilised eight artics worth of lighting, trussing and sound kit. The build was undertaken by technical solutions provider Network Productions.

Three demonstration areas on the stand operated simultaneously and allowed visitors to see products close-up and ask in-depth questions. In addition to it being the BMFL’s first trade show appearance, several other new products were launched at the show including the miniPointe.

The complete current exhibition stand of Robe’s architectural LED sister company Anolis was also incorporated into the Robe Arena, and this was busy with visitors looking at the Anolis product ranges and discussing bespoke projects with the team.

Either side of the entranceway to the Robe Arena was the ‘Robe Museum’, two galleries filled with exhibits of Robe innovation from the last 20 years.

On the Monday evening, Robe staged a fabulous gala dinner event to celebrate 20 years, which was attended by 300 key ‘friends and family’. 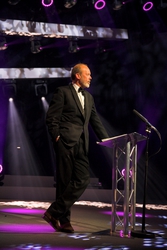 All at this glamorous black tie event enjoyed a witty and inspirational after-dinner keynote speech from leading lighting designer Patrick Woodroffe who took a light-hearted look back at how lighting technology and production has progressed in the last 20 years. He referred to snapshots and experiences from his extraordinary career, which includes a string of superstar clients and some of the highest profile events and installations worldwide. He also paid tribute to the passion, dedication and character of the many individuals making this industry so unique.

Josef Valchar thanked everyone for their hard work, foresight and the incredible teamwork that creates the heart-and-soul at the core of the company. He recalled how his and business partner Ladislav Petrek’s original dreams and ambitions have grown from extremely humble beginnings to the dynamic international operation that exists today, saying that he is looking forward to the next 20 years of innovation and success with more of that same enthusiasm, drive and energy!

The ‘traditional’ PLASA Sunday night party at the Café de Paris in central London was another great night out for the Robe team and friends, once again packed to capacity with 500 revellers who were treated to some great Czech hospitality, live music and fun.

Robe Goes BIG at PLASA2014
Robe Pointes ‘On Fire�...� With the Rolling Stones
Battersea Gets Powered by Elton John & Robe