Robe BMFLs Rise to the Occasion For Taeyang

The Lighting Designer, Mr. Juhyun Kim of Lite Factory in Korea, used them to replace another product for the show which was staged at the 6000 capacity Singapore Expo. 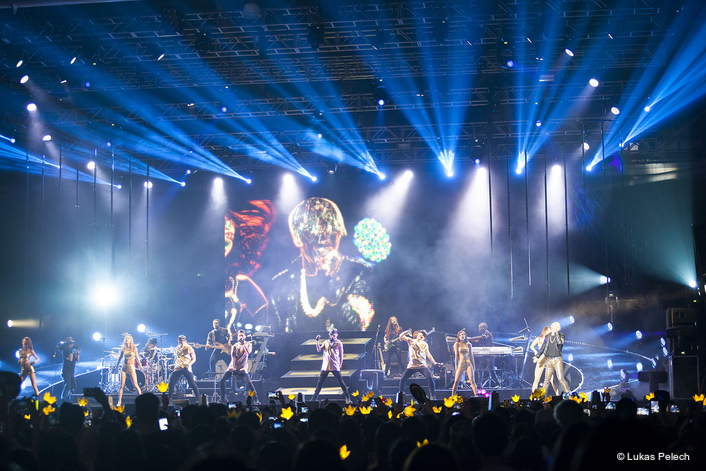 It was the first time Juhyun had used BMFL Spots and the lights were positioned above the stage and on side podiums, and used to flood the stage in white – incorporating the artists and his dancers – and also used for tight-spotting of Taeyang, as well as for beaming out into the audience and filling the space with aerial ‘bursts’ and other effects.

The show was beam and effects heavy, so the BMFL was an ideal fixture to reinforce this aesthetic. 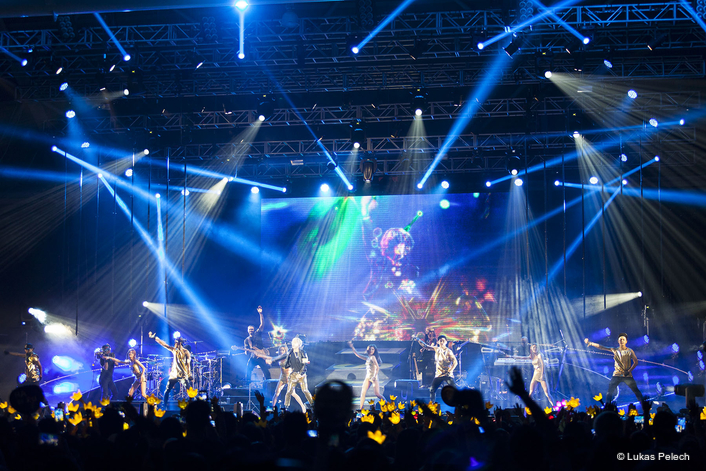 A full sized grandMA2 lighting console was used to run the show’s lighting.

Taeyang’s Singapore show followed another highly successful performance in Kuala Lumpur Malaysia, the previous night, so due to the tight time-schedule, the lights were rigged and made ready by the Showtec crew led by Mr. William Lee. 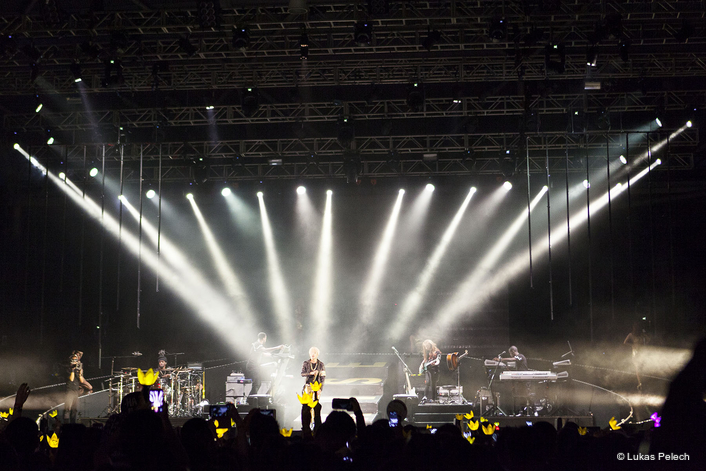 Showtec has over 100 BMFLs in their rental stock, and have made the investment because they are hugely impressed by the power, brightness, quality – and light weight - of the fixture, and are already looking forward to their next deliveries of more BMFL Spots.

The BMFL Spots - purchased from Robe Lighting Asia Pacific – were also used on this year’s New Year’s Eve countdown event at Marina Bay among other events, and there is a wide array of shows confirmed for the fixtures in the coming months.