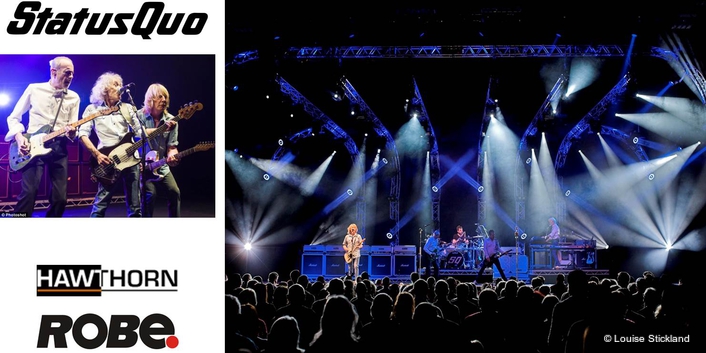 Status Quo’s distinctive ‘boogie rock’ sound has earned them over 60 chart hits and a Brit Award for ‘Outstanding Contribution to Music’ in an incredible career spanning 45 years. They are still going strong, with more energy than ever, delighting their very loyal original fanbase as well as at least two generations of new - and equally enthusiastic – younger Quo fans! 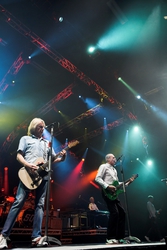 Ewan took over the LD slot at the end of 2013 when Quo’s previous LD – almost as legendary as the band – Patrick Marks – decided to retire after 25 years in the ‘hot seat’!

When it came to creating a lighting design for this tour, Ewan wanted to retain a continuity with some of the classic Quo aesthetics that Pat had evolved over the years, combined with some new and fresh impetus of his own.

Quo’s lighting has usually involved a front and back truss with ‘something’ in between, which to some extent is driven by the venues on the itinerary. In this case they ranged from London’s  O2 and several other UK arenas to some smaller spaces in Europe, so everything had to be scalable and flexible.

Ewan introduced the basic set architecture with six curved finger trusses that provided both upstage and mid-stage positions and also curved down at the back to dovetail – but not completely meet – six floor standing truss towers. Toned with LED units, the metalwork brought a distinctive structural look to the whole stage and also facilitated a back wall of lights, all suiting the band’s modus operandi perfectly.

The four BMFLs – supplied along with the rest of the lighting, trussing and rigging kit – by Leicestershire based Hawthorn – were positioned on the floor along the back of the stage outside of the offstage truss towers. 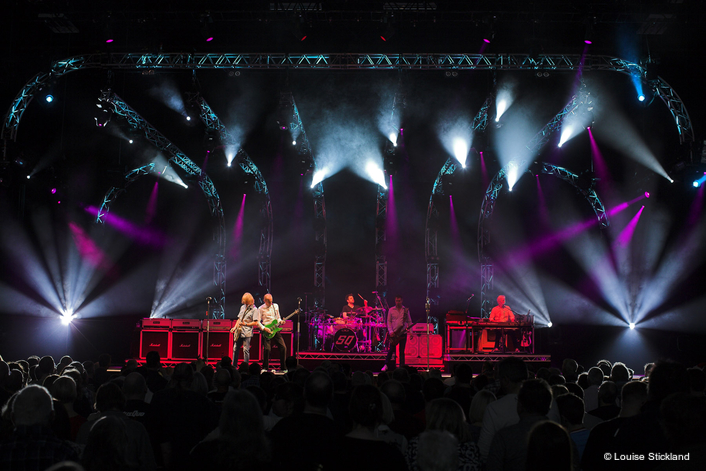 They were used for powerful and eye-catching gobo and prism effects shooting out, reaching right to the back of the room, and sometimes lowered down and skimming across the audience.

Ewan first saw the BMFLs in action during one of the special launch showcases organized by Robe UK at the LH2 rehearsal space in west London. “I thought they would be perfect for massive ‘signature’ eye-candy looks from the  back .. so I spec’d them!” he explains. 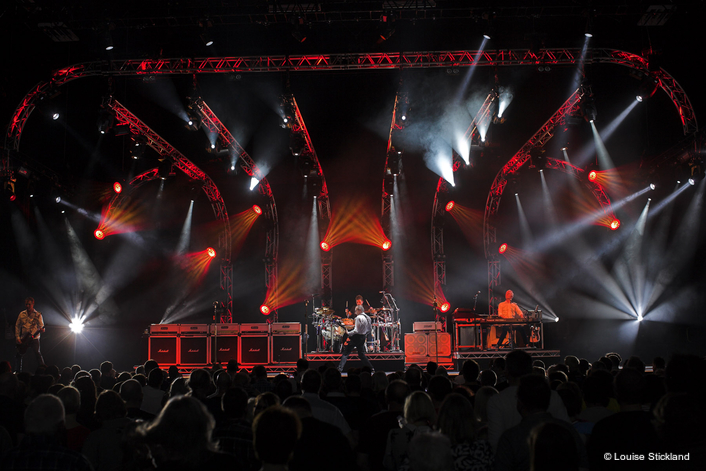 He is well impressed with the sheer power of the fixture and the fact that you can put saturated colours and multiple effects into the light-path and still get a super-bright high-clarity beam shooting out the front.

He found that four BMFLs were more than enough for filling the whole stage with break-ups and other gobo looks. 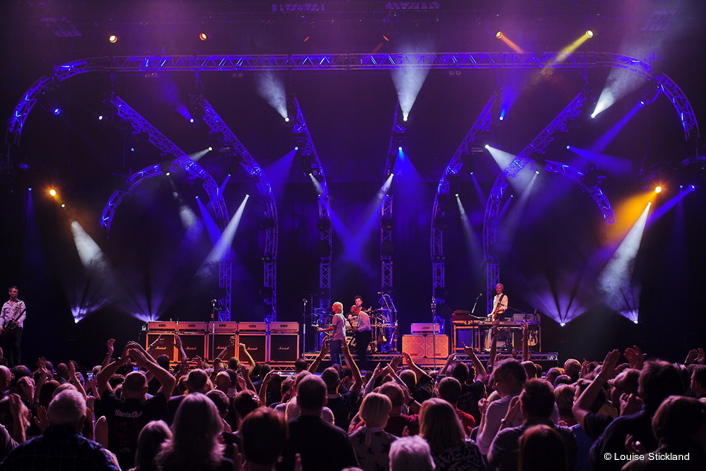 His crew for the European leg of the tour were Tom Crosby (Chief), Dan Oswald and Chris Brown, and they were joined by Martin Garnish for the UK section which stepped up to larger venues. Steve Ruisling also came onboard to cover for Dan on the last couple of shows which finished with a flourish in Brighton.

In 2015, Status Quo have already announced that they will play an acoustic tour followed by festivals in the summer.