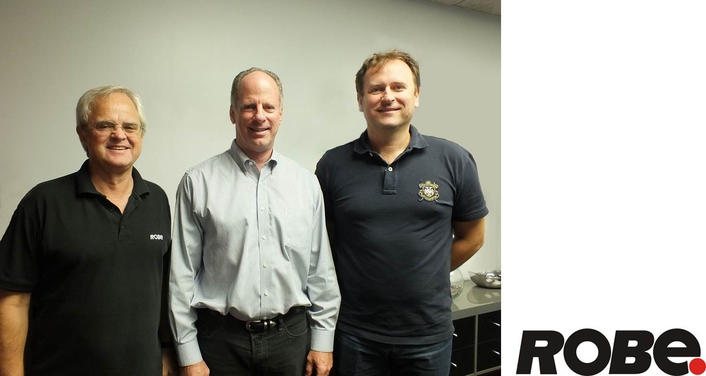 An exemplary high profile career has seen him work with two leading brands in the field spanning the last 28 years – and this will now continue with Robe, as the company positions itself for further expansion and the strengthening of all its global markets throughout 2014.

In addition to his wealth of experience and knowledge, Bob is one of the most universally liked individuals in the industry, having gained many friends and earned much respect. He’s known for his stylish, intelligent and energetic approach to business, which makes him ideal for Robe’s ‘Family’ and executive Dream Team.

Robe s.r.o.’s Sales Director Harry von Den Stemmen comments, “Bob is absolutely  the best possible lighting professional we could have to lead Robe in the US. We share the same core values and his dynamic approach and progressive thinking are exactly where ‘we are at’”.

Bob has been impressed with Robe right from the start when the brand launched in 2002. “I have always admired Robe for the way they conduct their business, the innovative products they bring to the market … and the brilliant people who are integral to the operation” he states, adding “I am hugely excited to be working with such a fantastic company and look forward to taking Robe Lighting Inc. forward to the next levels”.

Robe Lighting s.r.o.’s CEO Josef Valchar states, “We are absolutely delighted to have Bob onboard. His reputation and character speak for themselves, he has a natural synergy with the way we work at Robe … and it’s a perfect match!”

Bob, who serendipitously also has some roots in the Czech Republic via his father’s family line, starts with Robe on November 18th He will lead the team – rocking - into the 2013 LDI exhibition in Las Vegas, where they can be found on Booths 649 and 653.

Robe’s US business has grown significantly in the last three years under the direction of Harry von den Stemmen.

He continues his role as the company’s International Sales Director in addition to taking on the new task of implementing the same philosophies and expansion strategies in the famous Robe style across international operations throughout 2014 and beyond.

Says Harry, “Chief Financial Officer and COO Lorienn Cochenour and the US staff have done a fabulous job and I want to thank them for their dedication and continued hard work. I have known Bob for many years, it is a complete joy that we will be working together and I felt totally comfortable introducing him and the US team to each other”.