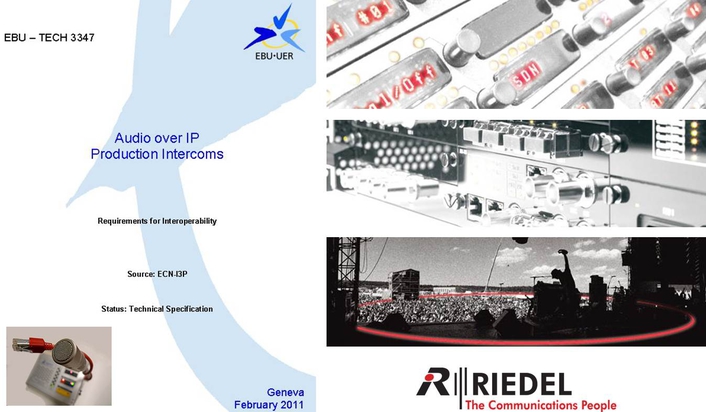 For meeting the growing demand for standardized protocols for IP based intercom, the European Broadcast Union (EBU) defined the specifications for interoperable intercom-over-IP. The EBU Tech 3347 standard will allow for a standardized operation between interfaces of different vendors, thus changing the way large installation will be handled in the future. Interoperable intercom will also make it easier for broadcasters to communicate with each other at large-scale events such the Eurovision Song Contest, which is run by the EBU.

The EBU Tech 3347 standard makes use of technology already common in IP telephony and data communications. The Session Initiation Protocol (SIP) is a signaling protocol for setting up, modifying and terminating voice or video sessions involving two or more participants on an IP network (Internet Engineering Task Force/IETF). SIP delivers the fast setup needed for interactive voice communications and is already widely utilised over both the Internet and telephony IP networks to support VoIP services.