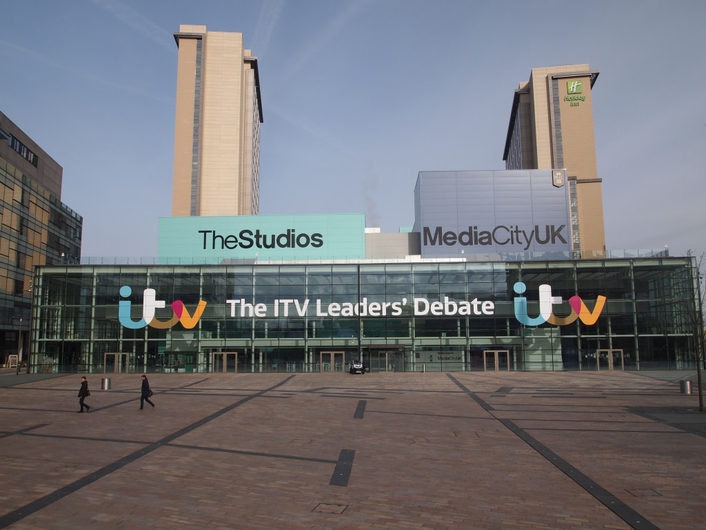 "Riedel's MediorNet real-time network came into its own during this event, offering valuable flexibility, reliability, and stability throughout an exciting, action-packed day that was full of surprises," said John O'Shaughnessy, head of technology operations at dock10. "With such a dependable solution underpinning signal transport, the dock10 technology team could deliver all that was asked of it on a very demanding day." 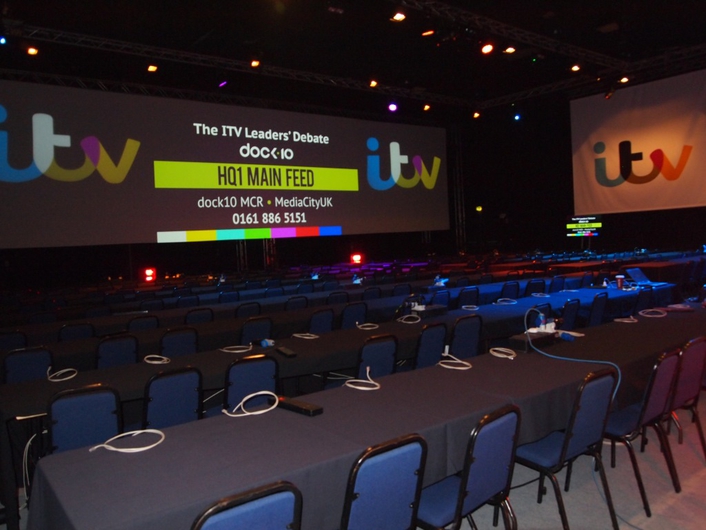 In addition to serving as the regular production facilitator behind popular U.K. television programs such as "The Voice" and "Dragons' Den," dock10 provides MediorNet real-time media links to ITV and BBC, as well as The Pie Factory production base at MediaCityUK. For the ITV Leaders debate held in advance of the U.K.'s May elections, dock10 was able to use its campus-wide fiber connectivity to link all areas across MediaCityUK and enable transmissions to and from a host of broadcasters. The MediorNet CWDM option enhanced this capability and offered increased capacity that ensured flexibility and reliability in signal delivery. 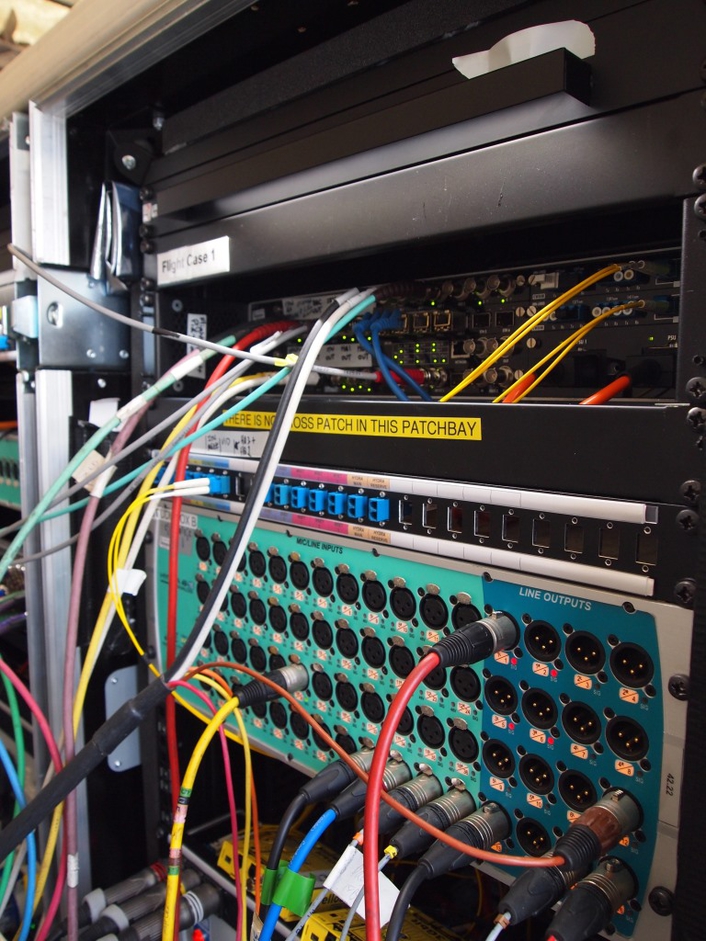 The ITV Leaders Debate main program was produced at HQ1, dock10's 12,500-square-foot studio. ITV news pool feeds, providing pictures to the world's press, were coordinated from another dock10 studio gallery, HQ3. dock10 deployed one MediorNet at the Piazza in front of the studios to provide video, data, and communications to Sky, the BBC, and ITV at their OB positions in front of the building. A second MediorNet system was deployed in the Media Hub Centre, which housed additional press, and enabled additional broadcaster live feeds. 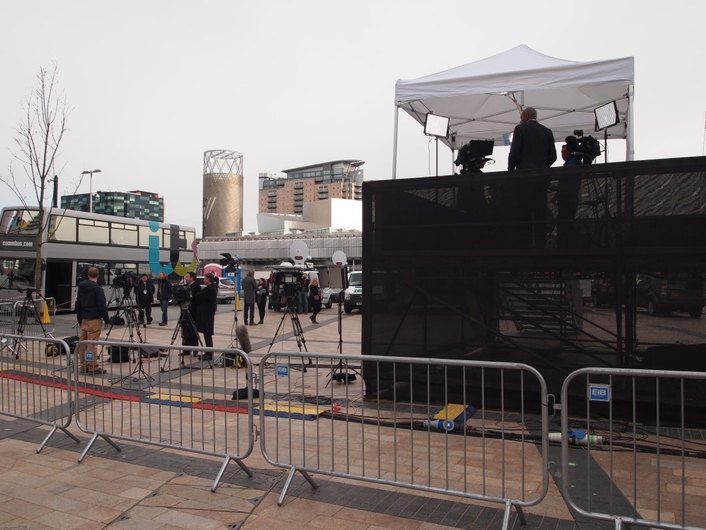 Outside Plaza at dock10

"Our MediorNet and Artist systems have been engineered to provide the versatility and quality critical to live broadcast events of all sorts, from sports and entertainment to the political arena," said Paul Rivens, U.K. general manager at Riedel Communications. "We have worked closely with dock10 on a variety of high-profile productions, and the company once again made the most of our gear to support an important event leading into the U.K.'s 2015 general elections."