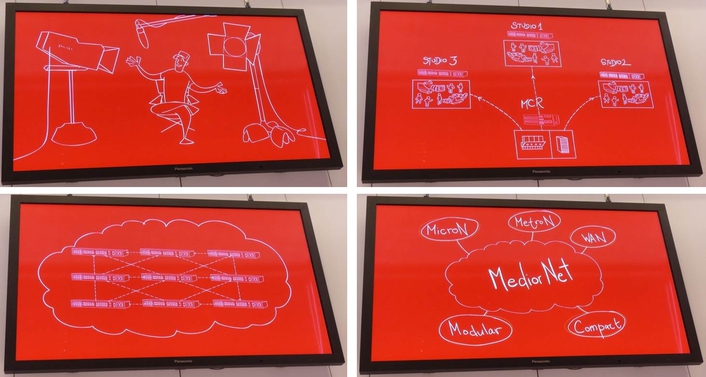 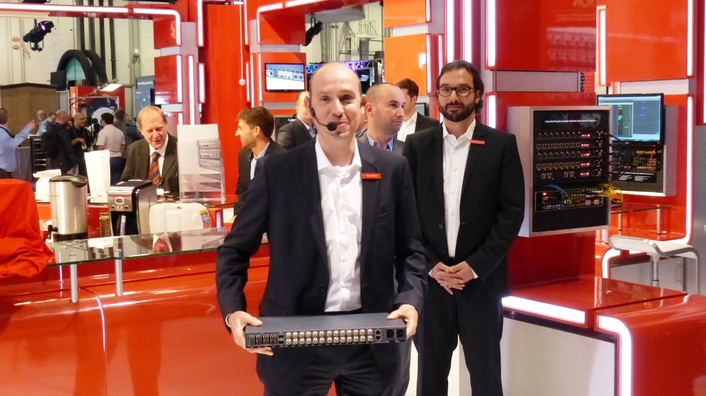 “In just a single rack unit, the MicroN offers a highly versatile signal interface that can be used in productions of every size and complexity,” said Riedel's CEO Thomas Riedel. “For the largest media networks built on our MediorNet transport devices, MicroN can serve as a breakout box for a MetroN router and extend connectivity beyond the fiber I/Os to any type of video and audio I/O required. Or, MicroN can simply work with a MetroN router, with other MicroN units, or in a standalone point-to-point configuration to provide an economical solution for small- to medium-sized productions. And, like the other members of the MediorNet family, MicroN has powerful built-in signal processing features that eliminate the need for many external devices.”

Interconnecting MicroN nodes in a meshed fashion leads to a very scalable, decentralized video routing application. This approach can be used as a replacement for small to medium sized routers and offers a very flexible system design, allowing users to extend the router capacity in both signal capacity and distributed system locations by adding MicroN nodes to the network.

Operating in standalone mode, the MicroN can act as a 12x12 router and audio embedder/de-embedder with MADI SRC and delay, and also provides video frame sync and delay. In a point-to-point deployment, multiple paired MicroN units can provide all of these capabilities plus support for up to 12 bi-directional SDI I/Os, two MADI I/Os, and a Gigabit Ethernet link. Multiple MicroNs can be integrated as a central video router for redundant processing of up to 192x192 HD-SDI signals, and they can also be deployed in a distributed fashion as a decentralized video router.