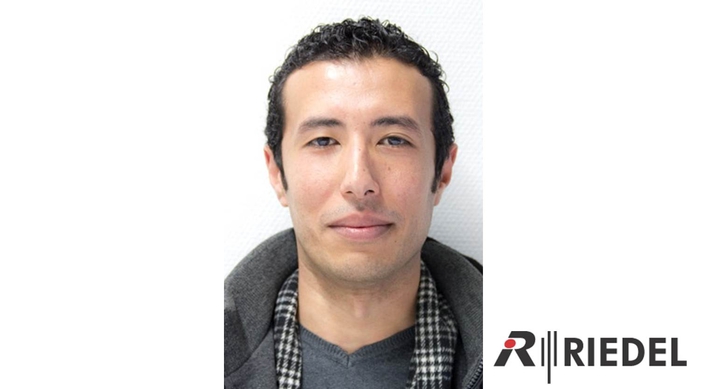 Appointment of Mohamed Hammad as Dubai Systems Consultant
To bring further technical expertise to its Middle East team, Riedel Communications has appointed Mohamed Hammad to serve as systems consultant for Dubai. In this new role, Hammad will help to define customer requirements, specify systems that meet those requirements, and aid in ensuring smooth installation and commissioning of the resulting Riedel solutions.

"Mohamed joins Riedel with impressive experience as an engineer working with the latest media and production technologies," said Ahmed Magd, Riedel's general manager for the Middle East and Turkey. "We are confident that he will hit the ground running and make an immediate and positive impact for Riedel, as well as for our customers in the Middle East."

Hammad most recently served as playout manager for popular Egyptian satellite channel CBC at its Media Production City facilities in Egypt. Earlier, while in broadcast and studio engineering roles at CBC, he helped to design and launch three HD studios and a new master control room for the broadcaster. Prior to joining CBC, Hammad served in a variety of engineering roles — including field system and support engineer, followed by technical presales and solution architecture — for systems integrator Brainwaves Broadcast. He earlier was with Egyptian Radio and Television Union (ERTU), where he held broadcast engineering positions for various channels and ultimately played a key role in designing and launching the broadcaster's new multichannel playout center.

Hammad will be based in Dubai and report directly to Magd.