The Riedel EventCockpit at the FIS Alpine World Championships in St. Moritz 2017

For the fifth time after 1934, 1948, 1974 and 2003, St. Moritz hosted the FIS Alpine World Ski Championships. From 6 to 19 February 2017 more than 160 thousand spectators watched the 11 medal events on Corviglia, the local mountain of St. Moritz. Corviglia is one of the most compact racing infrastructures worldwide in alpine ski sport. All the runs are linked by cables and equipped with the latest technology. On top of this Riedel has provided a wireless communications infrastructure for the Local Organizing Committee (LOC) that allowed a smooth and secure information flow between all the relevant participants during the event.

Riedel engineers had setup a redundant digital communications network covering the whole Corviglia resort. 4.5 tons of Riedel equipment was carried up to the Salastrains finish area 2048m above the sea level! Broadcasters, stadium tv, organizers and the safety team relied on MediorNet, Artist, SmartPanel, Skype TX and about 600 mobile radios and headsets for the communication necessary to guarantee the production and distribution of the live feed to the massive LED screens (provided by NEP Faber) on location as well as worldwide. 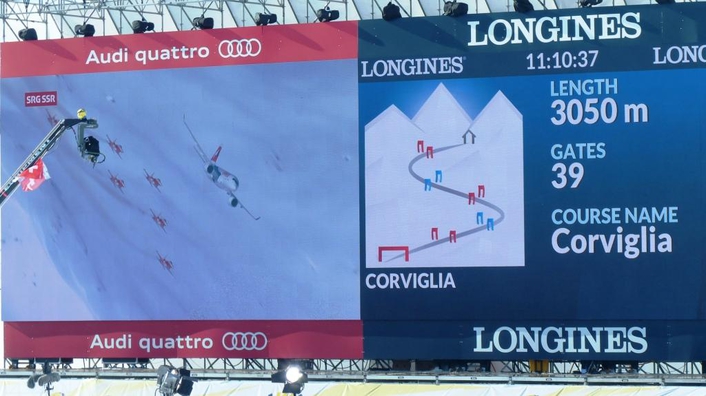 The NEP Faber LED Display at the Finish Area in Salastrains 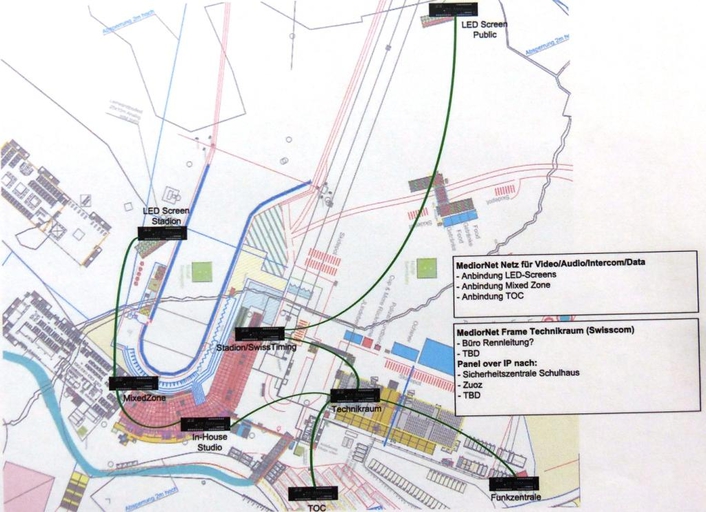 Once again the MediorNet real-time network for video, audio, and data communications was at the centre of the installation for the LOC in combination with the 600 mobile radios and hundreds of belt packs. Similar support Riedel already had provided for the LOCs at the Alpine Ski World Championships in Garmisch-Partenkirchen 2011 and in Schladming 2013. 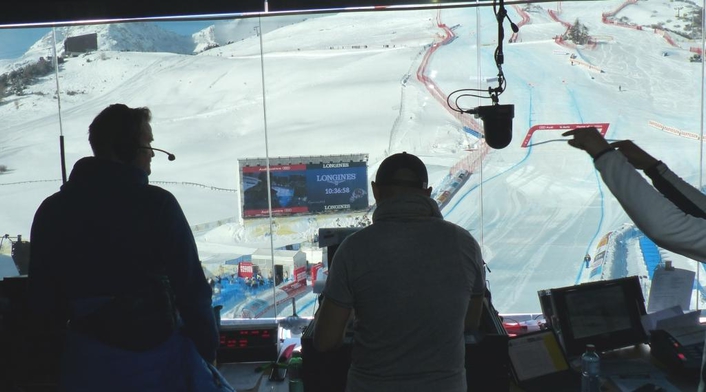 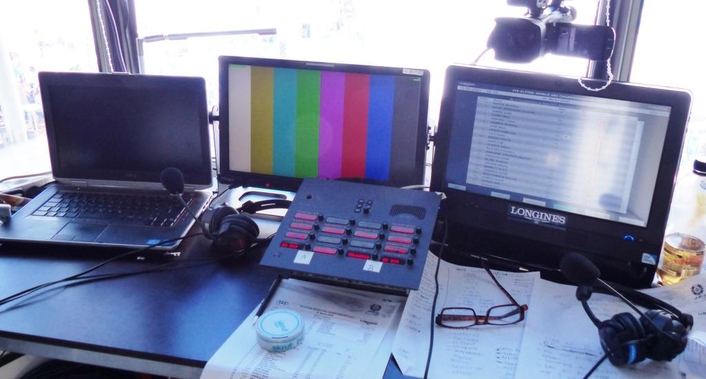 An unexpected ‘Super Sunday’, which featured both the men’s and ladies’ downhill due to fog delays from the originally scheduled men’s downhill on Saturday, brought the most spectators to the Salastrains Stadium with nearly 40,000 packing the stadium, hospitality terraces and lining the course. The day also shattered all television records according to the European Broadcast Union audience figures. This day was arguably the outstanding highlight of the World Championships as Swiss star Beat Feuz claimed the gold under blue bird skies. 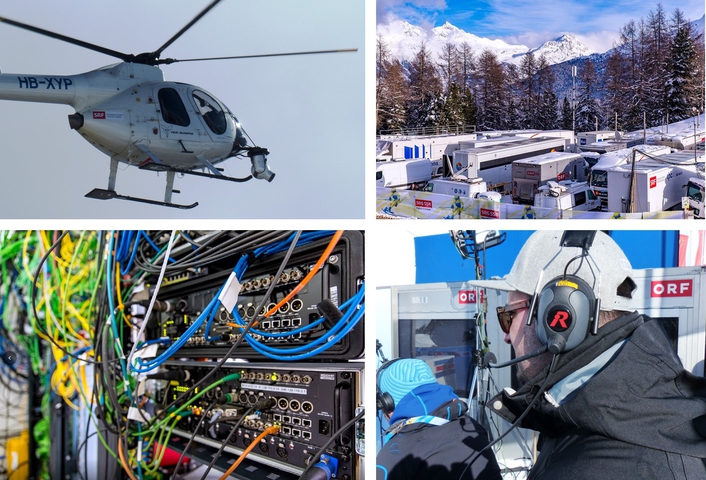 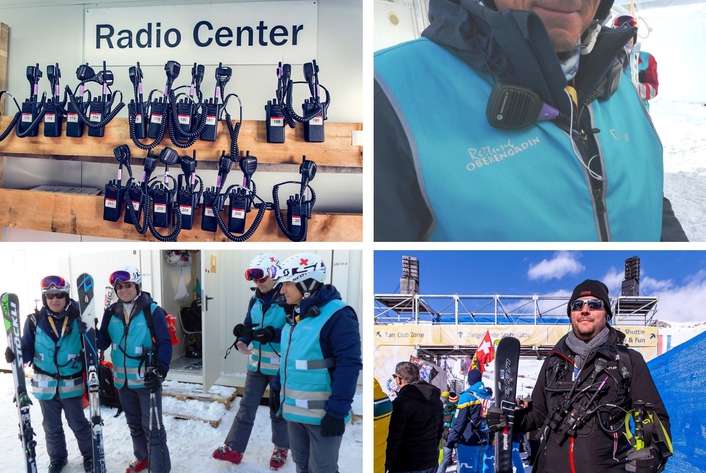 An estimated 30,000 spectators visited the Kulm Park in St. Moritz Dorf, where all the ceremonies were staged under the watchful eye of ‘Edi’ a three-story 19-metre-tall wooden ski figure that was a fan favourite and central character of the post-medal ceremony evening programme. For the events at Kulm Park Riedel supported “auviso” with his communications infrastructure. 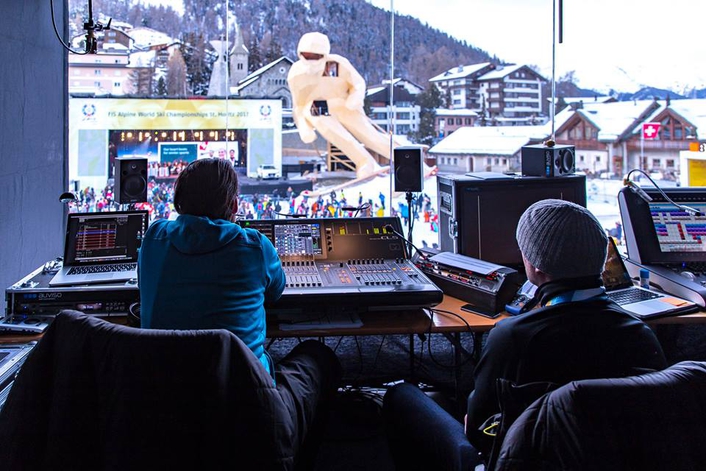 The TV Studio for the Event Production at the medal Plaza

At the closing press conference FIS President Gian Franco Kasper proudly stated about the Championships in his home town: "The St. Moritz Organisers did a world class job of hosting these World Championships. They were ready to deal with a first week of challenging weather, whilst the sunny skies the second week gave St. Moritz a chance to truly shine. The enthusiasm of the officials, volunteers and spectators with their great vocal support created a fantastic atmosphere that gave all the athletes from 76 participating nations the ideal backdrop to shine.” 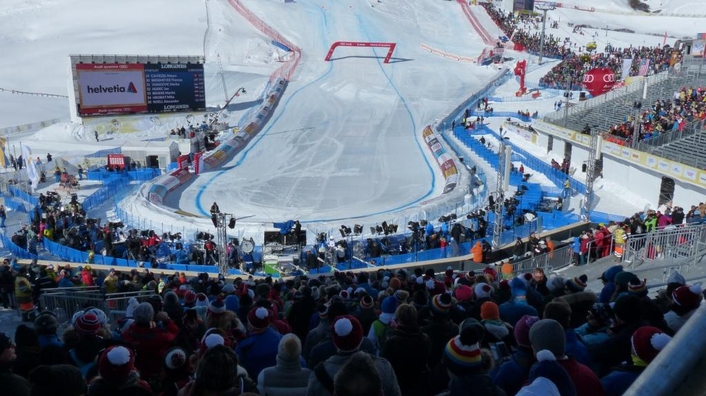