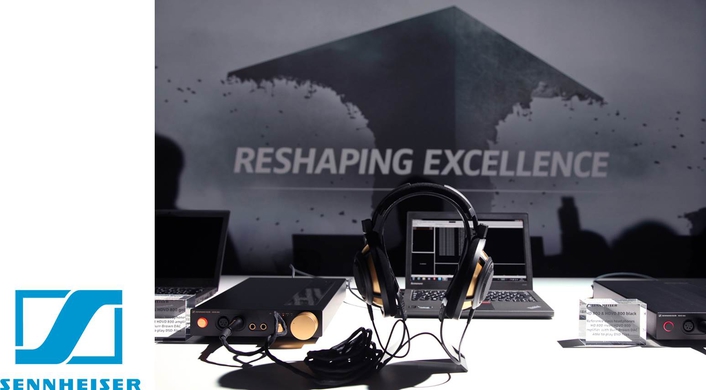 Sennheiser CEOs Daniel and Dr. Andreas Sennheiser presented the world with its very first glimpse of the audio specialist’s next milestone product at an exclusive event at London’s Central Hall Westminster. Themed “Reshaping Excellence”, the celebration of sound and innovation marked Sennheiser’s 70th anniversary year and featured a unique concert performed to an audience of 1,200 guests by the Junge Deutsche Philharmonie orchestra and Grammy Award-winning artist Imogen Heap.

At London’s Central Hall Westminster, Sennheiser’s selected guests had the opportunity to experience the company’s iconic products, which have shaped the industry and received a private viewing of solutions and technologies never before shown to the public. “Sennheiser has had seven decades at the cutting edge of audio by defining the gold standard of what is possible. With ‘Reshaping Excellence’ we are announcing a new phase of even higher ambition,” said CEO Daniel Sennheiser.

The evening’s highlight was marked by the first glimpse of Sennheiser’s next “big thing”, unveiled by the Sennheiser CEOs at the end of the concert. “This company has an enviable history of innovation, which has been built on a tireless pursuit of greater things and a willingness to push boundaries. This very exciting event allowed us to demonstrate this leadership by sharing the first details of a very special new product that embodies a new benchmark in excellence in the high-end audio world,” said CEO Dr. Andreas Sennheiser.

Although not fully revealed, it was announced by the Sennheiser CEOs that the new product will cover a frequency range that exceeds the limits of human perception. An absolutely perfect sound reproduction is assured by 2.4 micrometer, platinum-sputtered diaphragms. For an unshakable foundation the product uses finest Carrara marble – the same kind once used by Michelangelo to create his sculptures. The product’s unveiling will continue on a dedicated website, www.sennheiser-reshapingexcellence.com, which will be launched shortly to announce additional facts about the milestone product. “There is much more to come and we are looking forward to revealing more information over the coming weeks,” said Daniel Sennheiser.

A celebration of new creative heights
The concert of works by Philip Glass and György Ligeti was performed by the acclaimed Junge Deutsche Philharmonie orchestra and conducted by Jonathan Stockhammer. Appearing in her only live show of 2015, pioneering artist Imogen Heap debuted a special composition, ’Tiny Human’, written for Sennheiser to celebrate the “Reshaping Excellence” theme. 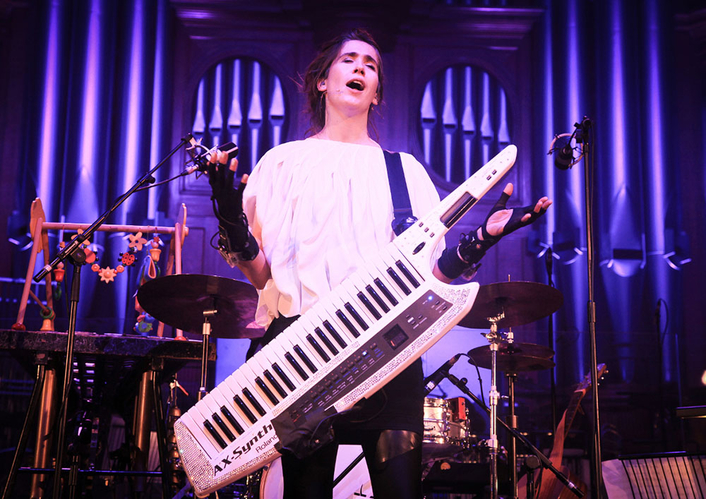 “Technology and music, each pushing the other to new creative heights and possibilities, are both very much at the heart of my work,” said Imogen Heap. “Where music and tech really come to life, is on their human interaction, else they are just fallen trees in the woods. It was an honor to create this unique composition for Sennheiser’s once-in-a-lifetime new product. Having just given birth to my first child, I couldn’t help to see the parallels when writing the song between how she has reshaped our lives entirely, blasting everything we thought we knew out of the water and how Sennheiser strive to achieve this for a new music listening experience. It was really wonderful for me to play with the fantastic Junge Deutsche Philharmonie on stage and to premier the new song “Tiny Human”, where tradition met innovation in this celebration of new frontiers.”

Capturing the sound of excellence
Fittingly, the set-up for the concert itself also exemplified technical innovation: Sennheisers’ Grammy Award-winning recording engineer Gregor Zielinsky recorded the performance using Sennheiser’s proprietary 9.1 immersive audio technology, capturing the one-off performance as a uniquely realistic listening experience. “Sennheiser’s 9.1 immersive audio expresses the company’s philosophy, ’the pursuit of perfect sound‘, to create a truly new experience for the listener,” said Gregor Zielinsky. “This technology has been developed for both recording and playback, both on hi-fi systems and as an algorithm for headphones. It is remarkable to experience, and at the same time also very simple to set up and record with compared to other systems.”

3D immersive audio is a key technology for Sennheiser. It has already been pioneered in professional installations such as the acclaimed “David Bowie is“ exhibition, which has been touring museums around the world since 2013, and in recordings with the Berlin Philharmonic Orchestra. 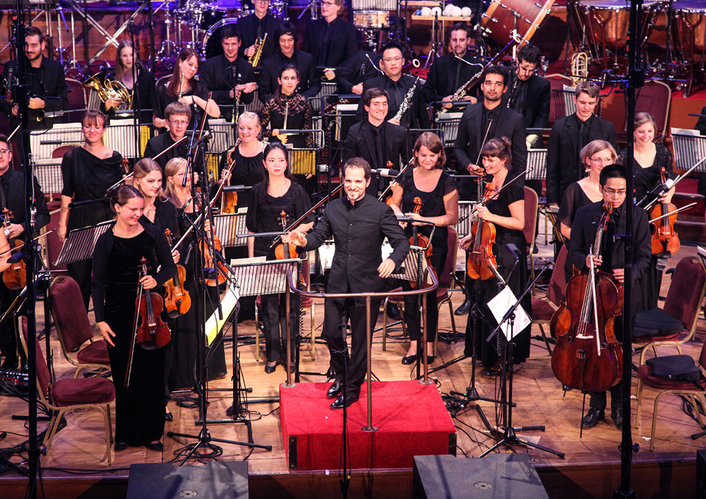 Experiencing iconic products
Held alongside the concert, a very special product exhibition showcased Sennheiser’s technical achievements. It was divided into two areas, “View” and “Experience”.  “View” offered an exclusive look at products exhibited under glass that have never been shown publically, including the new milestone product and the HD 800 in gold. “Experience” provided the opportunity to try current and forthcoming high-end products including a first peek at an upcoming addition to Sennheiser’s headphone range as well as the legendary HD 800 headphones and the HDVD 800 amplifier. Demonstrating the audio specialist’s excellence in recording, Sennheiser also showcased highlights of the Sennheiser and Neumann microphone range, including the Digital 9000 wireless microphone system, the M 149 Tube as well as the KMS 105 studio microphones.
Sennheiser will also hold a second event on August, 31st in Germany at Berlin’s Alte Nationalgalerie, where 200 exclusively invited guests will experience high-end listening, a 3D immersive audio performance, and private guided tours of the highly acclaimed ImEx art exhibition. A further concert featuring the Junge Deutsche Philharmonie will be held that evening at the Nikolaikirche, a striking historic church in Berlin’s museum quarter.