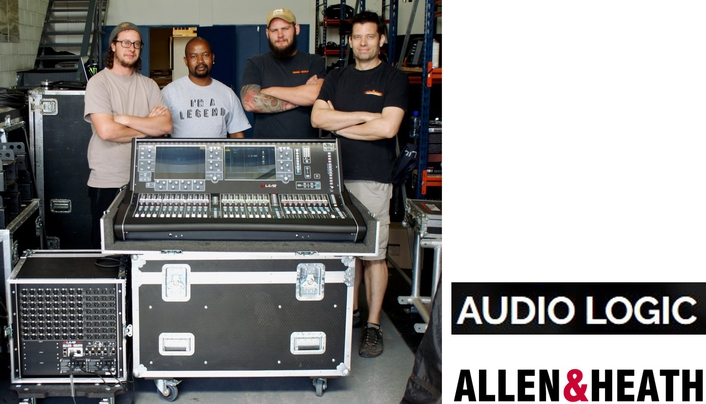 “It was a rider-driven decision, as a lot of the work we’re involved with is coming from other countries, and this is the console that they spec. Also, integration with the Allen & Heath ME monitoring system is important, as is the versatility of the console and built-in plugins. It was a no-brainer,” comments Marius Marais, owner of Audio Logic.

“In terms of input count, dLive has all and more you will need. It’s perfect for a large musical but I can also throw it at a large corporate event, as you are able to do things like drop inputs and matrices and use those outputs for additional auxes.  This versatility means it can be used as a very powerful console for both FOH and monitors. I’m very, very chuffed with the console and I’ve already allocated it to three big gigs,” says Marais.

The new dLive system is being used on the South African State Theatre production of Saturday Night Fever, and will be used again on another production in mid-December.

“My crew raves about it and they say it’s the best thing ever. Eventually we’ll look at buying another one for monitors and share gain. I think it’s brilliant, the workﬂow on it is awesome. The onboard plugins are great and the EQ is really, really nice. It reminds me of the old Allen & Heath GL4000, which was an analogue board with one of the smoothest EQ responses in the industry.  Then, there is the workﬂow; it’s simple, it’s straightforward, it’s not complicated. The FX engines are really nice, too. I think dLive is a logical step for any rental company, from a performance and cost point of view,” concludes Marais.