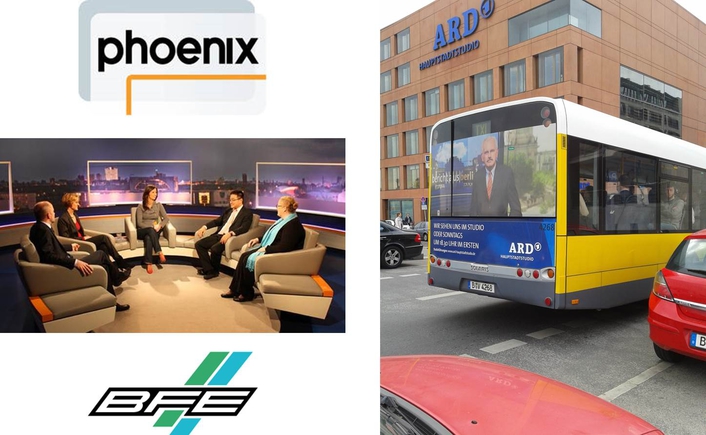 .
During the course of the conversion from SD to HD technology the wholestudio was equipped with the latest (state of the art) technology. By modernizing, both video and sound control room should be easy to operate with a central,highly available control system.

Theplanners in charge decided for the KSC Commander system from BFE. Equipped with redundant servers,the controller system allows the operators a fast and intuitive access to all relevantrouting and control functions via control panels of the IS series (BD54-IS undBD18-IS). In addition, the KSC system provides the entire label and tallycalculation as well as the camera matching in the control room. The KSC system also supplies interfaces toSnell router, Kayak HD video mixer, Miranda/Grass Valley Kaleido multiviers,sonoVTS displays (panels) and Lawo Saphire.

Due to the installation period during the winter break of the parliament, the time frame for implementation and training on site was only a few days to put the whole control system into operation. Here, the team of BFE benefited from its previous project experience in the ARD Berlin studio.

Under the supervision of Horst Zantopf a proper handover and acceptance could take place in January 2014.