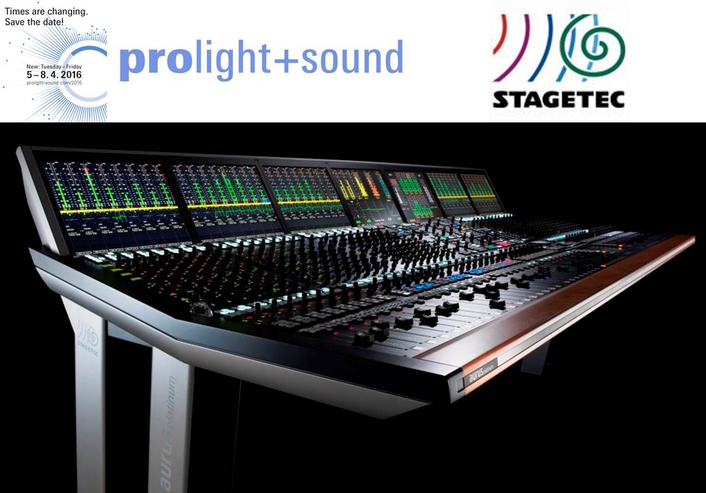 Stage Tec invited visitors of the Prolight+Sound to attend a real premier at its exhibition booth G25 in hall 4.1 where it was launching the Platinum DSP, a new and extremely powerful audio DSP unit for mixing consoles. It enables a maximally equipped console to handle up to 700 audio channels*, sufficient for any surround production. Thanks to the large amount of audio processing capacity, it provides sufficient audio channels even when all 128 audio buses are in use. The processing power also allows for comfortable operation with a 96 kHz sampling rate.

However, more channels and more available audio buses are just two highlights of the features the Platinum DSP has to offer. Its processing unit is fully backwards compatible and is capable of increasing the number of channels even in existing consoles. Each channel strip has a very long delay at its disposal which, with over 1,000 ms delay possible, is capable of performing the run-time adjustments that can arise in everyday operation – such as compensating for when the picture and sound are out of sync, as can occur with wireless HD cameras.

René Harder, a member of Stage Tec management, believes the Platinum DSP has huge potential: "New installations and existing customers alike will benefit from our new audio processing. Platinum DSP is both more powerful and more competitively priced than its predecessor!" It's not just large-scale mixing consoles with a massive number of channel strips that will capitalise on the Platinum DSP. In smaller installations the greater DSP density saves space in the NEXUS STAR, which is then available for additional MADI or network boards.