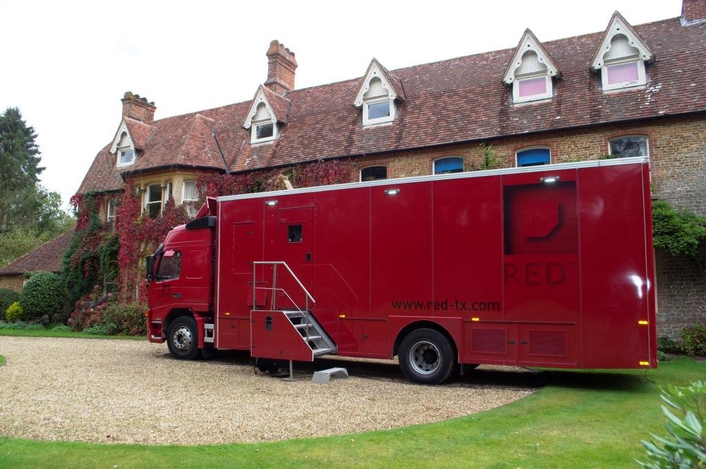 A little over three years after commissioning its second mobile recording unit, with 3D and 7.1 surround sound, premier location recording company, Red TX has upgraded its original Red 1 OB to give it 96kHz capability. Both Red I and Red II are equipped with HARMAN Studer Vista 8 consoles, with 96 mic amp capacity as standard; but by streamlining their original recording truck, with a new Studer SCore Live engine and faster computer, the Beaconsfield-based facility is able to maintain its high profile live event, film and television recording facilities at the cutting edge.

Chief engineer, Ollie Nesham says the move was largely driven by customer demand and that both vehicles — while slightly different in wheelbase — are similarly configured and are now virtually interchangeable. “We were getting more call for projects in 96K,” he admits. “Every few years there is a call for a greater number of inputs. Ten years ago we could get everything, including audience mics, into 56 tracks; today there can be 100 mic amps and considerations such as 5.1 stems, Studer VistaMix etc, — and the desk couldn’t handle it, so we decided to act.”

He contacted Studer Technical Sales Manager, Europe, Simon Roome. “Although we are largely self-sufficient Studer are brilliant at support — they upgraded the computer in the desk and provided a new Core.”

Other than the overdub area (fitted on Red II) the two trucks are now operationally identical. “To have this flexibility and be able to build up 96K configs for both trucks is important to reflect changes in the industry.

“At festivals we are taking MADI and analogue of over 100 inputs in some cases, along with audience mics and comms; so having six MADI cards in each truck allows us to have three stage boxes on each truck, and record 192 tracks.”

With all microphone inputs now 24bit/96kHz with full DSP on every channel Red TX has already carried out a number of projects since the fit-out of its original vehicle, including Yusuf Islam (Cat Stevens) at Eventim Apollo Hammersmith, Red Bull Culture Clash and MTV Europe Music Awards in Glasgow.