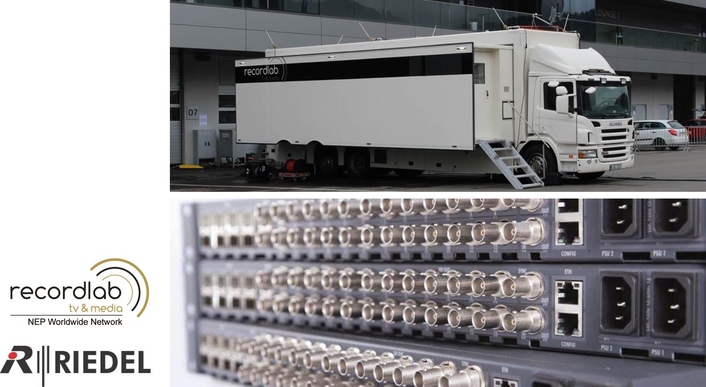 Cologne outside broadcast specialist RecordLab TV & Media GmbH (NEP Group) has outfitted its new OB van with Riedel Communications' MicroN 80G media distribution network device. Designed for use with Riedel's MediorNet line of media transport and management solutions, MicroN has an extremely compact and versatile high-density signal interface with a complete array of audio, video, and data inputs and outputs that enable the high degree of agility and scalability necessary in live production.

"That the five MicroN frames can be used as a decentralized 60x60 3G video router system with distributed intelligence and future expansion options demonstrates how flexible the MediorNet MicroN device is within the production environment," said Markus Maschke, CEO at RecordLab. "We needed a simple, intuitive, and scalable system that facilitates fast plug-and-play use. MediorNet is already being used in the NEP Group – now we can ensure optimum networking of systems even for larger productions. High flexibility and functions offered by the MicroN device were also key to our purchase decision, and we appreciate the lightweight, compact design of the unit. In the end, following extensive evaluation of possible solutions, we found the Riedel MicroN device to be a sustainable and future-oriented solution well-suited to our mobile operations." 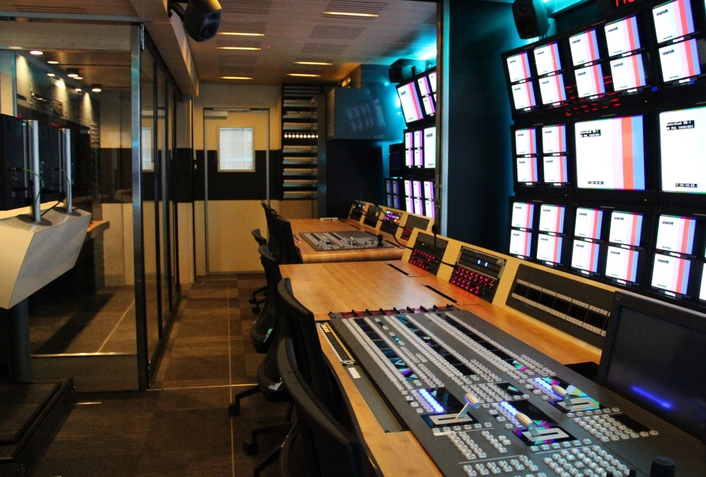 The MicroN features 12 SD/HD/3G-SDI inputs and outputs, two MADI optical digital audio ports, a Gigabit Ethernet port, two sync reference I/Os, and eight 10G MediorNet high-speed links, all in a single RU. Riedel supplied RecordLab with five MicroN units, two of which are installed in the OB vehicle and three in portable stage boxes. The MicroN fiber network gives RecordLab the capacity for 12 bidirectional HD signals — plus MADI, sync, and Gigabit Ethernet — between the vehicle and each stage box. 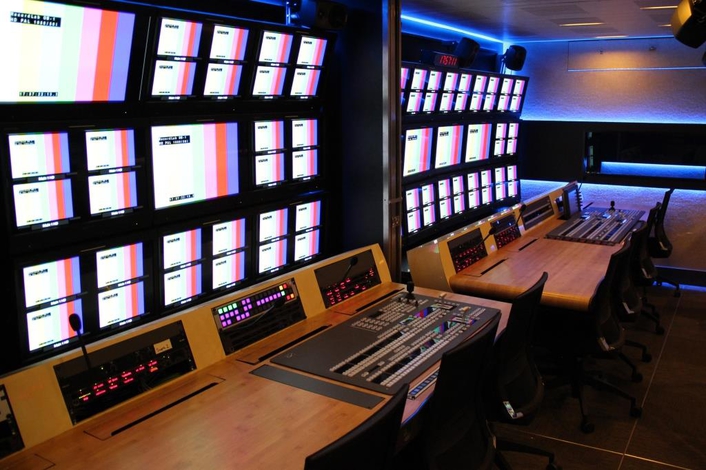 "For our partner RecordLab, it was important to have a modular solution that could provide both a compact design and powerful functionality," said Tobias Claus, key account manager, broadcast, at Riedel Communications. "MicroN allows a MediorNet system to be extended quickly and conveniently as needed. Thus, companies including RecordLab can readily accommodate even extreme peaks in their production requirements."