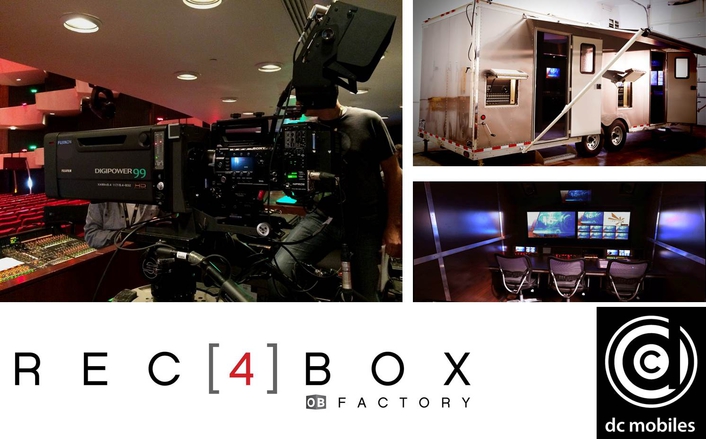 “The success of La Shed in the Montreal market has created a demand in the rest of Canada and North Eastern United States,” said Joel Fortin, Operations VP for Rec4Box and La Shed.  “La Shed provides premium rental services for Rec4Box trailers in the province of Quebec and Canada and the north-east United States… and the word has spread.”

President of Department Camera, Jacques Lamontagne adds, “We’ve worked hard building comprehensive remote production systems in the Canadian marketplace.  Officially launching this initiative in the US was a completely logical extension…. And as Rec4Box builds its clientele in the US rental market, DC Mobiles’ coverage will expand along with it.  Ultimately, we want to deploy our mobile production systems all over North America. “

“DC Mobiles has three Rec4Box trailers currently available – with  more coming on-line in the US very soon”, says Gilbert Fortin, President of Rec4Box OB Factory.  “We are looking for ‘like-minded’ partners in the US - to comprehensively cover the North American market with our trailers and technology. DC Mobiles has a similar mandate to Rec4Box: to provide services based on our four pillars”.