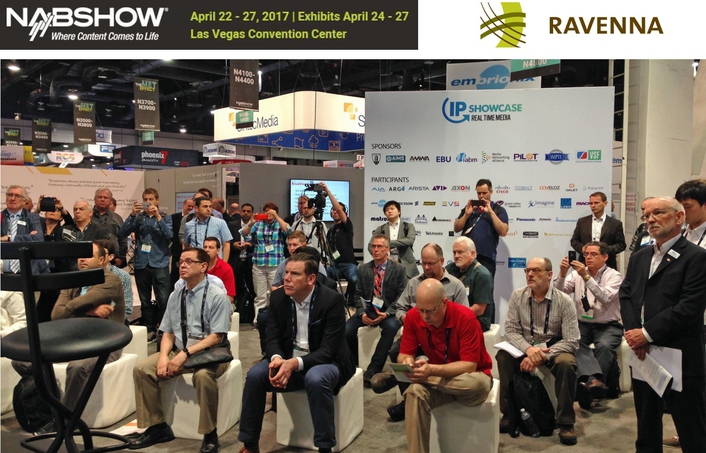 IP networking was undoubtedly the hottest topic at this year’s NAB show in Las Vegas, and the IP Showcase demonstrating full IP interoperability based on ST2110 was clearly THE event of the show. Jointly organized and supported by AES, AIMS, AMWA, EBU, IABM, MNA, SMPTE and VSF, the IP Showcase was inundated with visitors all eager to witness the latest developments in the domain of IP networking and interoperability.

RAVENNA evangelist, Andreas Hildebrand, who gave several very well-received presentations on the differences and commonalities between AES67 and ST2110, was impressed by the huge participation and the amount of interest generated by the event.

“It was amazing to see just how many people were genuinely interested in IP networking and how they could integrate the concept into their own projects to improve workflow,” he remarked. “We were literally besieged all day, every day, by people attending the presentations, wanting to see the demos and ask questions in order to learn more. It was a huge success for all the participants of the IP Showcase, although judging by the complaints of the neighboring stand holders, we’ll need more room next year!” 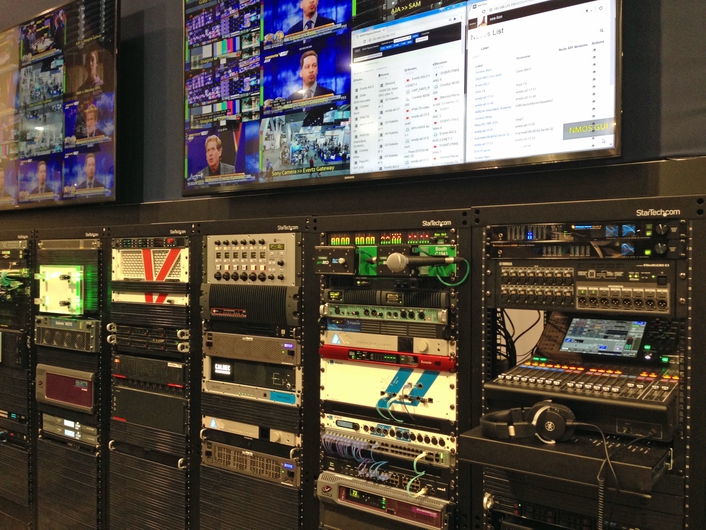 The audio section of the demo included 15 RAVENNA-based devices, all fully interoperable with other AES67/ST2110 gear from various manufacturers. The Lawo console on display was receiving over 20 audio streams generated not only by RAVENNA/AES67 devices but also by video equipment from Grass Valley, Imagine, Panasonic and others. The demo also included a section on timing & synchronization (ST2059) featuring equipment from RAVENNA partner Meinberg, and on ST2022-7 redundancy and NMOS IS04 discovery and registration which was supported by most of the RAVENNA products on show. 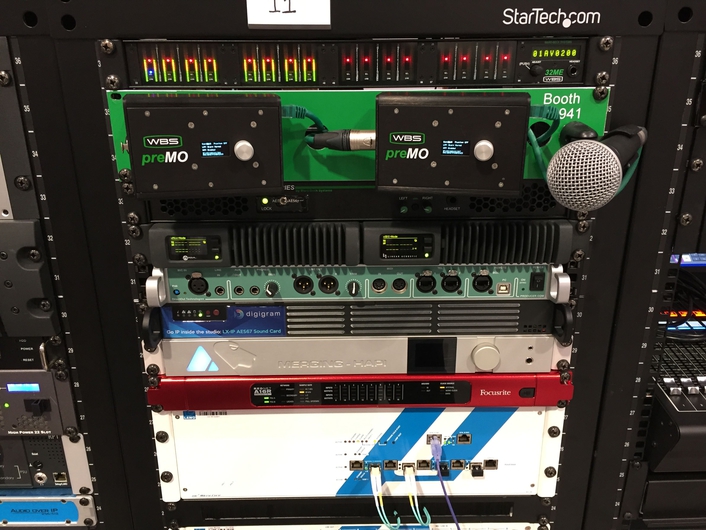 Back on the RAVENNA booth, ST2110 and AES67 interoperability was highlighted here too, including interoperability with a Dante-based TF-1 console from Yamaha. The demo included stream redundancy between two Lawo A_Line analog-to-IP interfaces, which are built on ALC NetworX’s COMi.MX 2 x 64ch RAVENNA SoM boards. These boards are a fully licensable RAVENNA/AES67 solution for interested manufacturers seeking fast, high performance integration of RAVENNA/AES67 into their own product platforms. 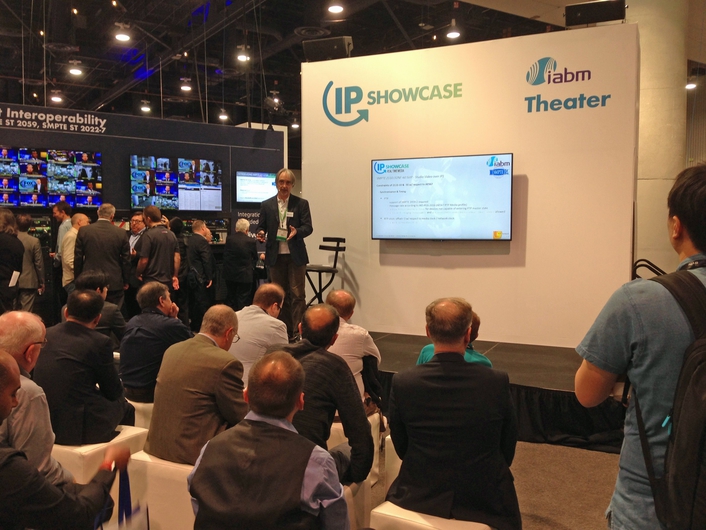 If you missed Andreas at NAB, you’ll get another chance to see him in action at the forthcoming AES show in Berlin where he’ll be giving a presentation on audio and video over IP and how it relates to AES67, as well as a hands-on workshop on AES67, including practical tips on device and network configuration, management and monitoring. He will also be participating in the Network Technology Seminar hosted by the EBU in Geneva in June. For more details please visit https://www.ravenna-network.com/about-ravenna/trade-shows-events/

RAVENNA is a technology for real-time distribution of audio and other media content in IP-based network environments. Utilizing standardized network protocols and technologies, RAVENNA can operate on existing network infrastructures. RAVENNA is designed to meet the strict requirements of the pro audio market featuring low latency, full signal transparency and high reliability.

While primarily targeting the professional broadcast market, RAVENNA is also suitable for deployment in other pro audio market segments like live sound, install market and recording. Possible fields of application include (but are not limited to) in-house signal distribution in broadcasting houses, theaters, concert halls and other fixed installations, flexible setups at venues and live events, OB van support, inter-facility links across WAN connections and in production & recording applications.

Unlike most other existing networking solutions, RAVENNA is an open technology standard without a proprietary licensing policy. RAVENNA is fully compatible with the AES67-2015 standard on High-performance Streaming Audio-over-IP Interoperability. Liaisons with standards organizations and industry alliances (e.g. AES, AIMS, AMWA, MNA, SMPTE and others) ensure the close alignment of RAVENNA technology with current industry trends.

ALC NetworX is an R&D company in Munich, Germany. A team of experts with excellent reputation from the Pro Audio industry and in-depth knowledge in networking technologies has developed the RAVENNA technology platform. While ALC NetworX will continue to keep the lead role in the RAVENNA technology development, product implementations will be executed by individual partner companies, such as Archwave, Genelec, Lawo, Merging, Riedel, Sonifex, Ward-Beck and others.