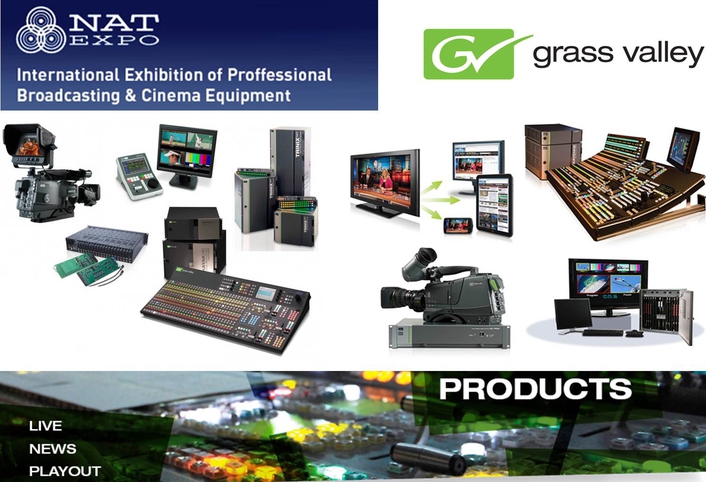 .
In preparation for the 2014 Winter Games being held in Sochi, Russia from February 7-23, Grass Valley® will be exhibiting at the NATEXPO 2013 convention at the Crocus Expo in Moscow, Russia, from November 19-21. Visitors to the Grass Valley booth А 50 Hall 8 will get first hand demonstrations of a range of live production solutions that will support the 2014 Winter Games, including HD cameras, switchers, and software.

“2014 is a hugely important year for broadcasters in Russia, so we are delighted to be exhibiting our latest innovations and technical strategies at this year’s NATEXPO convention,” commented Said Bacho, Senior Vice President of EMEA, Grass Valley. “As part of our ongoing commitment to the region, we recently announced an important partnership with Russian satellite broadcaster NTV Plus to help them deliver multichannel sports productions for the 2014 Winter Games. We are helping NTV Plus to compete in an extraordinarily competitive market by providing a cost-effective, agile solution that integrates with their existing Grass Valley solutions and can even be reconfigured when the Games conclude.”

The annual NATEXPO convention, the largest event of its kind in Russia and CIS countries with upwards of 12,000 attendees, caters to the various markets across broadcast, television, radio, new media, and cinema production. It provides a unique venue for content producers, equipment manufacturers and technology providers to network and share ideas and industry insight. The convention is supported by the Federal Agency of Press and Mass Communications and the Moscow city government.