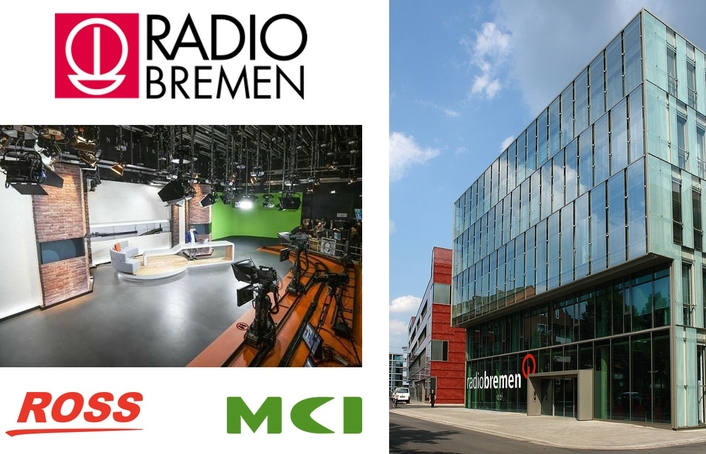 While Radio Bremen may have started life in 1945 as a modest radio channel serving the city-state of Bremen in Northern Germany, the company – a founder member of ARD, the consortium of German public broadcasting organizations – soon diversified into television and today broadcasts across the entire region with a staff of three hundred employees. With four radio networks and a varied schedule of news, current affairs and entertainment content that is broadcast regionally as well as on the main national public TV channel Das Erste, Radio Bremen plays an important part in the daily life of Germans everywhere.

In late 2017, Radio Bremen issued a European-wide tender for the refurbishment of their TV studio, a tender that was subsequently awarded to MCI in Hamburg, Germany. A Ross Video Diamond Elite partner, MCI worked with Radio Bremen to create a hybrid studio featuring a mixture of physical set and green screen area, offering maximum flexibility. Given that a modern TV studio has to be able to cater for various different kinds of programming, Radio Bremen were extremely focused on the use of their assets, and part of the brief to MCI was to help make more use of the studio space and make the space more versatile. To achieve that goal, MCI proposed Ross Video’s XPression graphics suite and the Furio robotic camera motion system, which enables Radio Bremen to power various different virtual sets on the green screen section of the set and also achieve camera shots that are far more dynamic and creative than would be possible with human operators. This ensures that each different type of program has a very different and distinct look and feel from the other content produced. The results have exceeded expectation. “This project was marked by really good teamwork between MCI and our production, technology and editorial staff”, notes Lars Rosentreter, Project Manager with Radio Bremen. “We now have a modern studio that offers us the chance to present ourselves more vividly to the audience. We especially see the potential of virtual studio technology and look forward to expanding our programming in this area in future”. 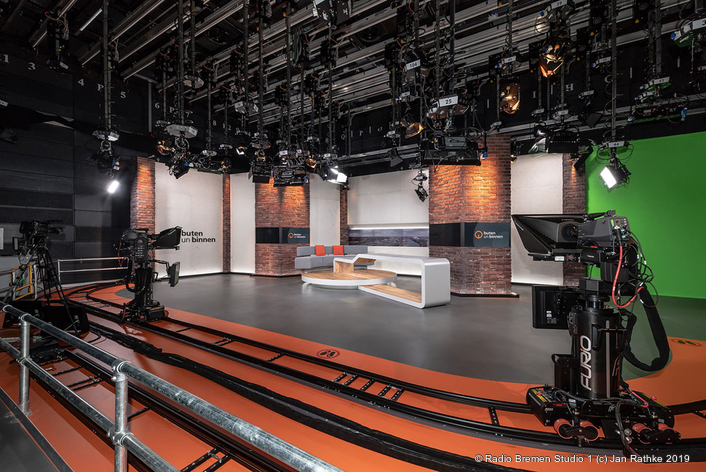 Tim Grevenitz, Head of Sales with MCI, is pleased that virtual studio technology has been adopted by such an important media brand in Germany. “With Radio Bremen the first ARD institution has chosen a virtual studio from Ross Video after a shootout, and we see this as another important milestone for our Ross distribution activities in Germany. We’re delighted that the feature set and the integration with Open Media convinced Radio Bremen at last”.