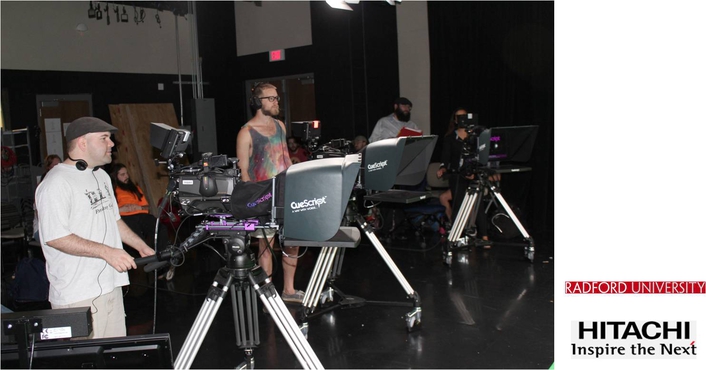 Radford University has a rich history spanning well over a century, and has earned a strong reputation for its use of technology in the learning environment. When the school recently upgraded its educational television production studio to a fully HD environment, it purchased four Z-HD5000 cameras from Hitachi Kokusai Electric America Ltd. (Hitachi Kokusai) to provide reliable, high-quality video acquisition while giving students valuable, hands-on experience with professional equipment.

Serving the Commonwealth of Virginia and the nation through a wide range of academic, cultural, human service and research programs, Radford University is a comprehensive public university with more than 9,400 enrolled undergraduate and graduate students. As part of the College of Humanities and Behavioral Sciences, the university’s School of Communication offers a choice of Communication or Media Studies majors, within which students can focus on particular concentrations.

The Production Technology program prepares students for positions in creative production in corporate, industrial and other professional environments, as well as working in the areas of Web, multimedia, radio and television and field production. With construction of the College’s new building completing last year, the School of Communication was looking to update its production abilities.

“Our objective was to upgrade our studio to a fully high definition setup,” explained Michael J. Meindl, assistant professor of media production in the School of Communication at Radford University. “The systems integrator for our new studio, Digital Video Group (DVG), suggested the HITACHI Z-HD5000 cameras to us, satisfying our specifications including quality standards and expandable optical fiber connectivity.” 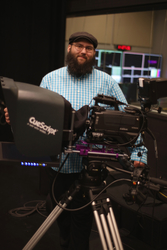 The Z-HD5000s are now used for experience-based student education in many of the school’s video production courses, which explore a variety of production types ranging from sitcoms to newscasts. Three of the Z-HD5000s are manually operated on tripods and used in classes spanning on-camera performance, electronic field production – teaming up with electronic news gathering students in the school’s Journalism concentration – and TV studio production. The fourth camera is deployed in a robotic configuration with a Ross Video CamBot pan/tilt head, with the robotics, zoom and focus controlled over a TCP/IP network.

Productions created by the students are distributed online, with a new on-campus television channel in the process of being deployed. Students also film stand-ups in front of a green screen for background compositing, with the results used to promote various programs around the university.

“The new environment and new cameras allow us to give students a better idea of how real-world television studios work, and enable the students to produce high-quality videos for their portfolios,” said Meindl.