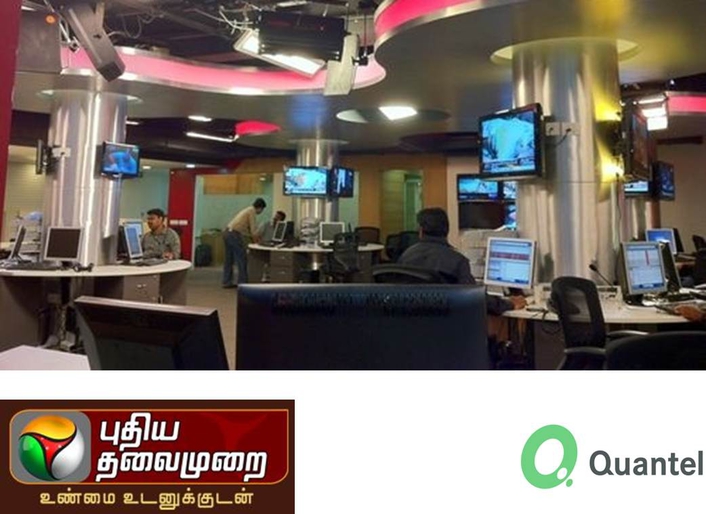 Within three months of launch on August 24th 2011, the first independent news channel in the state of Tamil Nadu has been rated as number one in the market, according to figures released by AC Nielson.

The channel is based in the capital of Tamil Nadu, Chennai, home to 74 million people, where Tamil is their first language. The state is India's seventh most populous but with its highly urbanised population is the fourth largest contributor to India's GDP.

The station motto is ‘unmai udanuk udan’, or 'truth as it happens’. News Director, Mr S Srinivasan had no hesitation in attributing the runaway success to an honest news service, stripped of any political bias or opinion. 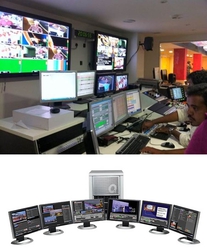 "Before we launched back in August, there were other stations in Tamil Nadu providing news, so we had to ensure we had a competitive edge which would establish us quickly and maintain a leading position in the market," he said. "Puthiya Thalaimurai is unique in providing live, back-to-back news which is reporter-led and maintains a free editorial policy. Launching in 2011, it was inconceivable to be broadcasting in anything other than full HD and with a live website full of fresh video content."

The Quantel Enterprise sQ system, along with AP's ENPS and Omnibus automation delivers the fastest possible turnaround of live events. The Quantel system, based on a single sQ 400 server delivers content 24/7 in full HD to the television audience as well as to the station's constantly-updated website.

Quantel Sales and Marketing Director, Martin Mulligan said, “One of the key success factors for Puthiya Thalaimurai is its ability to collect stories from all 32 districts of Tamil Nadu, using file-based delivery and aggregate them into a live, topical and highly relevant news service which has clearly resonated with the audience. I wish them every success for the future."