Quality Made in Germany for Switzerland 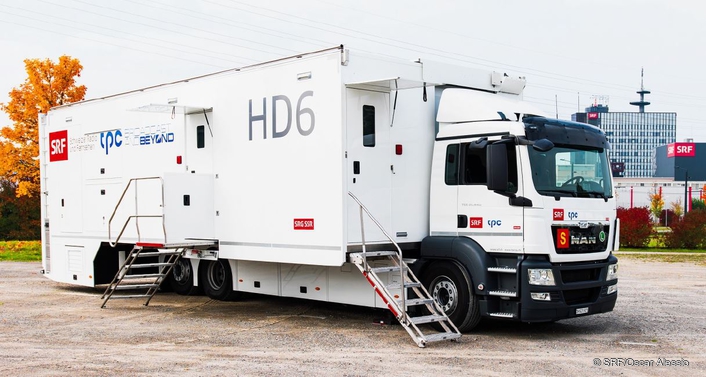 While restructuring its vehicle fleet, tpc switzerland ag, production service provider to Swiss broadcaster Schweizer Radio und Fernsehen, decided to combine one of their command vehicles and a RWS production and satellite vehicle into a combined command and reporting truck. BFE, the German specialist for high-quality projects in the broadcast sector, was commissioned to undertake the project and, in the shape of the RW HD6 command truck, has developed a vehicle designed specifically to meet the needs of the Swiss.

The new OB vehicle combines the technology from a command vehicle, which among other things is used for cycling events, with that from a reporting vehicle, such as might be used at winter sports events. A MAN TGS 26 400 was used as the base vehicle which was modified with an extendable frame, creating an especially generous amount of space in the interior. The centerpiece of the vehicle is the KSC CORE system developed by BFE, which is used as the central controller. The flexible software solution optimized for mobile production enables short set-up times with changing configurations 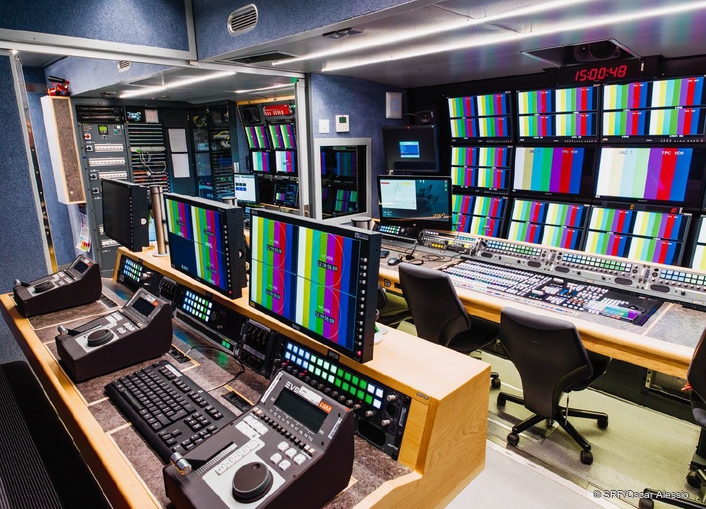 The RW HD6 is also equipped with 10 HD cameras, 3 EVS slow motion controllers, Vizrt graphics and the prerequisites for 5.1 productions. The command vehicle functionality is provided by a mechanically extendable 10-metre-high mast, which ensures stable transmission of cycling events even in difficult terrain such as the Swiss mountains. The project was designed and implemented by BFE within 10 months in close cooperation with the Swiss client.

About tpc
technology and production center switzerland ag (tpc) is a company owned by the Swiss radio and television company SRG SSR. As a production company, tpc is responsible for radio, television and multimedia content for the broadcaster Schweizer Radio und Fernsehen, and implements broadcast solutions on behalf of customers. In addition to its headquarters in Zurich, the company and its approximately 1000-strong workforce operates other studios in Basel and Bern.

About BFE
BFE Studio und Medien Systeme GmbH is a manufacturer-independent system integrator with more than 40 years of experience in the planning and implementation of complex projects in the field of broadcast and media technology. As an expert and reliable partner, BFE supports customers in Europe, Asia, North Africa and the Middle East in the implementation of tailored solutions for their specific requirements. As a manufacturer of its own KSC product line, BFE markets innovative industry solutions for the professional television and radio industry. The BFE branch in Dubai Studio City supports activities in the GCC region.