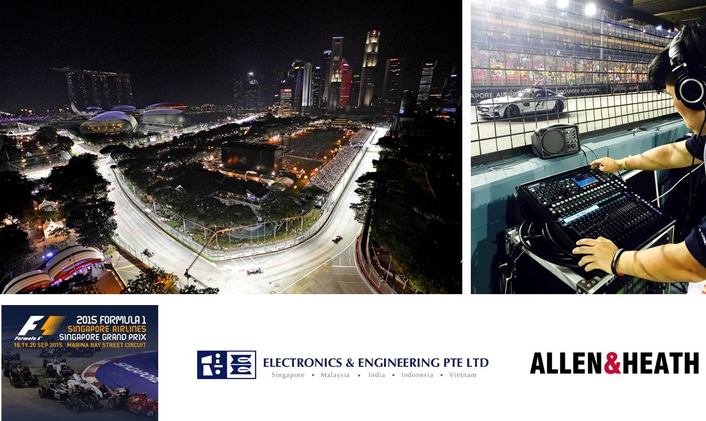 An Allen & Heath Qu-16 rackmount digital mixer was employed to manage the live audio and broadcast feeds at the recent Formula 1 Grand Prix in Singapore.

The system, comprising the Qu-16 and Shure microphones, was supplied and managed by E&E, which was tasked with capturing all the live audio to provide media and local broadcast feeds. The Qu-16 sent mic signals from the drivers to the Formula One Management (FOM) systems, which in turn fed the Media Centre, where the international journalist community were waiting to report. The Media Centre also distributed audio to the arena loudspeaker system for the local audience.

The Qu-16 also managed audio for press conferences in the Media Centre and at the podium area, as well as the broadcast of the winning team’s National Anthem.

"The Qu-16 was chosen for its versatility and power-packed features, available in a compact footprint, which was necessary as we were literally situated on the sidewall of the pit lane for the opening ceremony!" comments Abel Yap, systems applications engineer at E&E.