Putting video at the heart of Norway’s news agenda

.
Founded in 1945, VG (Verdens Gang) has since grown into one of Norway’s largest media houses. As well as publishing the country’s largest daily tabloid newspaper, the group now also has a hugely successful online news site as well as its own standalone television channel, which launched at the end of last year.

From the outset of its online news production, video has been a fundamental, in order to attract and grow audiences. “We are aware that not only do people jump in and out of news, they also switch the device they’re using; they might browse the headlines on their laptop at work, but may use their phones when on the move to catch up on entertainment or sports highlights, or even have a tablet as their second screen at home,” explains Pål Hansen, CTO at VG. “This is our starting point and news journalists are expected to feed stories to our television channel as well as to our online portal, to help connect with a variety of viewers.” 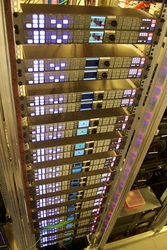 VG’s video news content is extensive, incorporating bulletins from its glass backed newsroom studio in the heart of the newspaper’s editorial offices, daily live magazine style shows from a dedicated production studio and outside broadcasts from its six camera OB unit, which covers major national events such as the Nordic Skiing World Championships. As well as all of the content produced inhouse, VG also takes video from external sources, particularly for international stories, as well as footage taken by roving reporters working with smartphones and mini production kits.

In order to manage this huge volume of video content, VG worked with reseller Video4 to install more than 20 Blackmagic Design Teranex standards and frame rate converters racked in VGTV’s server room, allowing them to standardize every single video signal before it’s used. Pål explains the team’s reasoning: “We have an in house format of 1080/25psf for all of the content that we produce as this ensures a broadcast quality output, regardless of how a viewer is accessing our news. However, we want our journalists to focus on capturing the news quickly and accurately, rather than worrying about what format they need to be recording in and then missing the moment, so our workflow has been designed to take that problem away from the front line news producers, as the Teranex converters give us the flexibility to accept content in virtually any format.” VG also has two Teranex units onboard its OB truck, which gives an extra dimension for outside broadcasts and means additional sources can instantly be included even during live OB transmissions. The processors are also used to convert audio AES signals as they come into the central video workflow, ready for the program mix, and quality is checked with Blackmagic Audio Monitors.

The final layout of VG’s video programming is produced using Blackmagic Design ATEM 2 M/E Production Studio 4K production switchers, which are installed throughout the studio and outside broadcast facilities, together with an ATEM Television Studio in its podcast studio. “Although VGTV is a separate entity, it is very much an extension of the newspaper and as such our video editorial has to meet the same high quality as our print journalism,” explained Pål. “The ATEM switchers give us the capacity to incorporate all of the different video sources to give our programming depth and keep viewers engaged, whether they are watching a sporting event or getting up to date with the latest news.” 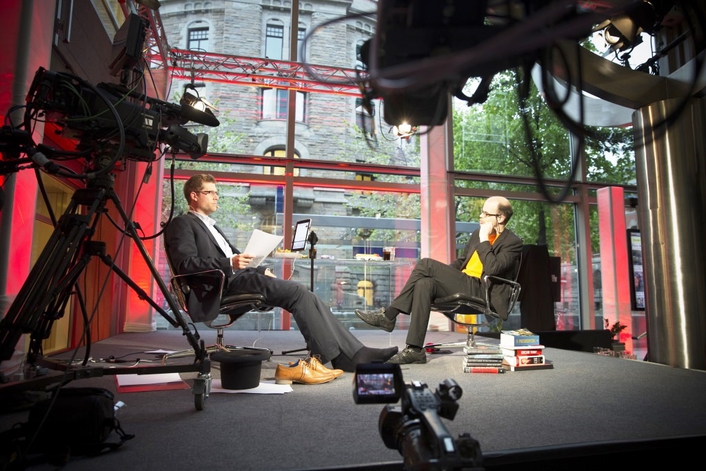 Ensuring an effective back up and archive of video content created by VG’s news journalists is also a key element of the media house’s workflow, and Pål explains that the team decided to install HyperDeck Studio Pro SSD broadcast decks throughout the facilities, which are used to capture all of the programming from the three studios. “Just as we would archive our written content, we need to be able to have all of our video production recorded and archived for the future. The continuous recording on the HyperDecks mean that they can simply run in the background, whilst the team focuses on live content delivery and transmission.”