Putting Children Behind The Camera for Primary School Programming

Milton Hall Primary School is putting live television production and broadcasting skills at the heart of its inspirational approach to pupils’ development and education outside of the classroom. Located in the UK seaside town of Southend, the school has more than 650 pupils, almost half of whom do not speak English as their first language.

Jon Baker, the school’s media manager explains that the school’s media program, which is blazing the trail in primary education, initially stemmed from an innovative attendance scheme, in which Jon started out producing music videos with pupils. “At first glance, we may not appear to be the school you would necessarily picture as a leader in production technology; we’re a state primary school, based in an area with a very mixed socio economic make up. Milton Hall is a school where the children need to be shown that different lifestyles, jobs and opportunities are available to them, if they are able to show the commitment and passion for what they want to do.” 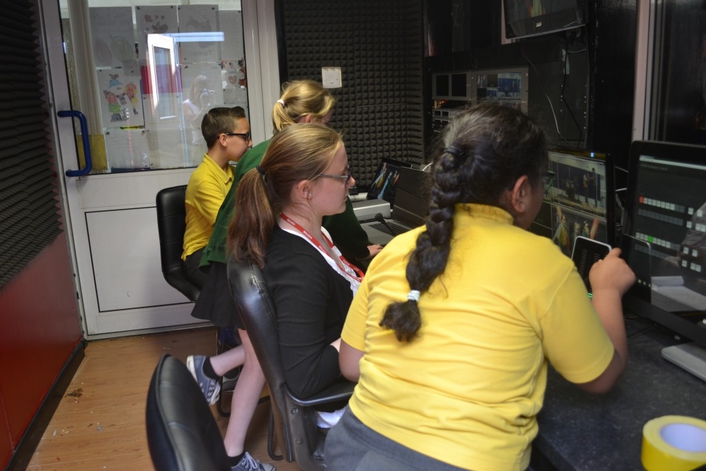 The children were so enthusiastic about their experiences in front of and behind the camera, that this has developed over the past five years into a fully functional television studio and production gallery, built around Blackmagic Design. An After School Club, which comprises of around thirty children between the ages of four and eleven, learn every aspect of program production and broadcast, getting hands on with presenting, vision mixing, greenscreen and chromakey, editing and streaming their own programs. “The children really take charge of every aspect of the production; we get them to write and star in their own prerecorded shows, carrying out all of the planning, filming and post production themselves,” Jon explains. “We invested in two Blackmagic Studio Cameras, which are fantastic for the children to use, particularly the large screen which makes it really easy for a group of them to work together and ensure a shot is well framed. They produce amazing broadcast quality images in HD and the design of the cameras is very clean and easy to use, so children immediately feel at home, and not put off by complex technical situations.” 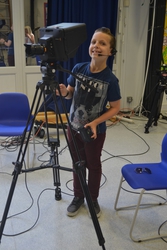 Shows range from filming live dramatic performances, concerts and school assemblies through to presentations of class projects. “The greenscreen is a fantastic tool for the children to use, as it immediately brings their schoolwork to life. We can put their classmates in a 1940s setting for a World War II project, or for a recent Year 3 ‘homes’ project, we used pictures of houses that the children had designed as the backdrop, so we could ‘shrink’ the children to fit into their drawings.”

All of the prerecorded footage is edited by the children and loaded as .mov files on to two laptops, which feed into an ATEM 1 M/E Production Studio 4K in the school’s dedicated television studio and production gallery. The team can then mix the videos for monthly live programs, which are streamed via a dedicated website. SmartView monitors are installed throughout the studio, together with HyperDeck Studio Pro broadcast decks and a Blackmagic Audio Monitor.

“One major advantage with all of the Blackmagic kit is that it is very intuitive and the kids get to grips with live vision mixing, professional transitions and chromakey extremely quickly,” Jon explains. “As well as filming in the television studio, we have also utilized our original switcher, an ATEM Television Studio, as an OB unit, so that the children can produce their programs from multiple locations. Currently we use SDI cable runs, however an optical fiber network is also in the early stages of planning, which will allow children to film throughout the entire school, as well as enabling us to install further broadcast kit in the future, including talkback systems and additional cameras.”

All of the children’s production experience recently came to the fore in the club’s greatest challenge to date: a 24 hour live broadcast project. Jon explains that the children developed a huge amount of different programming ideas in advance. “We had everything from story time in multiple languages, to a Ready Steady Cook program in the school kitchen, comedy, singing and drumming performances and a live gaming session. There was even a Big Brother house, where we used our OB setup, which the children could cut to at any point during the broadcast. The ATEM’s software control was extremely useful during the broadcast, as it made it very easy for the children to switch between the various locations where we were filming, but also to help with any improvised scheduling when a performer wasn’t quite ready to go. It definitely helped the children understand that not everything goes smoothly in a live transmission!” 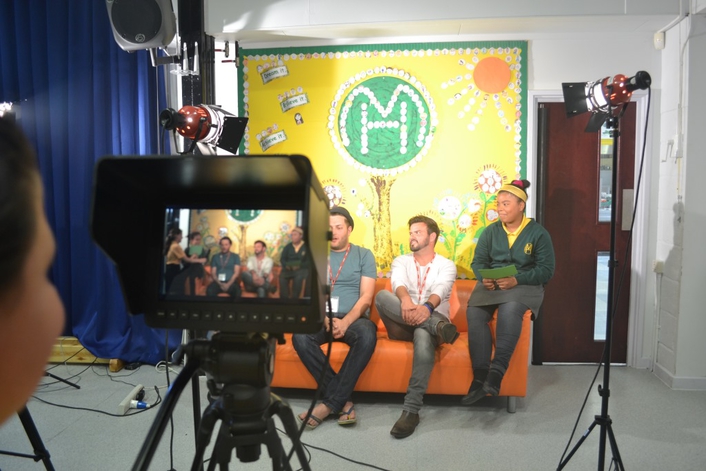 Jon concludes that video production will continue to play a major part in the school’s curriculum. “The technical broadcasting skills that the children learn are, of course, fantastic, but there is so much more that the children take from the club. Their confidence grows, they learn to present their ideas clearly and they have to be able to listen and take direction. Combine this with the way in which we’re able to complement the work being done in the classroom, and it’s easy to see why the scheme has been so successful and is now an integral part of the school’s identity.”