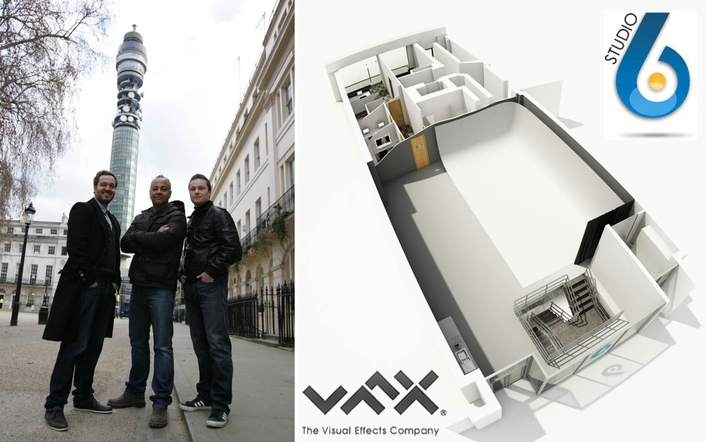 Called Studio 66, it will feature a 625 sq ft production space with an L shaped cyclorama and infinity cove plus full studio lighting package.

Catering facilities will be available as well as a dressing room, production office, hair and make-up room and client green room.

In-house Red camera and Canon 5D and 7D camera kits will be available alongside motion control rigs. A dedicated 3-phase power supply has also been installed.

Located on Warren Street, W1 within just a few minutes walk of cost-effective congestion-zone free parking or Oxford Circus, Great Portland Street and Warren Street underground stations, Studio 66 will be the only facility of its kind in the heart of London’s creative community.

Company director Rob Delicata at The Visual Effects Company, said: “The goal is to give clients a comfortable, purpose-designed centrally located studio set-up in the heart of the west end.”

Thanks to the continued development of digital technology, Studio 66 will also be able to offer producers the ability to shoot in the studio while viewing and working on that material in a creative post-production environment at the same time.

This will be made possible through the group’s post-production facility 66 London which will be moved into the same Warren Street building later in the year.

“Once we’re fully up and running we’ll be able to offer our clients a variety of services,” added company director Malcolm Wooldridge. “These include your standard studio dry-hire scenario or our unique end-to-end pipeline service which will allow clients full use of all our services including our creative directors, pre-visualization, studio and 2D and 3D post-production.“

Studio Manager Mick Velvick will run Studio 66, moving across from his role as production manager with The Visual Effects Company. Velvick has extensive studio and production industry experience both in London and Los Angeles.

Studio 66 is currently just over a month from completion, with a launch date scheduled for early May 2011.

About The Visual Effects Company

The Visual Effects Company is a world-renowned motion control firm based in Soho, London. Founded in 2003 by three former colleagues from Mill Film, Malcolm Wooldridge, Rob Delicata and Digna Nigoumi, it has helped to produce camera effects shots for a myriad of commercials and feature films. Its commercials credits include ‘British Airways’ for Daniel Barber at Knucklehead, ‘XBox Guitar Hero’ for Daniel Askill at Radical Media, and the Grand Prix award-winning ‘Philips Carousel’ for Adam Berg at Stink. The company has also worked on a huge number of feature films such as Sweeney Todd, Sherlock Holmes, Quantum of Solace and, most recently, Harry Potter and the Deathly Hallows. In August 2009 The Visual Effects Company launched a post-production facility, 66 London, in order to give the group the ability to complete entire commercials, film and broadcast projects, from pitch to final delivery.