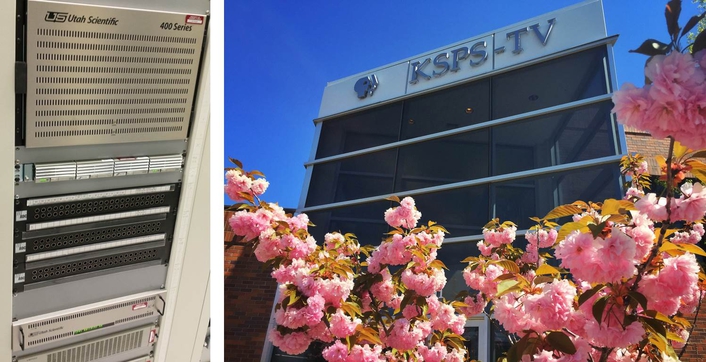 Utah Scientific today announced that KSPS-TV, the Spokane, Washington, PBS affiliate, has upgraded its broadcast operation with a new UTAH-400 Series 2 router. The UTAH-400 Series 2 will bring new levels of signal flexibility, modularity, and signal-processing power to the 45-year-old broadcaster, well-known for its award-winning national programming.

"With our previous router nearing its end of life, we needed a robust and future-proof replacement. We selected the UTAH-400 Series 2 after speaking with other broadcasters that have had outstanding results with Utah Scientific solutions," said Steve Covert, studio engineer, KSPS-TV. "Another big reason we chose Utah Scientific was its 10-year warranty and no-contract support — practically unheard-of in this industry."

In addition to its three broadcast channels, KSPS-TV operates six educational cable channels and provides master control operations for two other stations. Expected to be fully operational by September, the new UTAH-400 Series 2 router will be the heart of the KSPS operation, switching signals from every video device and for the entire programming lineup. The new router is a 144 x 144 frame configured for 96 inputs and 72 outputs, with Utah Scientific's SoftPanel-2 software and UCP-Series panels providing router control.

"Our UTAH-400 Series 2 uniquely addresses the complex signal-processing challenges of today's broadcasters by providing a single platform for all signal formats, including those found in IP networks," said Tom Harmon, president and CEO of Utah Scientific. "With its programming reaching more than 2 million households, KSPS-TV is a major force in public television and a prime candidate for the increased flexibility and power of the UTAH-400 Series 2. We welcome KSPS-TV as a new Utah Scientific customer and look forward to helping them realize maximum success with our products."