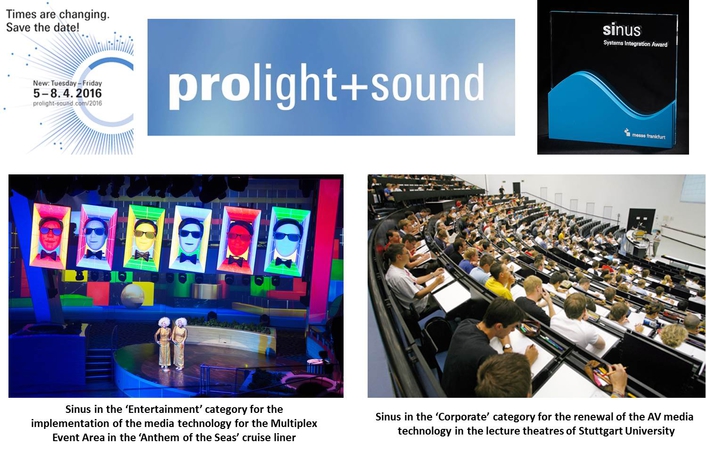 This year’s Sinus – Systems Integrations Award, one of the most coveted award for special achievements in the field of AV media technology and systems integration, is being given for two projects. In the ‘Entertainment’ category, the award honours the development and implementation of the media technology for the ‘Two70°’ Multiplex Event Area in the ‘Anthem of the Seas’ cruise liner. In the ‘Corporate’ category, it is being given for the renewal of the AV media technology in 63 lecture theatres of Stuttgart University. The customers and the contractors of the projects will be presented with the awards at Prolight + Sound, International Fair of Technologies and Services for Entertainment, Integrated Systems and Creation, on 7 April 2016. For the first time this year, it has been possible for personalities and companies from the sector to submit projects directly to the expert jury.

The Multiplex Two70° Event Area in the ‘Anthem of the Seas’ cruise liner is fitted with ultra-modern AV media technology and offers passengers high-class entertainment characterised by the optimum interaction of lighting, audio, video and live performances. The multi-storey area is located in the ship’s stern and is fitted with six-metre high panorama windows. During the day, passengers have an awe-inspiring 270° view of the sea. After dusk, the windows are illuminated by 18 projectors and become a 30-metre wide video screen. This is made possible by brand-new Vistarama technology including special sun-screens on the windows to act as the projection area. A particular challenge was posed by the inclination and curvature of the Vistarama surface, which meant the images shown had to be geometrically adapted to compensate for this.

The result is a project from the floor to the ceiling with an overall resolution of 12,480 x 2,280 pixels. There are also six movable LED screens controlled by robot arms and a state-of-the-art PA system. Thanks to the skilful linkage of the media-technology elements with the dance and music performances, passengers can enjoy a spectacular and emotional overall experience. 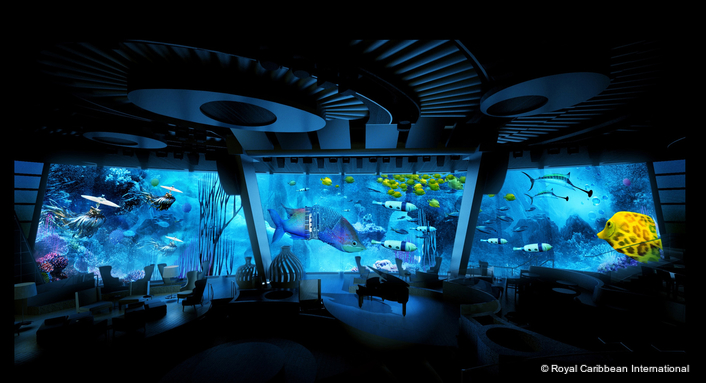 The ‘Anthem of the Seas’ is a Quantum Class ‘Smart Ship’ belonging to the Royal Caribbean International (RCI) cruise line and is characterised by numerous innovations for the ship’s leisure and event programme. The Hamburg-based Amptown System Company (ASC) was responsible for the integration and networking of the media and entertainment technology in the 40 event and foodservice areas of the ‘Anthem of the Seas’. Implementation and detailed technical planning was carried out by the ASC Engineering Team in close cooperation with the cruise line and the shipyard, Meyer Werft (Papenburg).

The media technological infrastructure and equipment of the University of Stuttgart is being thoroughly modernised so that, on completion of the project at the end of 2016, the internationally renowned research university will be distinguished by AV media technology that ranks among the most advanced in Europe. Besides the fundamental renewal of the AV media technology at the City Centre Campus and the Vaihingen Campus, the aim is to introduce a video-management platform embracing the entire university and a central control room. One of the major challenges facing the contractor is the need to install the equipment during day-to-day university operations. 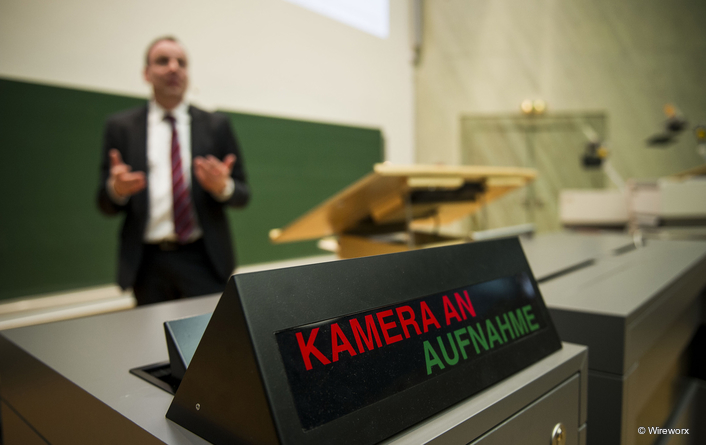 In the course of the modernisation process, the university’s teaching staff will be given the opportunity to arrange and control the recording and transmission of lectures themselves – the content can be streamed either to other lecture theatres on the campus network or even worldwide. The lectures and seminars are distributed via the opencast 2 video-management platform and combined with the Ilias teaching platform. Both software modules are open-source developments by European universities whereby the functions of the systems employed for recording and distribution take special account of the current data-protection regulations for video recordings at universities.

Another part of the modernisation project is a simplified control-panel regulation in all lecture theatres. Should a problem occur in a particular lecture theatre, it is now possible to control the media technology remotely and, therefore, solve problems independently of location. For example, via this system, a technician at the Vaihingen Campus can solve a problem at the City Centre Campus and vice versa.

Responsible for the concept, planning, project management and commissioning of the new media technology is Stuttgart-based Wireworx GmbH. Cancom Didas GmbH from Filderstadt-Bonladen near Stuttgart is in charge for the installation. Implementation has run smoothly and according to plan since the project began at the beginning of 2015 – to date, around 50 percent of the work has been completed. The last part of the project is scheduled for completion by the end of 2016.

Sinus – Systems Integrations Award
Sinus is an honorary award and has been given in different categories annually during Prolight + Sound, International Fair of Technologies and Services for Entertainment, Integrated Systems and Creation, since 2004. The award pays tribute to projects distinguished by the innovative and future-oriented use of media technology and systems integration. The jury and trustees of the award are made up of representatives of the Professional Lighting & Sound Association of Germany (Verband für Licht-, Ton- und Veranstaltungstechnik - VPLT) and the European Association of Event Centres (Europäischer Verband der Veranstaltungs-Centren - EVVC) together with experts from the sector, representatives of the trade press and Messe Frankfurt.

The presentation ceremony will be held in ‘Saal Europa’ of Hall 4.0 at 18.30 hrs on 7 April 2016. Together with the Opus – German Stage Award – the Musikmesse International Press Award (MIPA) and the Prolight + Sound Press Award (PIPA), which will also be presented during the ceremony, the Sinus – Systems Integration Award is part of a gala evening event during the fair, which forms an important meeting place for everyone from the fields of event technology, systems integration, AV media technology, studio technology and broadcasting.