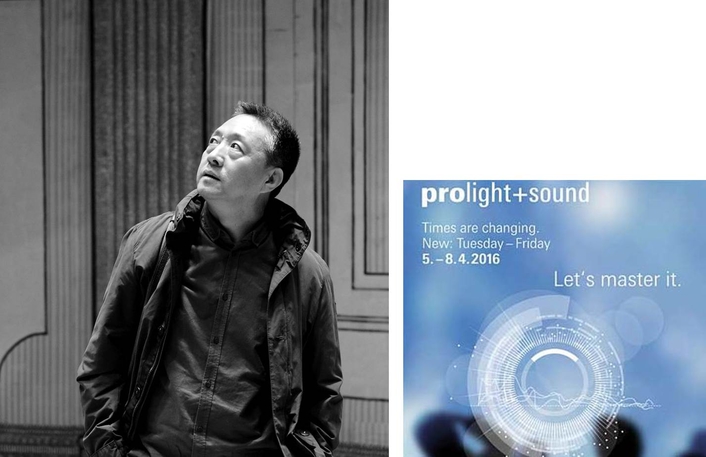 Guang Jian Gao, Designer-in-Chief and Art Director at the Chinese National Centre of Performing Arts in Beijing, will speak at Prolight + Sound 2016. The internationally renowned theatre expert will hold a keynote lecture covering his many years of experience as a set designer and offering interesting expert knowledge for the sector. The lecture will be held in Forum.0 of Frankfurt Fair and Exhibition Centre on Thursday, 7 April 2016 at 15.30 hrs.

“Products and subjects relating to theatre and stage technology have gained greatly in significance for Prolight + Sound. Therefore, I am particularly pleased that, with this lecture by Guang Jian Gao, we can also present a special highlight for trade visitors from this segment at this year’s fair”, says Prolight + Sound Director Michael Biwer. “Our special thanks go to Florian von Hofen, CTO of Rouge AVE, who made contact with Guang Jian Gao and went to great lengths to make this extraordinary highlight possible.” 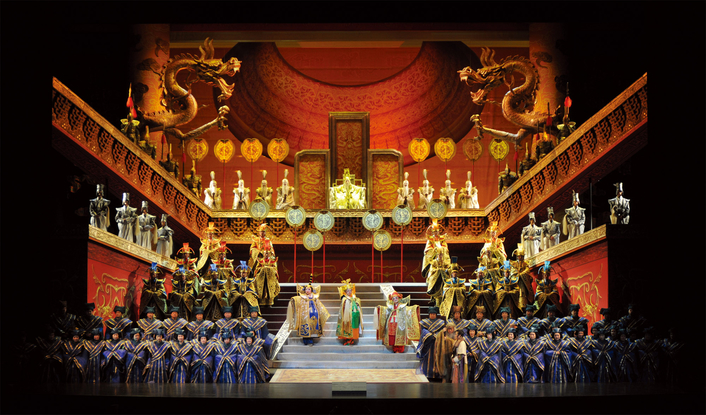 Gao is China’s leading stage designer. He has been honoured many times for his work at national and international theatres. In the course of his 20-year career, he has been involved in numerous productions including works such as ‘Rigoletto’, ‘The Magic Flute’, ‘Don Pasquale’, ‘Nora’, ‘The Wager’ and ‘The Orphan of Zhao’. Additionally, he was responsible for the design of the opera ‘Turandot’ directed by Golden Globe winner Zhang Yimou. Their version of ‘Turandot’ was initially performed in Florence, then in the ‘Forbidden City’ in Beijing and subsequently at many venues around the world, such as the Olympic Stadium in Munich and, most recently the Chinese National Centre of Performing Arts and the Olympic Stadium in Beijing. At the 2015 Quadriennale in Prague, Gao was presented with the gold medal for the best stage design. 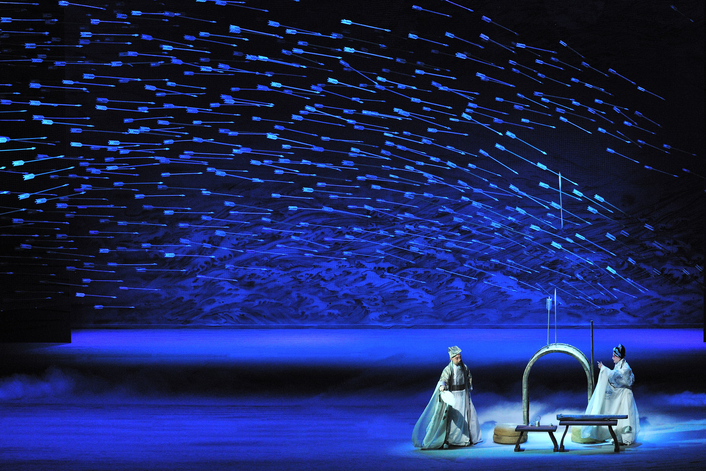 The keynote lecture by Guang Jian Gao is part of the extensive seminar programme of Prolight + Sound (5 to 8 April 2016). Last year, the trade fair was supplemented by ‘Stagery’, a special-interest product group that embraces products and services for the field of theatre and stage technology. The lectures offered also cover this subject area in depth.

Further details about the conference programme at Prolight + Sound 2016 will be announced shortly.

Prolight + Sound – Let’s master it
Prolight + Sound is the International Fair of Technologies and Services for Entertainment, Integrated Systems und Creation. At the last edition of the fair, 920 exhibitors from 41 countries presented their products and services for the fields of lighting and stage technology, audio and PA systems and audio-visual media technology in the exhibition halls and outdoor areas of Frankfurt Fair and Exhibition Centre. For 2016, Messe Frankfurt has prepared a new concept that takes even better account of the demands of manufacturers and visitors. The associated move to the eastern section of the Exhibition Centre creates the necessary conditions for further growth. An optimised sequence of days (Tuesday to Friday) will sharpen the profile of Prolight + Sound as a trade fair and permit the extensive conference and professional-development programme to be extended to four days. The fair will be held concurrently with Musikmesse On the Thursday and Friday and, on these days, the Prolight + Sound admission ticket will also entitle holders to visit Musikmesse. Thus, the synergies between the two fairs will remain unchanged despite the new concept.