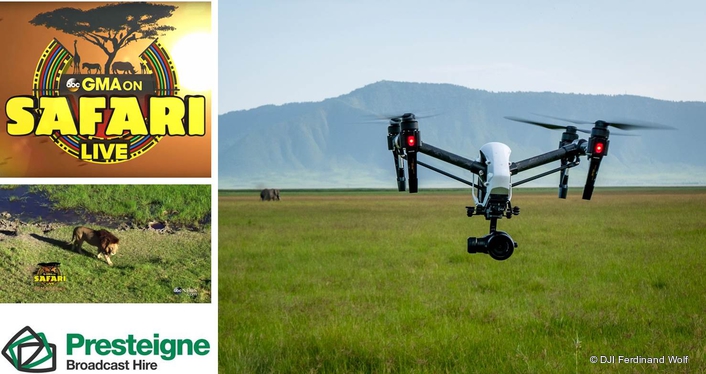 With segments incorporated into the two-hour broadcast, GMA on Safari was the first GMA event to be simultaneously broadcast live in 360 degrees. GMA, produced by Disney–owned ABC, took its audience on a live, immersive 360-degree virtual reality tour of one of the most breathtaking natural wonders in Africa, the “Great Migration”, which begins at approximately the same time each year in the Ngorongoro Conservation Area in Tanzania. The migration is the continent's greatest concentration of large mammals, where more than two million wildebeest, zebra, and gazelle graze in the lush surrounds of the Ngorongoro Crater, the world’s largest inactive volcanic caldera.

GMA showcased the wildlife live in their natural habitat using a total of five DJI drone-mounted camera systems operated by Skynamic, plus a stationary Immersive Media IM360 virtual reality camera. The latter enabled GMA viewers on Internet-enabled devices to see and control their own experience from any phone, tablet, desktop, or VR headset, with live 360-degree images, creating the illusion of actually being there.

For the remote production concept to work, all video, audio, co-ordination and IP signals had to be individually linked to the gallery in the US. Through its London bureau, ABC turned to Presteigne Broadcast Hire to help make it work.

Presteigne Project Manager Martin Sexton said, “GMA needed the fixed VR and drone-mounted cameras to be able to transmit from anywhere in the immense Ngorogoro Crater. This proved to be a challenge because, while the Ngorogoro Crater is home to the lion, elephant, Cape buffalo, leopard, and black rhinoceros, it is decidedly not home to IP infrastructures or mobile phone data coverage.”

In addition to the 360 VR cameras, GMA needed a fully remote HD production setup with three RF-linked jeeps; wide angle cameras; and a long-lens camera. All of the technology had to be able to transmit in HD from anywhere within the 260 square kilometres of the 610-metre deep crater.

Sexton said, “We’re experts in establishing RF systems, often in very challenging locations and conditions, but the scale of the crater and surrounding area was, quite literally, a new order of magnitude.” 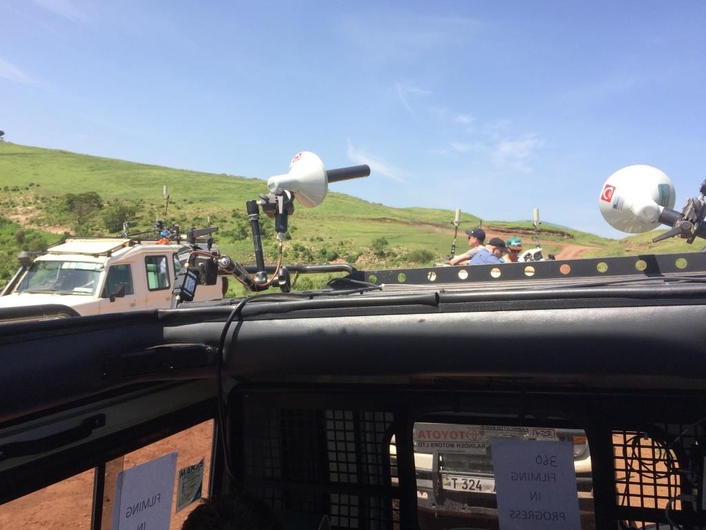 To resolve the issue, Presteigne deployed a wide area NETNode IP mesh system from Domo Broadcast between the crater and the base camp, interfaced at the base camp with Presteigne’s Idirect-based technology (working on the Melcom satellite network). This was used for the live VR pictures, off-line uploads, and other IP/Internet based services.

Presteigne added wide area, low delay HD RF circuits for the roving jeeps to service video and audio from the drones, plus a presenter camera and further long-lens camera system with a stabilised Canon HJ40 lens and accessories. 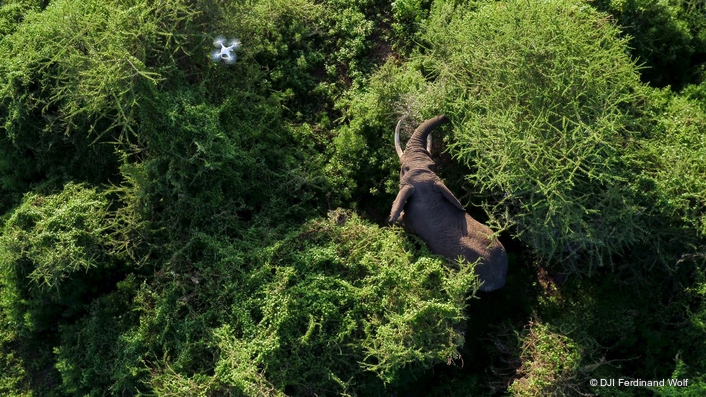 One wide area return vision system fed an HD low delay quad split of all local sources from the base camp back to the presenters roving vehicle to enable live commentary on the pictures from the separate jeeps. 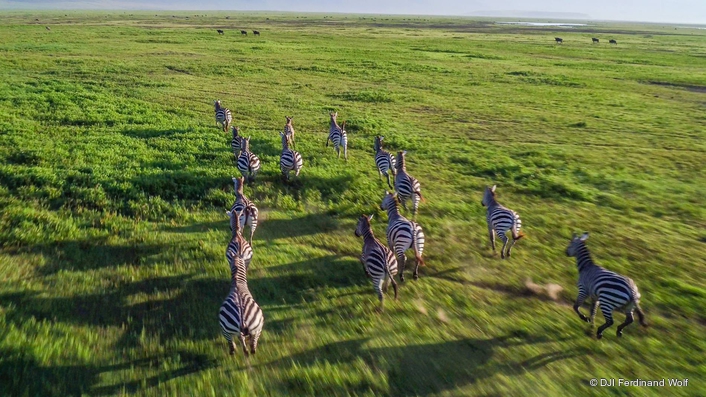 Sexton added, “Having tested the technology in the UK and carried out a site visit with ABC to help designate the base camp and suitable RF locations, we then prepped, packaged, and shipped all of the technology to Tanzania in double-quick time. The powerful combination of our respective logistic and engineering teams meant that the show was successfully rigged, rehearsed, transmitted, and de-rigged precisely according to plan, including last-minute production changes. There wasn't a single break in service or failure of any of the facilities provided, either on or off screen. Viewers around the world were delighted and amazed by the scale of coverage achieved and the intimate experience provided.”