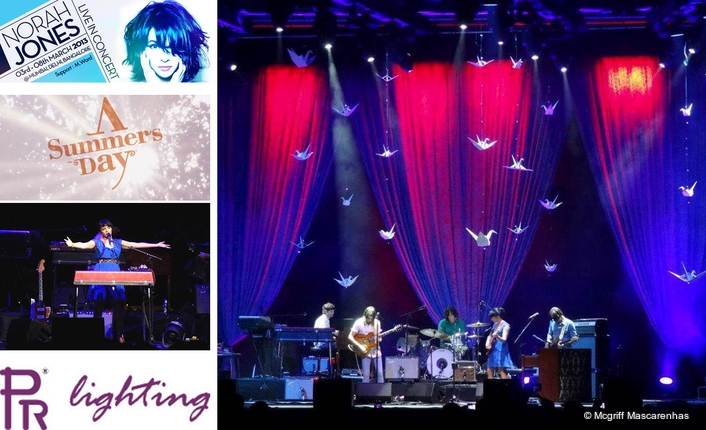 E2Tech provide service with a smile!
When Norah Jones, daughter of Ravi Shankar, made her first ever appearance in India — at A Summer's Day Festival in Mumbai — around 8,000 fans turned up at the Mahalaxmi Race Course to cheer her on.

Making sure that the stage dynamics lived up to the performance were local production company E2Tech. Among the FX used were 24 of PR Lighting’s new XLED 1037 moving heads with zoom.

Characterised by the use of 37 x 10 Watt RGBW LEDs (containing four colours in one), one of its outstanding features is its wide linear zoom, with variable beam angle. It was deployed on this show with 26° beam angle.

The lights were flown down specifically for the event — purchased by E2Tech from Modern Stage Service, PR Lighting’s Indian distributors.

Said E2Tech owner, Jasjeet Singh, “We have been using PR fixtures for the last four years and are very happy both with the product and the service.” 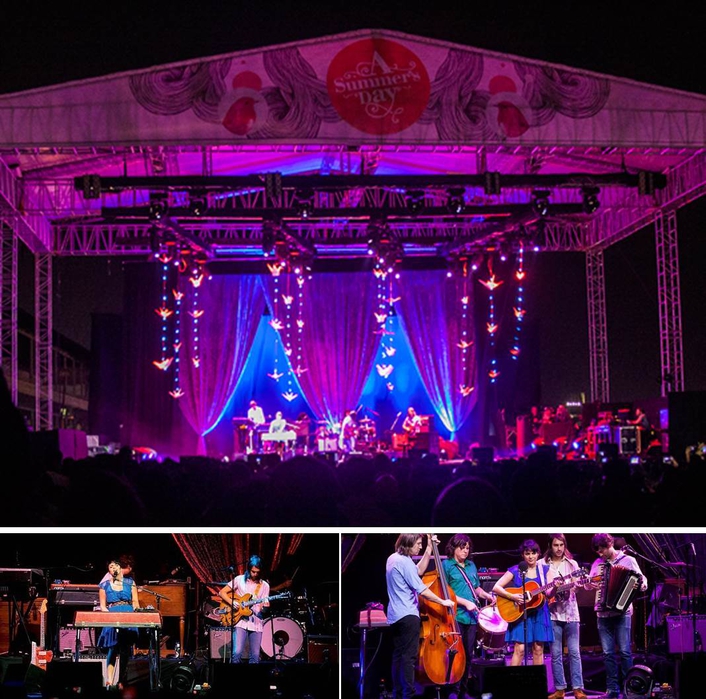 E2Tech lighting specialist, Mcgriff Mascarenhas ensured that these were able to realise the design, conceived by the artiste’s personal LD. With only one prep day possible, all the personalities were safely loaded into the lighting board.

Originally the designer had specified another brand of moving lights. But after receiving E2Tech’s assurance — and witnessing a four-light demo — he was immediately convinced. In fact he expressed his hope that he would receive the same lights in the other two cities on the itinerary (Delhi and Bangalore), which E2Tech also provided lighting (and part of the trussing) for.

Asked if the promoters had been happy with the level of production, Jasjeet Singh simply replied, “We have always believed in one formula … if you don't get a panic call from the venue, and when the head of production sends a Smile on SMS, then everything is OK!”