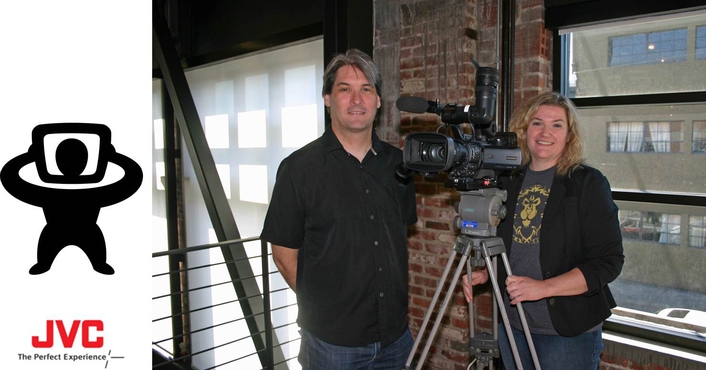 The new cameras are replacing a fleet of JVC GY-HM100 and GY-HM700 ProHD cameras that are still working but have been in use for five years. “We chose the JVC 600s and 850s because we had such an excellent experience with the JVC 100s and 700s,” said Bea Coulter, PCM director of operations. “The cameras make a beautiful picture, they're versatile and support a variety of production configurations and uses, and they are rugged enough to stand up to the heavy use they receive from our community producers.” 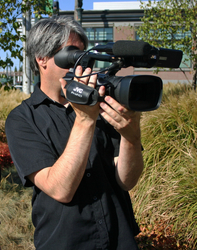 The station deployed its GY-HM600s in November following a mandatory field production workshop, which covered camera basics, audio, and lighting over three, three-hour sessions. Training for the GY-HM850s, which will be used by PCM’s more advanced producers, is handled in one session, and those cameras will be available later this month.

Response to the new cameras has been very positive, according to Ben Popp, media education coordinator. He said producers have praised the GY-HM600’s integrated 23x Fujinon auto focus zoom lens and low-light performance. Plus, the camera’s straightforward menu system, as well as the familiarity with other JVC models, made training much easier. “Everyone’s been able to grasp it very thoroughly,” he said.

Mark Ruskamp, public access coordinator, said PCM’s community producers use the cameras for coverage of concerts, local sports, protests, and more. Along with such varied subject matter, PCM has some producers who want to shoot in “auto” mode, while others want more control over the images they record. “We’re very focused on quality here,” he said, “and the GY-HM600 is the perfect blend of automatic features and manual features.” 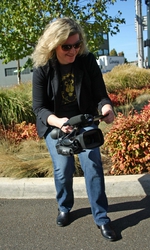 PCM transitioned to a file-based production workflow when it acquired its first JVC cameras in 2009, and JVC’s native file recording has streamlined post production with Apple Final Cut Pro. Producers have also benefitted from the use of non-proprietary SDHC recording media. “The JVC cameras were exactly what we needed to support a file-based workflow for our community producers,” Coulter added. “By recording to media that was within the average person's price range, JVC made it possible for many independent producers to achieve their goals and not bust the bank.”