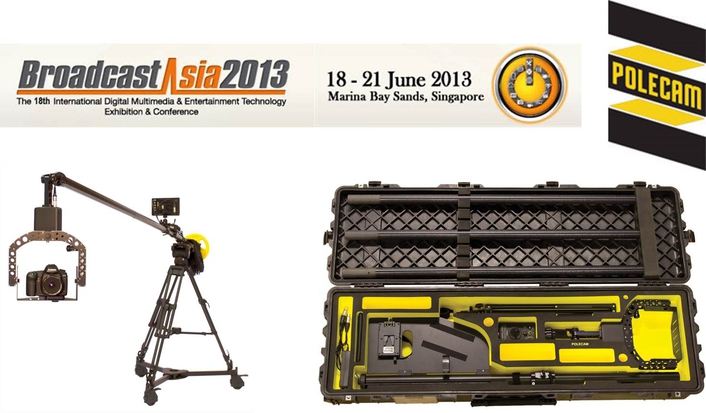 Steffan will be sharing his time between stands and demonstrating the new versatility on offer from the Polecam Starter Pack, which together with the Long Head from the range of new Polecam heads allows a wide range of cameras to be mounted on the jib including the new large sensor cameras and DLSRs. The showing continues the success of penetration of this product from Europe to the Americas after a very successful NAB show, and now into the South east Asia Pacific region.

Now the versatility, portability and speed of the Polecam single operator jib system is opened up to using DLSR cameras from Canon, Nikon and others, and also to dedicated high end cinematic video cameras like the Black Magic Design Cinema camera, the Canon C300, and the high quality lenses available for these cameras. Iris, zoom and focus can in most cases  be controlled from the rear of the rig.

Steffan Hewitt said “From the early days Polecam has always moved forward to reflect advances in technology, and to incorporate feedback from users and from my own use too. Now we have made a huge step forward, retaining the classic Polecam rig and all its advantages working with today’s latest HD minicams, but adding the new accessibility of the Polecam Starter Pack, making it easier to own by stripping out those parts which a new user may not ever need. But take a Starter Pack, add the new Long Head and a large sensor camera and you have a crane of Cinematic possibilities. Whatever your production, whatever your budget, Polecam makes crane moves affordable, and crane moves are a sure way to raise production values.” 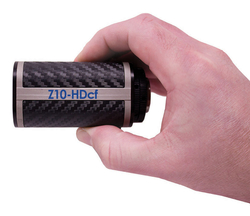 On show also will be the new Z10 high performance HD Zoom lens and ZIF controller, as well as the well established classic Polecam rig and the Toshiba IK-HD1 camera, RCP, Polecam accessories like the Wire Strut System, lenses and the Goal Cam system.

Polecam’s attraction has always been a winning combination of portability, speed of rig/derig, adding production values without hassle, getting crane shots where no other crane could go, and getting right in to where the action is. Crane shots up a mountain! No problem. On a small boat! No problem.

Steffan has continued to develop and refine Polecam, never standing still, and today Polecam Systems offers a wide choice of ways to own a rig, from the Polecam Starter Pack, an entry level configuration that with the Long Head will take a DSLR, Canon C300, Sony Nex 700, Black Magic Design Cinema camera or similar. The full Polecam rig when configured as 7th Heaven has an extended reach of 8m/26 feet and when fitted with a small profile HD camera can get you right in to where the action is, giving a unique creative viewpoint to your productions.