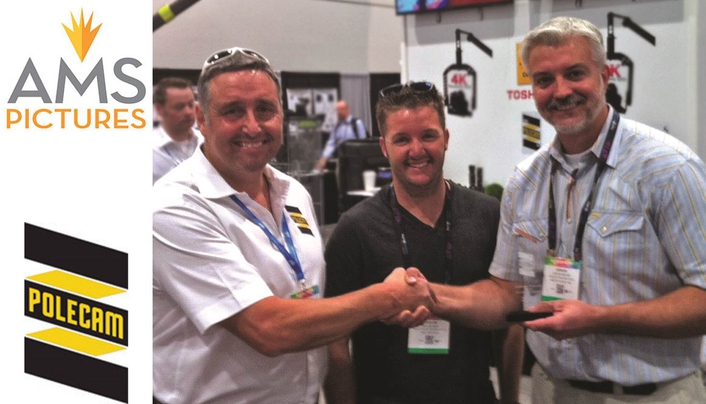 Designer of Polecam, and founder of the company, Steffan Hewitt said “ This last year we have seen a ramp up of sales as more and more creatives are discovering how Polecam can both speed up production and add production values all at the same time. With more than 500 rigs in use globally we are seeing the great results that creative minds can achieve with such a production tool, and so we have decided to present a new annual award for Outstanding Production Using a Polecam.” 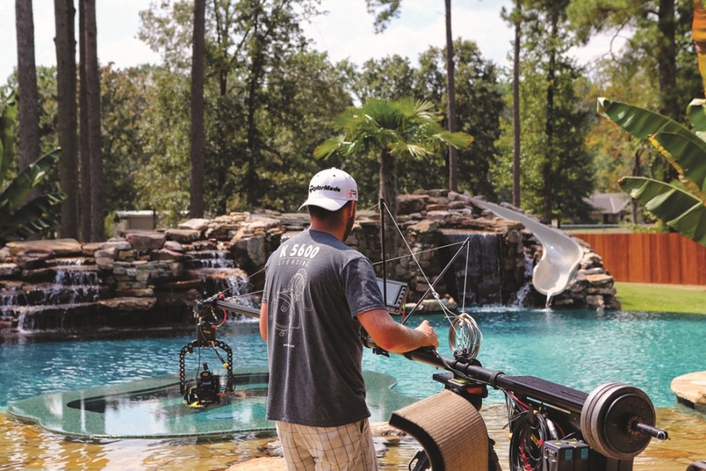 “We heard late last year that a television production company in Texas, USA, had a very busy work schedule with a host of concurrent productions, and they had discovered Polecam and were using it to an extraordinary level in many of their productions to speed up the workflow and yet add production values. They have a large studio complex in Dallas and further facilities in Austin but a significant part of what they are doing is shot by crews on location all around the world. This has to be done very efficiently to get the content captured to their exacting high standards, within budget, and on time. They were using Polecam rigs locally and globally to achieve this, and producing excellent and entertaining output showing high production values. Their use of Polecam was, and is, outstanding. ” 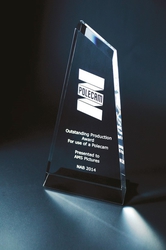 “This year we have great pleasure in presenting the Award to AMS Pictures, Dallas Texas.”

The Award was accepted at NAB in Las Vegas by Joshua Moore, Head of Production at AMS Pictures, along with Taylor Witt, Senior DP. Joshua is known for his cinematography skills and in building and leading effective and creative production teams. A prime example of this streamlined location work, now in its third series, is ‘You Live in What?’, a highly entertaining program for the HGTV network in the US which unearths extraordinary and amazing home conversions around the world.

Joshua said: “While using Polecam I immediately saw it doubled our capture rate on our HGTV programs. The Polecam weight and footprint allowed the production team to set up different shots around the properties that would be impossible to do with our Jimmy Jib with the time constraints we had on this production. These days budgets are slimmer, so we don’t have as many crew members. Using Polecam is the only way that we are able to execute these productions, and still offer that nice fluid movement that crane shots bring. Polecam allows us to quickly generate high class jib shots and moves from many different viewpoints inside and outside the various locations.”

“Any home or architectural production desperately needs that type of movement and it gives you that extra edge. What I need now is for the local rental companies to buy Polecams so I can rent them locally when I need to expand past my own rigs.” I’ve bought my third now, and I have a local owner operator on a twelve month contract, then I’m renting additional rigs, so at times I’m running six Polecams for my productions.”

“Polecam is literally used on almost everything we are shooting on Original Programming now.”

The company has continued to develop and refine Polecam, never standing still, and today Polecam Systems offers a wide choice of ways to own a rig, from the Polecam Starter Pack, an entry level configuration which, using the Long Head, will take a variety of cameras such as minicams, D-SLRs, the Canon C300, Sony Nex 700, Black Magic Design Cinema camera or RED, and now, at the higher end of the range the new Polecam Professional Pack PPP.
When configured as 7th Heaven, the full Polecam rig has an extended reach of 8m/26' and when fitted with a minicam you can get right in close to where the action is, giving a unique creative viewpoint to your productions.

There is a whole range of mini HD cameras, other specialised cameras, heads, accessories, recorders, not to mention 3D, underwater add-ons and Extreme SloMo too. Polecam will change the way you shoot and the way you think about shooting.