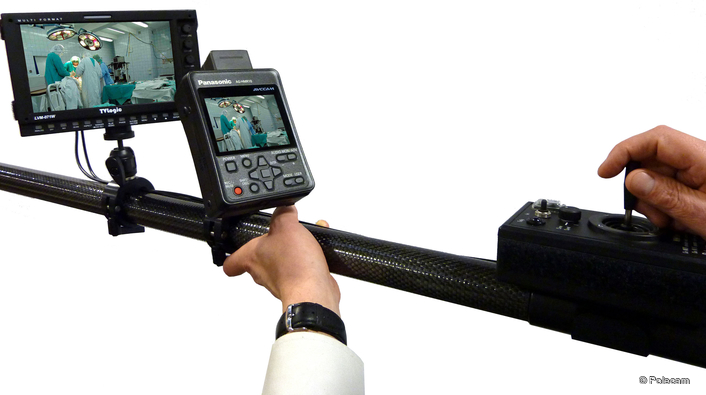 "This new recorder/camera combination from Panasonic is an exciting development," comments Polecam founder and Managing Director Steffan Hewitt. "Added to a Polecam, it offers potential customers either a versatile entry-level HD rig or a state-of-the-art HD medical rig, the medical area being one in which Polecam is gaining a growing reputation for excellence.

"Camera and recorder can both be mounted directly to a current Polecam. All the controls are exactly where you want them and large enough to be used with confidence even in low light. Iris, focus and zoom can be remotely operated from the front panel of the AGHMR10 recorder via up to 10 metres of cable. The recorder has a 3.5 inch monitor and an enlarged-display focus-assist function which can be used in conjunction with a larger Polecam-mounted LCD monitor or even instead of one. In terms of size and weight, the recorder is far more portable than any traditional tape or disc based device, and far more robust. 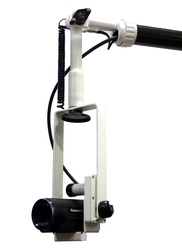 "Ten years ago an SD Polecam including a bulky and power-hungry luggable VTR cost more than £25,000. Today we can supply this complete energy-efficient rig including Panasonic HD camera and recorder for less than £20,000.

"Polecam was established in 1998 by extreme sports cameraman/director Steffan Hewitt. While directing a series of windsurfing kit commercials in Hawaii, he needed to obtain close wide-angle front sequences of a windsurfer in action, shot from a tracking boat or jet ski. Steffan improvised a rig comprising a miniature camera on a carbon-fibre windsurfing mast. Returning to Britain, he developed a lightweight go-anywhere rig with a remote joystick controlling a high-precision pan and tilt head. Polecam is now supplied in HD and SD versions with a range of additional options including underwater and 3D pan/tilt heads.

Polecam's full production capabilities will be demonstrated on stand B10 throughout Broadcast Video Expo 2010 in London (Earls Court 2, February 16-18).