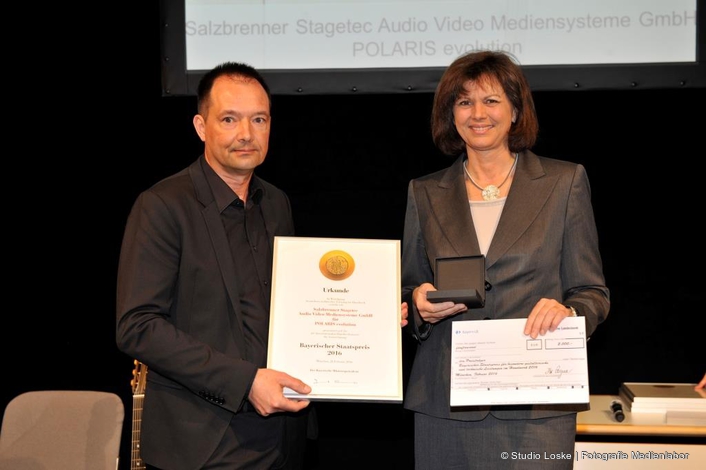 Every year during the Internationale Handwerksmesse (IHM, 24.02.-01.03. 2016), the trade fair for craft trades in Munich, the Bavarian State Prize is awarded for outstanding achievements in design and technology. This year, Polaris Evolution from Salzbrenner is one of the award winners.

On Sunday (28th of February 2016) the Bavarian Minister for Economy Ilse Aigner and Iris Gleicke, Parlamentarian State Secretary of the Federal Minister for Economy and Energy, presented the awards in a formal ceremony. Every year, the trade fair focuses on achievements, quality and innovation in craft, and provides a platform for the latest products from more than 1000 exhibitors. On this occasion, the digital audio mixing platform Polaris Evolution is one of the award winners. The mixing console is a Salzbrenner product from the Salzbrenner Stagetec Mediagroup in Buttenheim, Germany. There the mixing console is continuously developed and updated as well as manufactured in the ISO 9001-certified plant engineering department and precision-engineering department. 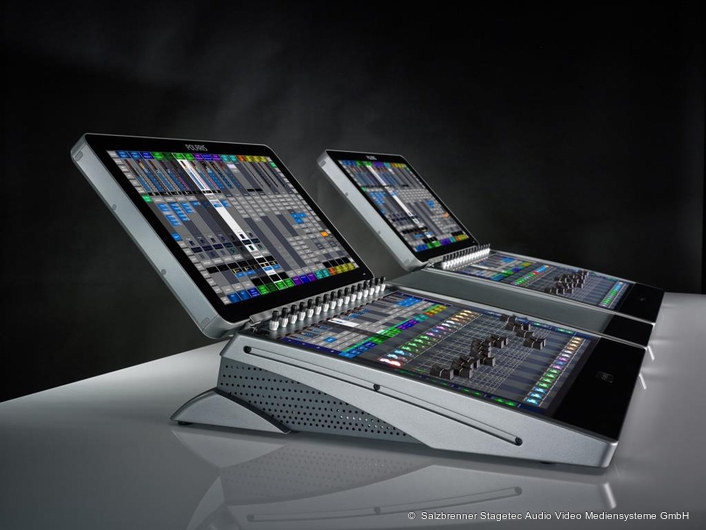 On Sunday, Wolfgang Salzbrenner, one of the managing directors of the Mediagroup, received the award and commented: “As a Franconian family business, we represent the highest Made in Germany quality and are regarded as a successful combination of both proven traditional and innovative technologies. We are happy that Polaris evolution is not only appreciated by the professional audio sector but also respected in craft. After Polaris Evolution won the Design Award by the Upper Franconian Chamber of Crafts in 2015, we feel confirmed in having developed an innovative and future-proof product.” 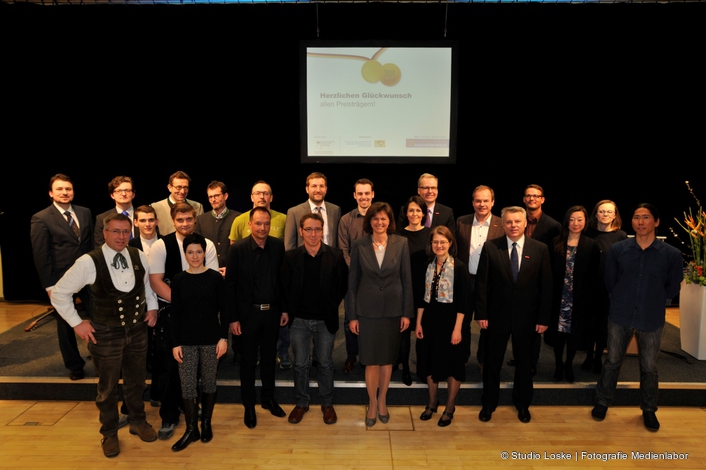 Group picture of the award winners

About Polaris Evolution
The system for audio processing is based on a modular and scalable network concept and can adapt flexibly to various applications and requirements, for example in opera houses, theatres or live situations. It consists of several hardware components which can be combined freely and offer new options for users due to the system’s future-proof technologies. The intelligent Polaris Evolution is able to learn individual workflows and perform them automatically. Its architecture allows several users to work with the console simultaneously, so multiple productions can be processed while occupying minimal resources.