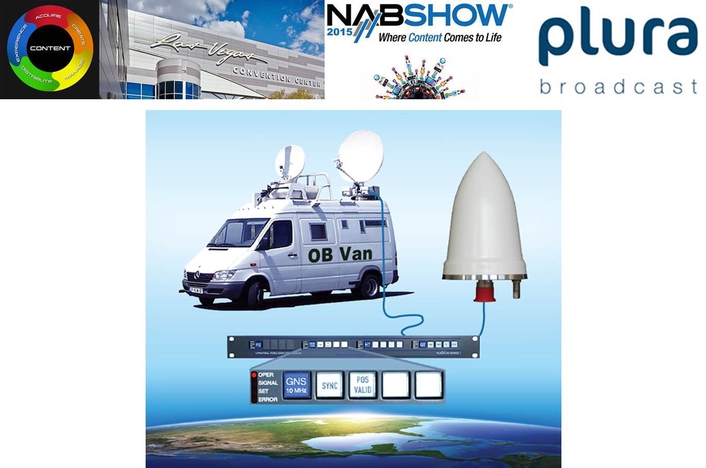 “Any drift in the signal beyond nanoseconds will resonate across the production workflow, adversely affecting everything from editing to playout automation,” said Ray Kalo, president, Plura Broadcast. “The GNS 10 Module brings exceptional stability through a highly robust oscillator, ensuring broadcasters and consumers are not inconvenienced by lip sync and other on-air performance issues. Leveraging Alpermann-Velte’s years of expertise in timecode solutions, broadcasters are assured a rock-solid reference signal for accuracy and synchronization.”

Plura will offer the GNS 10 MHz module as an option for its Alpermann-Velte Rubidum Series, a range of compact, modular 1RU and 3RU housings for the integration of all-in-one master time code systems. A typical Rubidum chassis can incorporate the GNS 10 MHz Module and Ethernet connectivity alongside distribution amplifiers, time code inserters and readers, blackburst generators and switches, and a wide variety of analog, HD and 3G video signal converters. The Rubidum architecture ensures scalability for multichannel systems requiring additional housings.

Options include a second antenna input and receiver to improve the availability of GNSS signals, with the redundant systems in constant communication to determine which offers the best line of sight to satellite systems—and which receiver has the best reception quality. This redundant architecture is especially ideal for mobile news and production vehicles working out in the field.