PlayBox Technology reports the successful implementation of a ProductionAirBox at PlanetaTV's Annual Music Awards 2013 Live show. ProductionAirBox was employed as the main player for this live production. 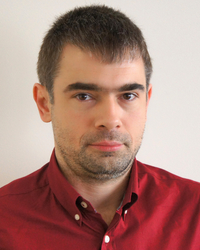 During the awards ceremony ProductionAirBox server was used to play back synchronised video sequences to the three on-stage video walls. Another video output was dedicated to the video mixer in the OB truck. The built-in multiviewer displayed time and video information that helped the back stage and control room teams to work together during the show.

“We are extremely happy with the performance of ProductionAirBox and with the functionalities the built-in multiviewer provides,” says Radostin Petrov, Technical Director, Planeta TV. “ProductionAirBox is another powerful solution we can rely on. We have worked with PlayBox Technology for over 12 years now, employing five AirBox playouts for our main channels with character generation and interactive graphics provided by TitleBox servers. Our main ingest system consists of two CaptureBox servers. The ingested materials are managed by the DataBox metadata system."

ProductionAirBox provides content playout for news, live shows, studio screens and video walls, live production broadcasts and other places where video content has to be displayed. It offers four independent players in single server. The video output standard can be changed at any time. An integral aspect ratio and resolution converter as well as support for a wide variety of compressions help media content to be played without transcoding. Playlist items can be modified at any time even while content is being played.

About Planeta TV
Planeta TV was first launched in 2001 and quickly became Bulgaria’s preferred channel for folk music. Over the years the channels expend to three - Planeta TV, Planeta Folk and Planeta HD -  all broadcasting 24/7 and targeting a very wide audience around the world. Planeta TV productions include live and recorded concerts as well as music videos.

About PlayBox Technology
PlayBox Technology is an international communications and information-technology company serving the broadcast, corporate and digital signage markets in more than 100 countries. It is dedicated to the research, design, development and provision of the best products, systems, solutions and services. With over 14,000 TV and branding channels powered by PlayBox Technology, the chances are you will have experienced our broadcast solutions for yourself. Users cover a wide range of today’s broadcast activities and include start-up TV channels, webcasters, DVB (IP/ASI) TV channels, interactive TV and music channels, film channels, remote TV channels and disaster recovery channels as well as satellite, local, regional, national and international broadcasters.