UTV is the leading independent television station in Northern Ireland, where it is an extensive user of Pixel Power graphics products. Launched on 1st January 2015 UTV Ireland serves viewers in the Republic of Ireland. The channel is transmitted from Belfast, using Pixel Power BrandMaster graphics and control, with news broadcast live from a new-state-of-the-art newsroom in Dublin.

LogoVision is the highly cost-effective platform for graphics in a high pressure, automated environment. Using pre-built templates, the device populates news graphics, weather reports and more with information entered automatically or transferred from other systems. Alongside the flexible integration capabilities, it provides excellent quality thanks to its 10-bit HD downstream keyer, and high reliability through redundant power supplies and automated bypass.

“The Dublin newsroom was a standalone greenfield site for us, so we started with a blank sheet of paper for the equipment,” said Michael Corcoran, Director of Broadcast Technology and Operations.“

Having experience of Pixel Power products we were confident LogoVision would do exactly what we needed, including the integration with Avid.” 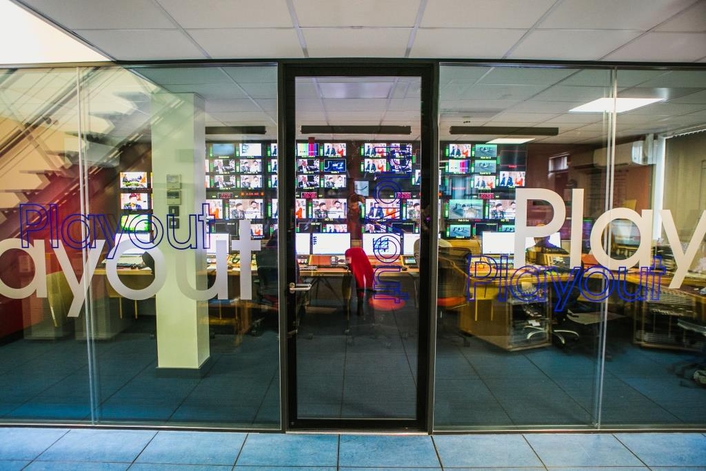 At UTV Ireland the Pixel Power LogoVision is linked to an Avid iNews preparation and playout system. An ActiveX plug-in for each workstation allows journalists to prepare graphics and link them directly to the story as well as use the WYSIWYG preview to check spelling, formatting and layout of template elements. For rundowns and playout the newsroom uses Avid iNews and Command, which automates programme production.

“Broadcast technology has to be smart today,” added James Gilbert, CEO of Pixel Power. “It is not just about creating great graphics – although that is not easy – but making it fit into a practical workflow that does what the people need. The new UTV Ireland operation is a fine example of a modern newsroom: slick automation allows the journalists to concentrate on what they do best. Pixel Power is delighted to be a part of it.”