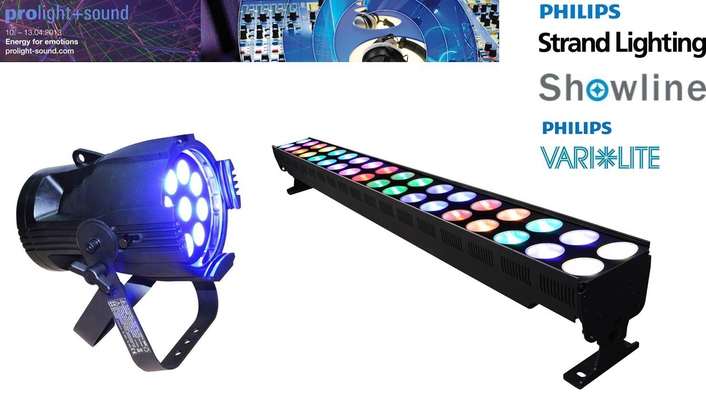 The Philips team will be on stand to demo and discuss the 250ML, which is an evolution of the popular Strand series 200 console. It features four encoders and an LCD display screen for quick and easy automated lighting and LED control. Along with all the standard features found on a preset desk, the 250ML control console is ideal for smaller productions with a hybrid of lighting instruments.

"The 250ML was launched at PLASA last year and has proved an ideal lighting control solution for schools and colleges, multi purpose venues and smaller theatres," comments Pete Borchetta, product marketing manager for Philips Entertainment. "Since its launch we've had a great response from customers and end users. The introduction of the dynamic, new iPad controls has also been well received. The iPad application works with the whole family of Palette control consoles and comes complete with all the functionality found in the user-friendly Palette OS software, plus a few new surprises. And with Apple software compatibility for all devices operating on OS4 or newer, the iPad controls for the Palette control consoles are unlike any in the industry."

The vibrant range of luminaires can be found in Hall 11, Stand D73 and includes Philips Showline's 4-foot SL BAR 640 and 6-foot SL BAR 660 linear wash luminaires. Both deliver exceptional light output and can be used as a wash or as a direct-view linear bar.

Joining them will be the SL BAR 520 - a two-foot RGBW linear wash luminaire that produces over 8000 lumens of output with six standard 8° lenses. In addition high-resolution pixel mapping control and a unique locking system allows for quick connecting of multiple units both vertically and horizontally while retaining perfectly even pixel pitch.

Also on stand the SL PAR 150 ZOOM - an LED Par with a manually adjusted beam angle of 15°-70° and utilizing nine homogenized RGBW LEDs to produce over 3200 lumens of output. It features a dual-purpose yoke that can be used to hang the fixture or as a versatile floor stand.

Launching at Prolight+ Sound, the extra rugged, compact, 4-in-1 RGBW LED SL BAND 310, offers exceptional light output and incredible color definition at a stunningly bright 2400 lumens of output and 23° beam angle. The blended color output ensures smooth color mixing whether projecting on a surface or illuminating an audience. The compact size utilises an internal power supply, so no external supplies or cables are required.

All of these Showline luminaires feature Harmonize Color Calibration, intuitive LCD menu system, stand-alone abilities, RDM capabilities and other standard features. Additionally a totally new Showline product with unprecedented output and capabilities will be revealed at the Prolight + Sound show.

"Showline is an exciting addition to the Philips family," said Brad Schiller, Showline product marketing manager. "In the development of the complete product family, we have taken our time to ensure that all Showline products integrate into a seamless package of useful and reliable LED luminaires. For example, all Showline products utilise homogenized RGBW LEDs, built in effects, color calibration, and many more features never before offered on LED luminaires. So whether used in wash or a direct-view application, Showline luminaires will add to any production."

Also on show will be the newly released software for the popular VLX Wash luminaire. This enables individual cell control of the seven powerful 120-watt RGBW LED light engines inside. Sparked by the success seen in the VLX3 Wash, the software update is applicable for all existing VLX fixtures and now gives lighting designers the creative freedom to deliver stunning multi-colored effects with unique output capabilities, easily programmed from any lighting controller.

"Lighting designers really loved the individual LED cell control feature of the new VLX3 Wash and began asking for it to be available in the original VLX Wash," explains Brad Schiller, product marketing manager for Philips Vari-Lite. "The new software means designers can use all seven light engines as one, or operate each one independently. This enables users to create a plethora of dynamic chases and exciting looks, both on the front of the fixture and in the aerial beams.

"In addition we're delighted to be exhibiting our new VL3015, VL3015LT and VL3515 luminaires, which deliver a great range of professional lighting products to designers and specifiers featuring all the creative tools they are looking for," continues Schiller. 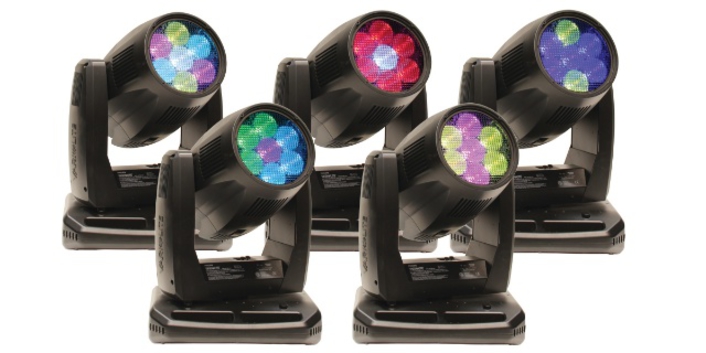 In addition the VL3015LT Spot contains an independent rotating and indexing 3-facet prism as well as an independent frost glass. The zoom range of 6° to 60° allows for use in a multitude of applications from stadiums to theatres and an optional handle attachment allows the fixture to be used as manually positioned followspot while retaining DMX control of all other functions.

"The VL3515 Spot luminaire has an added feature of a four-blade shutter mechanism that allows the blades to be operated independently or in unison for a clear and crisp image," continues Schiller. "Both luminaires also house standard dual reflectors that allow users to choose between either a peaked or flat field beam. In the peaked beam, the fixtures provide 27,000 lumens of output, and in the flat field beam they both provide an output of 22,000 lumens. The reflectors are easily changed, and whichever one is not chosen rides securely inside the luminaire on a specially designed mount."

"The new VLX software and the ultra-bright VL3015LT are definite game changers, that will easily enhance the multifarious types of productions that happen worldwide," concludes Schiller. "We are really looking forward to showing them off to the visitors at Prolight + Sound.